Bruno Hortelano: I love sprinting because...

Spain’s 2016 European 200m champion Bruno Hortelano is currently on the crest of a wave, having set national records for both the 200m and 400m this season. The 26-year-old delves into both his past and present to explain his passion for running fast.

I remember first being inspired to run after watching Maurice Greene demolish the 100m field at the Sydney Olympics. Shortly afterwards I recall, as a grade three student, beating the year four and year five kids in the schoolyard and thinking, ‘Wow, I guess I’m pretty fast’.

Growing up running track in the highly competitive Toronto region (where Hortelano was raised), I remember taking on Aaron Brown (the Olympic 4x100m bronze medallist) and many others who later became international-level sprinters. Although I was far from the most successful kid, I didn’t quit.

My dad encouraged me to focus on improving myself – that which was in my control – rather than on the other runners. That is why we always made a big deal out of PBs and personal improvements, which always generated big moments of celebration. Now, years later, while I respect all my opponents, I don’t fear any of them.

It is hard to pinpoint what drives me to sprint because it is partly an emotional decision. One factor is a desire to push my own limits. I enjoy the responsibility of competing in such an objective individual sport, but when I perform well, it is important to recognise the key role others have played in my journey. It is also just as important to remember to accept failure if I’m not doing well, which I believe helps me mature as both a person and as an athlete.

In September 2016 I had a serious car accident days after returning from the Rio Olympics, sustaining a large gash in my head, a catastrophic hand at risk of amputation and general body injuries. Following six months of surgeries and rehabilitation, I lost much of my muscle mass and tone. The traits I gained from my upbringing were invaluable in my determination to overcome my injuries and work hard day after day to return to competition.

While some pundits questioned my chances of success, I pledged to come back even faster than before. And so I did. In 2018 I broke both the 200m and 400m Spanish records in my comeback season, proving that everything is possible if you believe enough and work hard for it.

Running fast allows me to feel absolute bliss and thoroughly enjoy the present moment instead of worrying about the past or the future. That feeling of absolute peace I get from sprinting is somewhat of a spiritual experience and it allows me to push all my doubts, fears and insecurities out of my mind.

Sprinting brings me the feeling of searching for my limits in a very tangible way. It makes me feel alive. I’d be happy with life if I could one day look back at my athletics career and say I really pursued what I loved and that I extended my skills and discovered my limits. 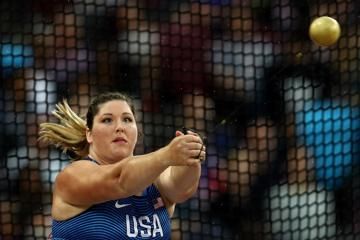 Deanna Price: I love throwing because...... 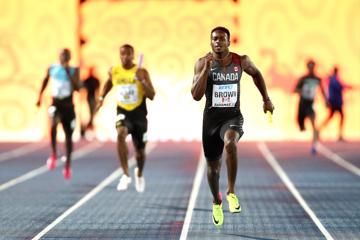 Aaron Brown: I love sprinting because...... 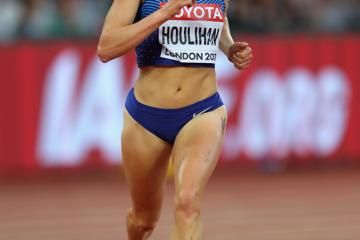 Shelby Houlihan: I love running because...... 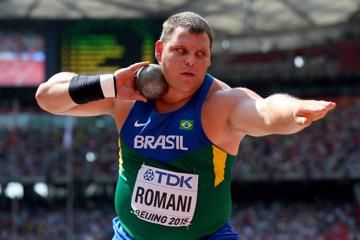 Darlan Romani: I love throwing because......