Advice to my younger self: David Oliver

David Oliver, the now retired 2013 world 110m hurdles champion, shares some candid thoughts on his younger self, which he believes others can learn from.

“Many people love to offer advice and change many things about their life, but for me I’d just say, “stay the course”. I’d not change anything because every setback you experience always serves a purpose. I honestly don’t feel that had I started the sport earlier or maybe gone to a different university is something I desire. I love the path I walked down, so I would tell myself to hang in there and stay the course.

“Of course, when I was younger I made mistakes. We all do. As guys we are slow to mature and I did some stupid things. At Howard University I performed well as a hurdler. I won races and conference championships but at homecoming time I decided to hang out with friends and I missed two practises in my sophomore year. My coach was furious and kicked me off the team only for a colleague to talk him out of it and give me a two-meet suspension instead.

“The suspension actually ran from October through to January because I was waiting to serve the two-meet ban. I was sat on the bus in street clothes fetching snacks for the team. It was embarrassing. To me, this was a huge wake-up call and made me realise how close I’d been to letting everything slip and returning back to Denver to live in my mom’s basement. It was a reminder of how fleeting your career can be and as my coach reminded me - Howard University was here way before me and would be here way after me – and I have only the interim period to leave a legacy.

“From that point on my track coach started to keep a closer eye on me. But I can assure you I never slipped up again and made the same mistake. Previously I was coasting. I had no plans to turn pro, but everything was to change following the end of my suspension.

“I would also say I have no regrets or advice to give because if you have never been through setbacks, how does that teach resilience? Going through challenges teaches you coping strategies fo the future.

“Even during my pro career any setbacks served a purpose. I enjoyed great success in 2008 (winning Olympic 110m hurdles bronze) but in 2009 I tore my calf and missed a large chunk of the season. That gave me the fire for the great 2010 season I enjoyed. So without the disappointment of 2009, I maybe wouldn’t have enjoyed the 2010 season – which was a year which propelled me to legendary status (when he ran a national record 12.89 – a time which still stands fourth on the all-time lists today)." 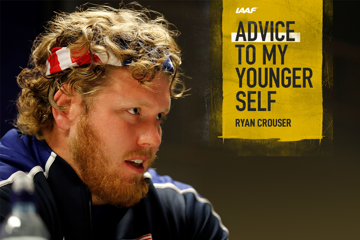 Advice to my younger self: Ryan Crouser... 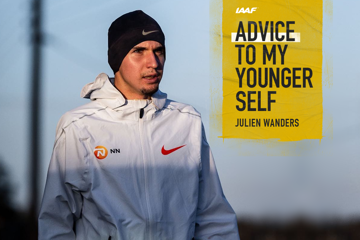 Advice to my younger self: Julien Wanders... 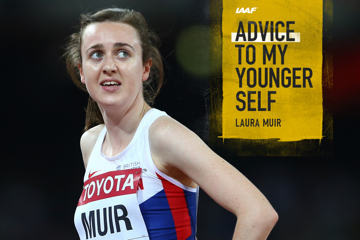 Advice to my younger self: Laura Muir... 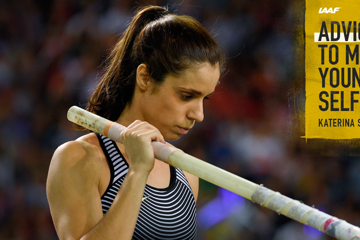 Advice to my younger self: Katerina Stefanidi...