Maria Mutola is the most successful athlete in the 31-year history of the IAAF World Indoor Championships.

What were some of your earliest indoor experiences?

That came in 1992 during my time living and training in Eugene when my coach (Margo Jennings) told me about running indoors. She told me about the smaller tracks and the tight banked bends. I recall after my first ever indoor race, my calves and muscles were so sore. Back then I didn’t know how to run indoors or how to negotiate a bend. That first race for me was tough. But over time, racing at the Millrose Games every year and in other meets in the US and Europe, I gained more experience.

In 1993 you were unbeaten during the indoor season leading into the IAAF World Indoor Championships in Toronto. How motivated and confident were you to compete in Canada?

My coach told me I could run well and win at the World Indoors. I had a lot of confidence and the respect of the other athletes.

You defeated a top-class field fairly comfortably in Toronto, winning by a second and a half. What did winning your first global title mean to you?

It meant a lot. I went to the US on a scholarship and I knew I had to perform, so to win the World Indoor Championships for the first time was marvellous. At that point in my career I didn’t know a lot about the other athletes. All I knew was I had to be at the front when the bell rang to be in with a good shout of winning. It was very exciting for me and proved that I could do more during the outdoor season (where Mutola went on win the world 800m title in Stuttgart).

Two years later at your second World Indoor Championships you were an established star in the sport as a double world champion in 1993 and on the back of a long unbeaten streak in the 800m. Did you feel invincible as you went on to triumph at the 1995 World Indoors in Barcelona?

In any race, the pressure is on and you never know what is going to happen. You have to remain focused at all times and remember the other athletes in the field also want to win and all share that same desire. I thank my coach because she was the driving force in motivating me and kept me dreaming of winning more titles.

Maria Mutola in action at the 1995 World Indoor Championships

In 1996 at the Olympic Games you lost your long unbeaten streak in the 800m (stretching back to 1992 discounting her disqualification from the semi-finals of the 1995 World Championships) as you took bronze. Was there extra motivation in 1997 to come out and clinch a hat-trick of world indoor 800m titles?

Yes, it (Atlanta) was very disappointing. You can never be complacent and it is always important to remain focused.

My father passed away just before the 1997 World Indoors in Paris. I had been scheduled to compete in Birmingham but instead I flew back home for the funeral. I was emotionally down and I didn’t intend to race the World Indoor Championships. But while I was back home, I received encouragement from my family to compete.

I had missed some training (because of my journey back and the funeral) and I was a little out of shape, so that is why I changed my tactics for the final. This time I left it late and used my finishing kick (to win by 0.35 from Natalya Dukhnova of Belarus) because I was not in the best shape.

In 1999 you had to relinquish your crown when taking silver behind Ludmila Formanová. Was this a big shock?

That was tough for me. It was very difficult for me to race someone who I hadn’t competed against that year until Maebashi. I had the fastest time in the world that year but Formanova came from nowhere to win gold. I was not happy to lose but that is how racing goes sometimes.

In 2001 in Lisbon you edged an epic battle by 0.04 from your great Austrian rival Stephanie Graf. Of all your World Indoor Championships successes, was this the most satisfying?

I have to say, yes. Stephanie was a big competitor and both in Lisbon and at the World Championships in Edmonton later that year we were very close. We knew each other well and she knew how to run against me.

The race in Lisbon was close but I knew I had won as soon as I crossed the line because I took a peek at the big TV screen in the stadium.

Two years later in Birmingham you secured title number five before the following year gaining the better of a new rival in world indoor record-holder Jolanda Ceplak. What were your recollections of Budapest?

At that point in my career I was more mature and, in some ways, I had nothing to lose because I had won so many titles and indoor competitions. Ceplak had broken the world indoor record but I knew if I put myself in contention with 400 metres to go I would be in with a chance. From there I didn’t let anyone pass and took control of the race.

Your seventh and final world indoor crown was secured in Moscow in 2006, yet this was one of your toughest assignments, right?

Yes, for two reasons. One was it was very cold outside at about -17C and when walking around Moscow breathing was a problem. Secondly, I expected a very strong challenge from the home athletes. After the semi-finals I developed a cold and I was not in good shape leading into the final. I couldn’t breathe too well so I decided to sit in at the back and use my kick finish. It was a very hard victory to accomplish.

In 2008 you returned for one final crack at the World Indoor Championships but had to settle for bronze. What happened in Valencia?

I had a hamstring problem which restricted my ability to sprint. It was a very frustrating race for me in that things didn’t work out as I would have wanted them to. The race was a little slow and I didn’t have the kick finish I wanted. I went to Valencia to defend my title and I wasn’t satisfied.

When you look back on your career, can you quite believe you won seven world indoor titles?

No, when I look back I would say it is impossible but somehow I managed it! It was thanks to the many great people I worked with who made it possible. They made me believe I could win and kept me focused and motivated. Even today I give speeches in Mozambique where I talk about my seven world indoor titles. It was very special for me.

Why do you feel you had such a successful indoor career?

It is hard to say. I had a desire of wanting to defend my title. I think my running style was suited to running indoors. I felt I had the speed to excel and I was able to negotiate the tight banked bends. It was a combination of many things.

What's your top tip for running an indoor 800m?

I would say make sure you are in front at 400m because this allows you to control the race. And from this point, make sure nobody passes you!

BACK
Pages related to this articleAthletes
Maria de Lurdes Mutola 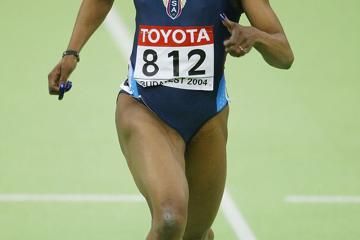 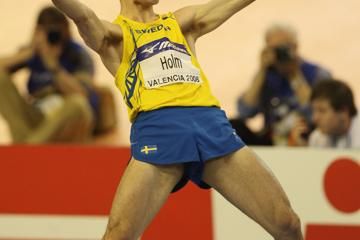