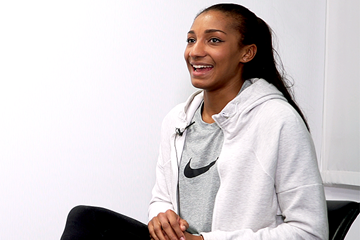 The sixth episode of this season's IAAF Inside Athletics is available to watch online now and features an exclusive interview with Belgium's world and Olympic heptathlon Nafissatou Thiam.

The 23-year-old first tasted international success when winning the 2013 European U20 title and was touted as a future star. But it still came as something of a surprise when she improved her heptathlon PB by 300 points to win the Olympic title in 2016.

Since then, she has established herself as the world's leading heptathlete, winning the 2017 European indoor title, the 2017 world title and improving her lifetime best to 7013 in Götzis last year.