In the latest in our Fab Five series counting down to the IAAF World Cross Country Championships Aarhus 2019, we highlight five classic finishes from past editions of the World Cross.

So often outgunned in sprint finishes at major championships, Paula Radcliffe turned the tables on her Ethiopian rival Gete Wami to power to victory in conditions which can best be described as a quagmire in Ostend.

Radcliffe, the 1992 world U20 cross country champion, was outpaced to 10,000m gold by Wami at the 1999 World Championships in Seville and many expected a repeat at the Hippodrome Wellington when the tiny African edged ahead with 200m remaining.

Nonetheless, on this occasion, the Briton responded to surge past her long-time rival in the energy-sapping mud and claim a memorable title-winning success.

With 300 metres remaining, Morocco’s Zahra Ouaziz appeared destined for victory having opened up a small but significant advantage. Yet the Ethiopian unleashed a scintillating late burst of speed to take her beyond Briton’s Paula Radcliffe, Kenya’s Margaret Ngotho and then right on the line a crestfallen Ouaziz.

In a measure of the closeness of the finish, the three medallists were all credited with the same time.

For some this was the finest World Cross Country Championship finish in history as a photo-finish was needed to separate the three medallists.

With 200 metres remaining at Gateshead’s Riverside Park four men from four different nations were still in contention. Alberto Salazar, the New York Marathon champion, was the first to wilt but in an exhilarating burn up for the line unheralded Ethiopian Bekele Debele edged Portuguese veteran Carlos Lopes for gold with Some Muge of Kenya claiming bronze.

Debele, who had finished 10th in the U20 race at the previous year’s World Cross Country Championships, became the youngest ever winner of the senior title, aged just 20, a record he was to hold until his compatriot Kenenisa Bekele eclipsed him by winning the 2002 world cross-country title aged 19.

In a race with more twists and turns than an Alfred Hitchcock classic, USA's Craig Virgin claimed the first of his back-to-back world cross-country titles at Longchamp racecourse.

Nick Rose of England appeared all set for victory as he held a commanding 40-metre lead heading into the final 800 metres. However, Rose’s lead quickly evaporated as the tall German Hans-Jurgen Orthmann caught and passed the long-time leader heading into the final 400 metres. Yet in one final twist, Virgin produced a late burst of acceleration to forge past the inside of the German in the final stages to deliver an thrilling win in Paris.

John Ngugi earned the second of his five world cross-country titles in a classic head-to-head showdown with his compatriot Paul Kipkoech, which went down to the wire.

The pair were streets ahead of the opposition when Ngugi - with about 400 metres remaining - briefly went off course and conceded his small advantage to his fellow Kenyan.

In the drag race to the line, Ngugi and Kipkoech appeared to clash elbows only for the former to prevail by a stride. Ngugi was on his way to creating World Cross Country dynasty while Kipkoech claimed the world 10,000m title in Rome later that year. Tragically, however, the 1987 world cross-country silver medallist was to die eight years later at the age of 32. 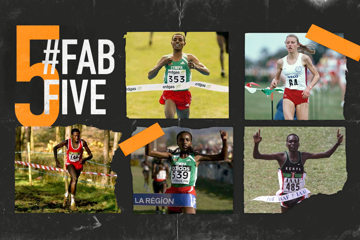 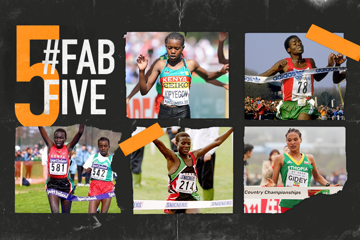 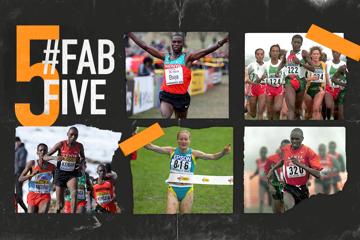 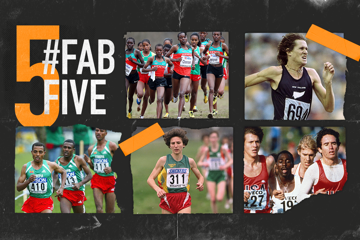