Ahead of the IAAF World Cross Country Championship Aarhus 2019, our fab five series turns its attention to some icons of the World Cross.

Accumulating a record-breaking 27 gold medals at the IAAF World Cross Country Championships during an unprecedented period of success, it is doubtful whether the Ethiopian’s total will ever be surpassed.

Announcing his arrival on the global stage aged 18 by taking silver in the senior men’s short course race at the 2001 World Cross Country Championships in Ostend, he returned the following day to win the U20 race by a 33-second margin.

This was only the start as Bekele went on to complete a scarcely believable five successive senior long and short course doubles (from 2002-2006) before completing a record-breaking sixth long course crown in 2008 in Edinburgh.

Arguably the first global star of women’s distance running – which in the 1970s was still in very much an embryonic state – the pioneering Norwegian set world records on the track, dominated on the road and left a huge legacy at the World Cross Country Championships.

Claiming the first of four successive senior women’s titles in Glasgow 1978, she regularly trounced the opposition and claimed victory by a record-breaking 44-second margin at the 1980 edition in Paris.

The first man to establish a genuine dynasty of success at the World Cross Country Championships, the enigmatic Kenyan will be remembered as a true legend of the event.

Claiming his first victory in the senior men’s race in 1986 in Neuchatel, Switzerland, Ngugi then went on to retain his title for the following three editions. His victory in 1989 in cloying mud in Stavanger, where he triumphed by almost half a minute, is regarded as his signature triumph.

He added further gloss to his World Cross record by adding a fifth title in the Boston snow in 1992.

During an extraordinary career which boasts three Olympic titles and five World Championship track crowns, the stylish Ethiopian has long proved the master of the seemingly impossible. And as her record of eight individual medals (five gold and three silver) proves, she has been just as impressive at the IAAF World Cross Country Championships.

Winning her first medal, a silver, aged just 16 in the U20 race at the 2002 edition in Dublin, she returned 12 months later to strike U20 gold in Lausanne.

As a senior she claimed a trio of long course victories in 2005, 2006 and 2008 but perhaps her finest hour came in St Etienne 2005 when completing the long and short course double.

The Kenyan distance great may have frequently just missed out on the ultimate track prizes courtesy of his nemesis Haile Gebrselassie, but during the second half of the 1990s he was invincible over the country (a surface, interestingly, Gebrselassie could never master).

Possessing a long loping stride, Tergat claimed the first of his world cross-country titles in Durham in 1995 to kick-start a sequence of five successive men’s senior titles. His streak was finally brought to an end in 2000 – when he had to settle for bronze – but by then his legacy had already been assured. 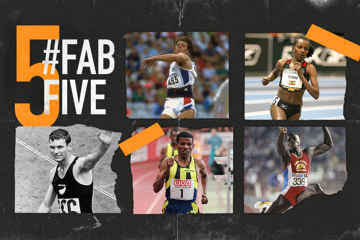 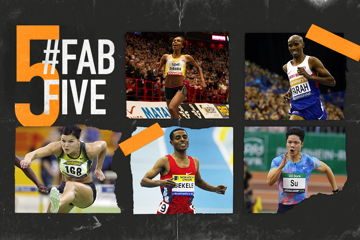 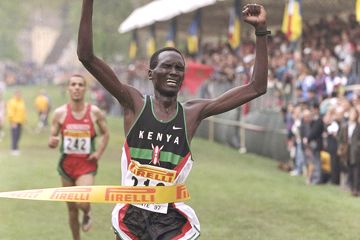