The Athletic Life: how plogging can improve your fitness and the environment

Ever wished you could help heal the environment while also working on your fitness? Now you can – by plogging

As runners, we like to imagine our footprints are light. Of course, we might travel for races, but most of our efforts are probably done locally – from our front door, back home again. We move lightly (if only in our heads, not on our pounding feet) through the environment. We don’t carry much – keys, perhaps water, a gel packet or two for the long ones. Most importantly, I hope, we leave nothing behind.

In races, as I dimly recall from those happy race-filled days of yore, when water is offered, I like to award myself imaginary time bonuses by throwing the cup or bottle directly into the rubbish bins provided – and I applaud and support all the races organisers doing their bit to cut down on their use of single use plastic. I’m not much of a trail runner – geography rather denies me that pleasure – but I know a lot of the trail running and ultra-racing organisations rightly have strict race policies about carrying reusable cups, and disqualification policies for litterers.

The word – and the concept – come from Sweden, a mix of plocka upp (to pick up) or plocka skräp (to pick up litter) and jogger (jog). The idea is very simple: take with you on your run a small bin bag and a pair of gloves and stop occasionally to pick up rubbish. Of course, you’ll probably only scratch the surface, and possibly even come away depressed by the realisation of how much there is to do. Nevertheless, it all helps.

I live near one of the biggest green spaces in London, and recently its conservators revealed that in normal times, they fill a skip full of litter every six or seven weeks. With Covid-19 restricting indoor activities, but people flocking to green spaces, they are now filling that skip each week. Half of their staff time is currently spent dealing with this, and this alone. If people just took their rubbish home with them, plogging would of course be totally unnecessary – but as they don’t, it’s not.

I once went plogging with a group (again, remember those days?) in central London. I soon realised two things: firstly, that plogging can actually be its own, slow, competitive sport – who can fill their rubbish bag first? – and secondly, that the amount of plastic waste thrown on to London’s streets, frequently within a few metres of bins, is utterly depressing. Drinks bottles, endless plastic caps, crisp packets, and endless, endless cigarette butts. It’s sad enough sorting through all this mess on London’s already fairly grimy streets, but how much worse when you see the same marring beautiful green spaces. Bits of plastic snagged in branches, or dumped in or near ponds: not just an eyesore but a danger to wildlife.

Above all, there is no better time than now to slow down and observe this: and do your bit. There are no races on most of our calendars in the near future. Nothing really urgent to train for that dictates we can’t stop once in a while to pick up a bit of trash. And besides: it’s actually really satisfying to have a concrete purpose to a run, rather than just getting outside. In the UK, there is a fantastic organisation called Goodgym who were set up to combine exercise with, well, doing good stuff. Everything from helping community organisations to building a new garden, to visiting isolated older people (that one, of course, in non-pandemic times). Even from a purely selfish point of view, it’s a great way to take the pressure of yourself to ‘perform’ a certain way on a run, recalibrating it entirely.

Plogging also has the benefit of being something that’s great to do with a friend or small group (if Covid restrictions allow, of course) – even with people of very varying paces. There’s no need to worry about being too fast or too slow, you can just agree on an area you’ll try to clear, and the faster people can just move around faster and pick up more litter or double back and rejoin. If you are super keen to add some strength and conditioning work, you could even do a squat every time you pick up something from the ground.

With so much uncertainty and fear in the world at the moment, and so much to be negative about, it’s actually hugely rewarding to set yourself a small, achievable goal: clear the rubbish from that particular lawn, that bit of the field, that square of grass, and do it. Give it a try: mission achieved, and green space – however small – restored, I swear you will feel a little bit better about the world, and your place in it. 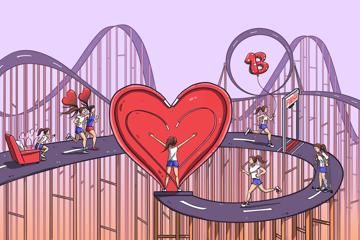 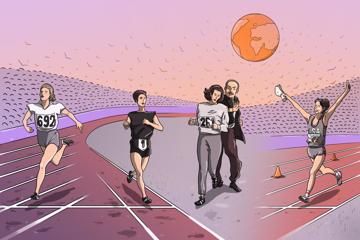 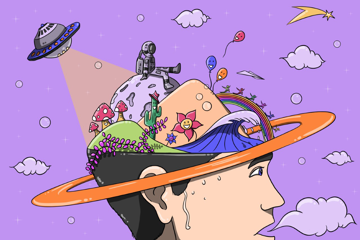 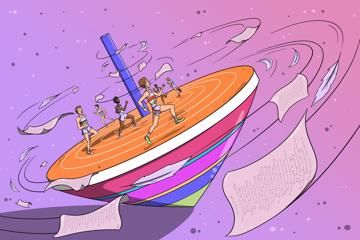