A dozen books to kick-start your athletics library

The deeds of those who have made their name on the track, or the road, are recalled by the participants, or honoured by observers. Meanwhile those wishing to partake of this magical realm are offered all manner of advice as they prepare to tie up their laces and get underway.

So here goes with the first, unscientific, sample of what is out there for those wishing to follow, or to participate in the great sport of track and field.

Emil Zatopek won 10,000m gold and 5000m silver at the 1948 London Games and returned to the Olympic arena four years later in Helsinki where he won the 10,000m, the 5000m and – even though he had never run the distance before – the marathon; an achievement never likely to be matched.

His life forms the basis of Rick Broadbent’s Endurance: The Extraordinary Life and Times of Emil Zatopek (Bloomsbury, 2016). Our hero’s athletic virtues were startling enough – by the time of his last race in 1958 the Czechoslovakian soldier had 18 world records to his credit, not to mention an additional three European titles.

But it is the political context in which he was obliged to compete, painstakingly described in Broadbent’s intelligent, ambitious and wide-ranging account, which deepens one’s regard for a figure whose quirky, seemingly unquenchable spirit was recognised and appreciated around the world. 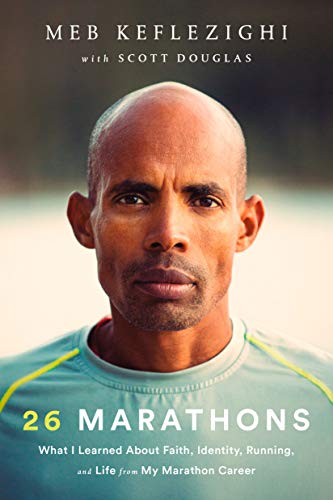 When Meb Keflezighi – the first person in history to win both the Boston and New York City marathons as well as an Olympic marathon medal, having taken silver at the 2004 Athens Games – ran his final marathon in New York City on 5 November 2017, it marked the end of an extraordinary distance-running career.

Two years on he has written a book which reflects on each and every one of those marathon runs, and how they have challenged and changed him. It is entitled, fittingly enough, 26 Marathons (Rodale Books, 2019).

“Meb’s 26 Marathons is like opening a treasure chest full of inspiring stories... It is pure gold!” said Shalane Flanagan, a home winner in the women’s race on the day Meb ran his last one.

Can you run away from grief, and fear? Can you run towards acceptance, and peace of mind? These are the primal questions posed in Running Home: A Memoir (Random House, 2019) by Katie Arnold, an established writer about extreme athletics.

Following the sudden death of her father through cancer, and the anxiety that gripped her a year later when she feared she was also dying, Arnold found that her solace came in running. Running and running, out in the wilds.

She then turned seriously to ultra-distance trail running as an outlet for grief and a space for self-reflection.  She also investigates the science that appears to back her instinct that this is a healing process.

On the theme of ultra-running, acclaimed author Adharanand Finn, who has previously produced the hugely popular titles Running with the Kenyans and The Way of the Runner, has this year issued a despatch from another part of the athletics parish.

The Rise of the Ultra Runners (Pegasus Books, 2019) looks at an area of running that has moved into the mainstream in recent years and become popular around the world.

On the theme of anxiety, Kelly Holmes, Britain’s 2004 Olympic 800m and 1500m champion, has been brave and open about the occasional struggles she has had during, and after, her running career.

Her latest book, Running Life (Kyle Books, 2018) is an inspirational, practical guide for improving physical and mental health. Holmes draws upon her own experiences of dealing with depression and the heart-breaking injuries that helped deny her for many years the rewards her talents merited. 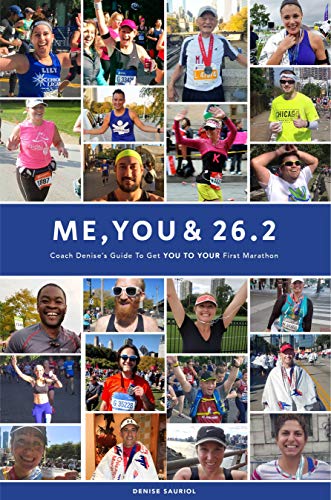 Coach Denise Sauriol has competed in more than 100 marathons, and is apparently known as The Marathon Whisperer. In her book Me, You and 26.2 (BlogintoBook.com, 2018) she offers her own accumulated experience, interspersed with first-hand accounts from novice marathon runners – all intended to persuade and support the virgin marathon runner.

Sauriol’s personal journey was traumatically interrupted by an accident while out training which left her with several broken vertebrae, and caused her to re-think her attitude once she was, thankfully, able to return to running.

The marathon, as one might expect, is the subject of many books that are published on the broad subject of running. But you will go some to find better advice than that offered by the late, and lamented, Sunday Times athletics correspondent, Cliff Temple, who also coached athletes to Olympic level.

Marathon, Cross Country and Road Running (Stanley Paul, 1990) is still available, and a classic – not least because of Cliff’s ability to be funny and instructive at the same time. Opening a page at random – and it is page 147: “The recurring rule of thumb for getting fitter is: Hard work plus rest equals success. Hard work, plus hard work, minus rest, equals injury.”

Cliff sets out tables as a guide to starters on the marathon trail. He advises a year of training. But he knows what runners, and people, are like, so he also provides a six-month version. Even if you never run a marathon, you’ll enjoy reading this.

We’re skipping back in time a bit here, but this famous athlete, in a revised version of his 50-year-old autobiography, references a letter he received from a contemporary – that is, 70-year-old – man from Lancashire.

The correspondent related how he had been inspired to start running by watching a cinema newsreel screening of what he describes as “that wonderful race”. That race was the one in which Roger Bannister broke the four-minute mile with his time of 3:59.4 at Iffley Road, Oxford.

And Bannister’s original book, written as elegantly as one might expect, has been updated and reincarnated as The First Four Minutes (Sutton Publishing, 2004) and, three years before his death, Twin Tracks (Robson Press, 2015).

He recalls the moment when he made history. “The last few seconds seemed never-ending. The faint line of the finishing tape stood ahead as a haven of peace, after the struggle… I leapt at the tape like a man taking his last spring to save himself from the chasm that threatens to engulf him.” 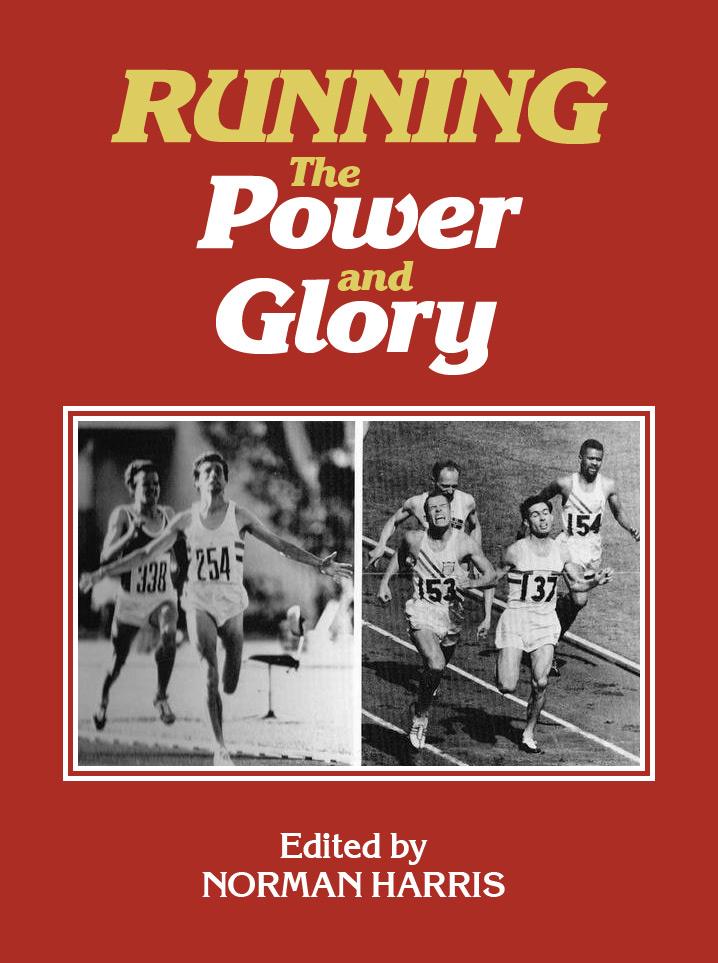 While we’re in classics mode, there is another, still available book edited by the late, highly esteemed former Sunday Times journalist Norman Harris that is a box of delights. Running – the Power and Glory (Partridge Press, 1986).

The selected pieces within take one through the history of athletics in irresistible fashion, starting with an account of how the great runners of their time, Walter G George of England and Scotland’s William J Cummings, had met in 1886 at Lillie Bridge Stadium in London in what was the latest in a sequence of challenges over a mile. The description is taken from Kings of Distance, written by journalist and novelist Peter Lovesey. George wins, after effectively running the Scot into the ground.

Amid first-hand reports of great races, featuring Peter Snell, Ron Hill, Roger Bannister, Vladimir Kuts and Jack Lovelock, there is another account from Lovesey, forensically examining the performance at the 1952 Helsinki Olympics of another fabled athlete – Emil Zatopek.