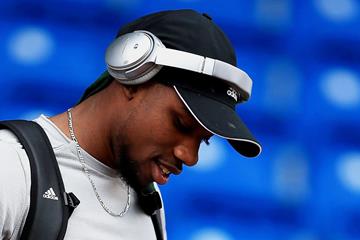 Plato once said that music gives a soul to the universe, and for a large proportion of the world’s best athletes it’s an essential part of their routine.

Whether it’s to psyche themselves up for a race, to calm their nerves at a crucial moment or to help them through the daily grind of training, it can be a powerful aid.

But what songs stoke the fires for the fastest, fittest athletes on earth? We caught up with world 200m champion Noah Lyles and asked him to share his pre-race playlist with the world.

"This is my go-to playlist when I’m running at a Diamond League or major championships," says Lyles. "I created this playlist in this specific order, with each song put in for a different part of my warm-up. The first song sets up the whole thing and then from Praise On The Inside to Never Let Me Down, those are really good songs I like to listen to when I’m stretching and doing active drills. Then by the time I get to Ima Boss to New God Flow I’m doing drills.

"Sometimes I’ll get to Don’t Like but usually New God Flow will be the last song I hear before going into the call room – it’s the song that takes me over the edge. I only make a playlist for races, I don’t use these songs for training because I don’t want to wear them out."

Praise on the Inside – by J Moss

Never Let Me Down – by Kanye West

Rise and Shine – by J. Cole

Voices In My Head – by Big Sean