Family workouts to do at home

A week into lockdown – and home schooling – and I’m trying desperately to cling to some kind of timetable.

At first I had noble thoughts about how kids need routine. Now I realise it’s entirely for my own sanity. The day is so formless and endless without some kind of structure, and I fear the descent into constant screen time (and yes, again, that's just me).

For the kids, academic work is one thing – their school has been amazing in setting work online and in downloadable paper form – so there’s plenty to occupy their minds. But what about their bodies? My two girls are pretty active but suddenly their tennis, swimming, athletics and school PE lessons are gone, and all those steps they effortlessly notch up running round the playground have vanished too. And there are, I know, still more active kids out there who must be feeling like animals in captivity. I keep thinking of trips to a zoo where there’s a large cat pacing up and down – well fed but listless, not genetically programmed for captivity.

In England, at the moment, we are allowed out once a day for exercise. So of course we can take the children out for a walk or an informal interval run (by which I mean a walk on which I occasionally tell them to run to the next lamp post, or post-box, when the street is deserted). But they do generally need chivvying into things that aren’t familiar to them.

However, from thinking there would be little for them to do at home to stay active, I actually now feel rather overwhelmed by the sheer number of YouTube live streams and classes and apps and brilliantly inventive obstacle courses on social media which I could never hope to recreate. Where on earth to begin?

My kids, at least, seem best to take to new versions of familiar favourites. Our local gym has put on a timetable of classes via Zoom, including a daily kids’ one. They’ve been doing the real life version twice a week for a while, so this has novelty (“He can see us at home!”) combined with familiarity. If you are lucky, perhaps a sports club that your kids usually attend are doing something similar on an online platform. That way, they also get to feel connected to that community, and part of their lives that's so suddenly vanished.

But they also like silly stuff, particularly younger kids. When – in happier times – the weather is rubbish and my girls are reluctant to go out, I set up circuit sessions for them. That might seem a bit hard core but it’s all just stuff that kids thrive on. So for instance:

4 or 5 sets of these exercises, 1 minute each, with 30 seconds rest between each exercise (Timings are of course, entirely discretionary!) 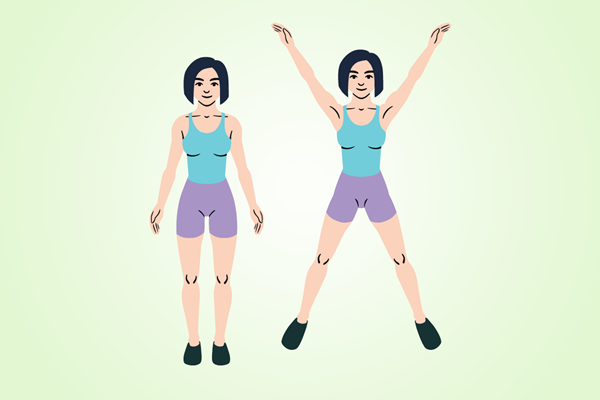 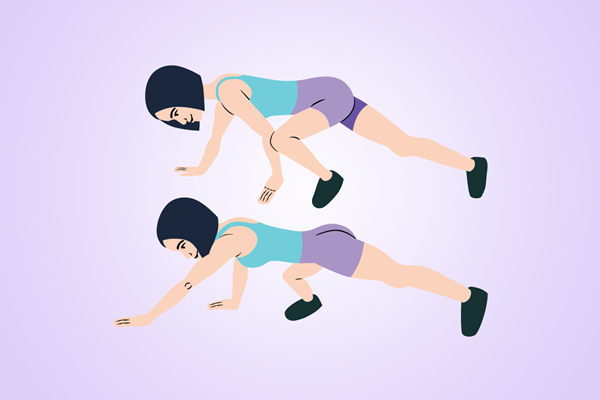 Jumps – imitating a frog on a hotplate 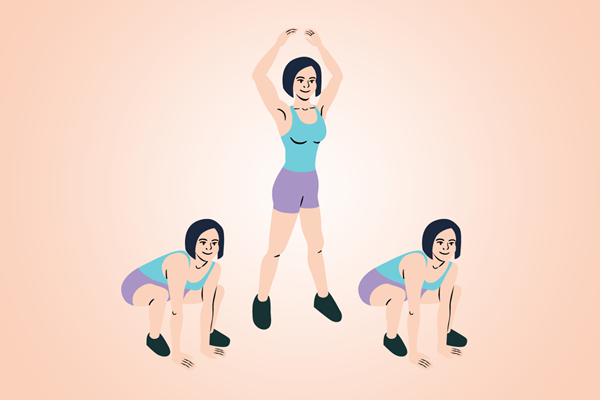 Moving between plank position and downward dog, nice and slowly 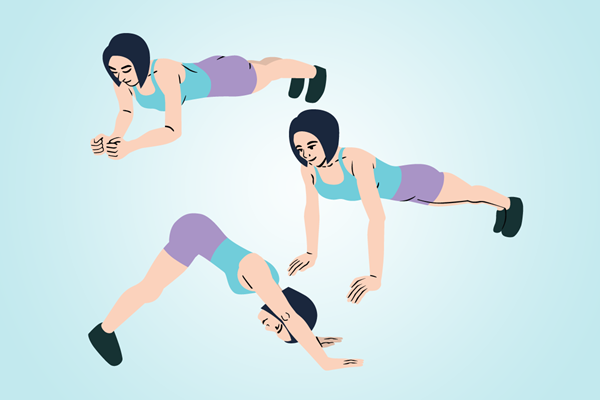 Naturally, crazy dancing is everyone’s favourite exercise, but be warned: it MUST be performed with the proper technique; if you wouldn’t be utterly embarrassed to be caught doing it, you really aren’t doing it right.

If you worry that sounds like a lot – do give it a try. You’ll probably find the kids are far fitter than you think – often far more than the adults, and especially when it comes to anything that uses mobility or core strength. That’s my other health advisory warning: never, ever, indulge in competitive yoga with a small child. You WILL lose.

Other indoor exercise options that don’t need classes are utilising a games console. That's particularly good for reluctant exercisers – something like Just Dance which gamifies movement. It's the exercise equivalent of smuggling vegetables into a soup or smoothie.

Alternatively, if you have a flight of stairs, put something small – a Lego brick say – on each step in a flight. Make them go up to the top one to retrieve it, all the way down. Then the second to top one, all the way down again. Then third from top, etc. When they get to the bottom, they have to make something with all the bricks as quickly as possible, then dismantle it, and do the whole thing in reverse putting one brick back at a time. A small jigsaw would also work – they just have to assemble it at 'half time'. They don’t need to run or race – don’t want them falling of course! – but they’ll get a good workout even if they just walk up and down that many times.

A final devious plan I invented the other day: send the kids to fetch things from the laundry basket to the washing machine (move the laundry basket if it’s too near!) but ONLY one at a time. Yes, even socks. If nothing else, it might just encourage them to be a bit more careful about getting food all over their clothes, right?