Over the past decade, the Wanda Diamond League meeting in Monaco has established a reputation as the best place in the world in which to attempt a middle distance world record.

In that time, four of those records have fallen at Herculis EBS meeting. Ethiopia’s Genzebe Dibaba established a world 1500m record of 3:50.07 in 2015 and Kenya’s Beatrice Chepkoech sparked a series of world record-breaking performances in the Stade Louis II stadium when she demolished the 3000m steeplechase world record there in 2018.

Last year, world and Olympic 1500m champion Faith Kipyegon came closest to extending that streak when she set her personal best time, a Kenyan record of 3:51.07, the fourth fastest time in history, and just one second outside Dibaba’s mark.

Kipyegon returns this year, having dominated the World Championships final in Oregon to win her second world title. And with two 3:52 clockings already to her name this year, if she maintains such supreme form, the 1500m record will surely be in danger again this week.

She will have a strong field to help her to a fast time, with another five sub-four-minute runners in attendance, including the Ethiopian pair of Hirut Meshesha (the winner in Rabat and Rome) and Axumawit Embaye.

Kipyegon is one of 12 newly-minted world champions on the starting lists for Monaco, and elsewhere the focus will be more on racing rather than records.

The Jamaican pair of Shelly-Ann Fraser-Pryce and Shericka Jackson will extend their rivalry in Monaco, fresh from respective victories in the 100m and 200m in Silesia at the weekend, where world champion Fraser-Pryce set a world-leading time of 10.66 to win the short sprint. 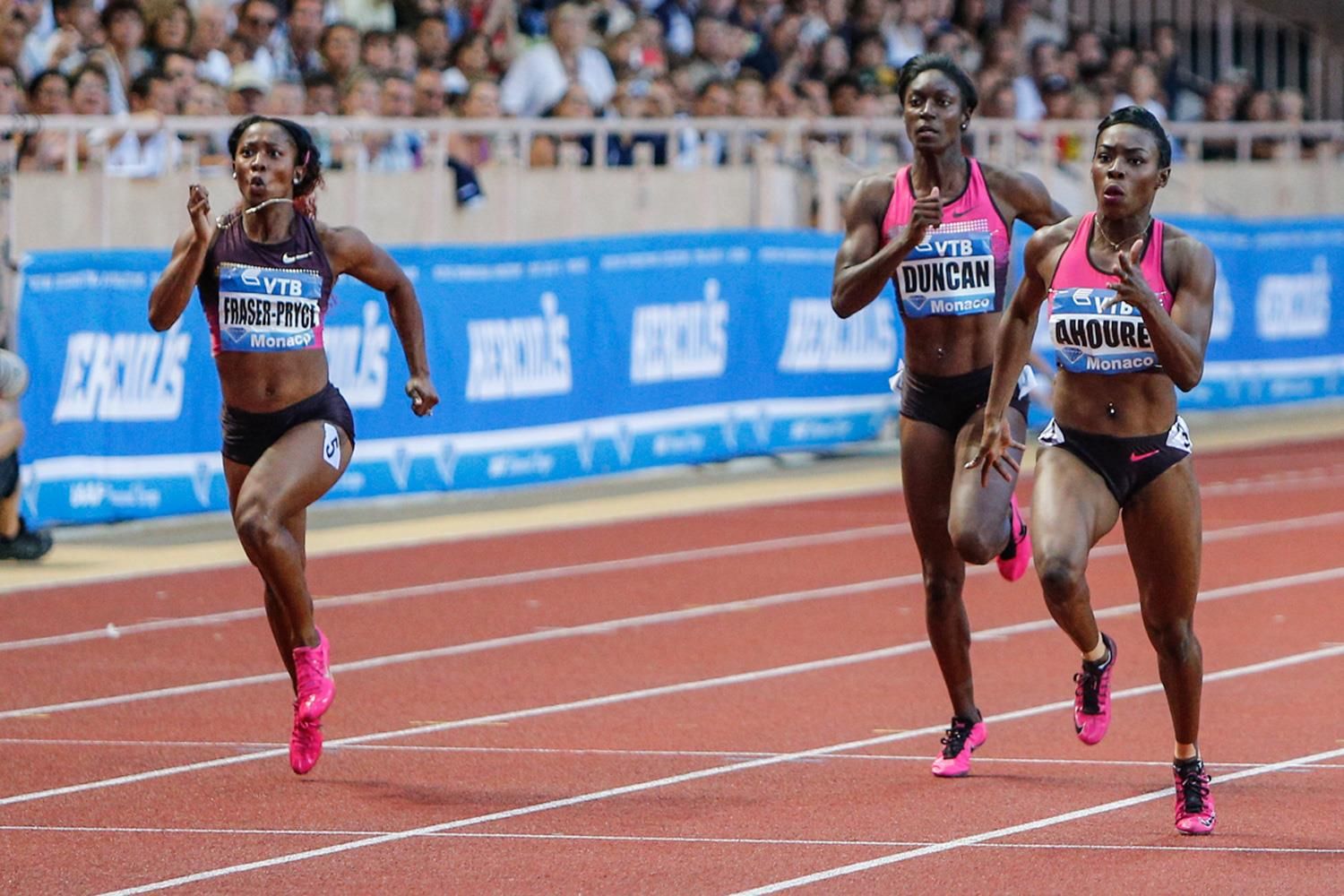 Jackson is racing in Monaco for the first time and knows that facing Fraser-Pryce in the shorter event will always spur her on.

"I love competing with Shelly. She brings out the best of me, when we are competing in the 100m," the Olympic 100m bronze medallist said at the pre-event press conference. "She always brings her 'A' game. I’m looking for super exciting times tomorrow."

World 400m champion Michael Norman will step down in distance to take on two-time world champion Noah Lyles in a stacked 200m field, which includes the top five men from the World Championships final last month and seven sub-20 second sprinters, among them the world silver medallist Kenny Bednarek and the US wunderkind Erriyon Knighton. It’s the sort of line-up that might bring out an even faster time than Lyles’ 19.31 to win the world title – the fourth-fastest performance in history.

"I talked a little about my plans after World Championships in the press conference in Oregon," said Lyles. "I was telling people how I didn’t think that my peak was going to show at Worlds. I’ve been saying, give me a month and the world record will be in my sights'.

"Every time I step on the track now is to get closer and closer to the world record."

"This rivalry - this is the guy that I don’t get to see often, that everybody wants to see me go up against," explained Lyles.

Norman added: "On this pro level, we’re relighting this fire, this rivalry. I think it’s really exciting and great for the sport.

"I know I’m in the best shape of my life in terms of pure strength but I haven’t sprinted (the 200m) since April. I’m excited to come out here and finally sprint and let loose, because I feel like I have been holding back all year."

The men’s 110m hurdles will feature a clash between the dual world champion Grant Holloway, silver medallist Trey Cunningham, Olympic champion Hansle Parchment, US champion Daniel Roberts, and world U20 record-holder Sasha Zhoya, who is still finding his way in the senior event.

Sitting alongside Parchment in the pre-event press conference, Holloway said: "I grew up watching him, one of my idols. It comes down to: what can I take out of his game, and throw it into my game?

"He has paved the way and it’s up to me to repave it and make it even better for the next person that’s coming up." 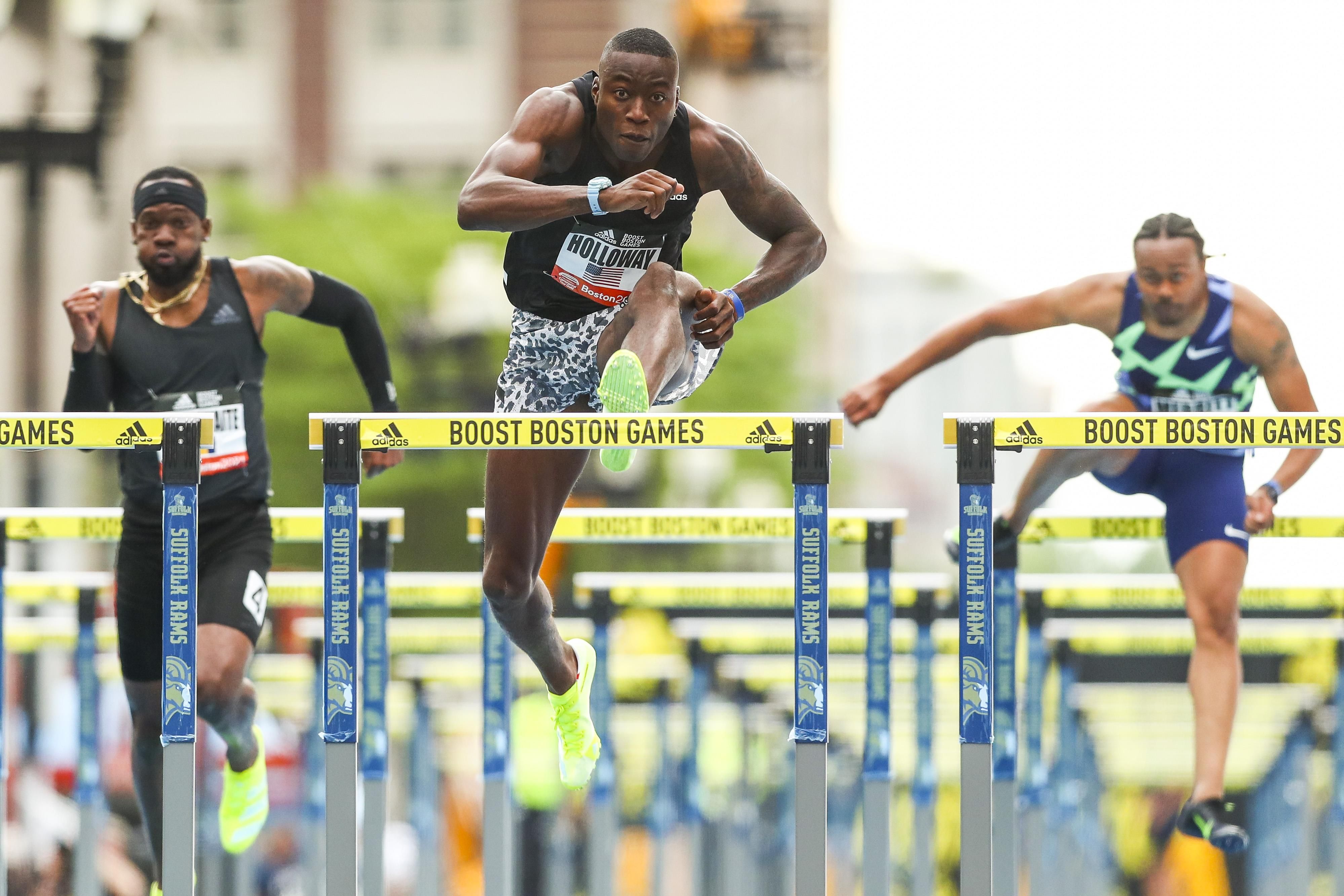 Other world champions on the track in Monaco include two-time Olympic champion Shaunae Miller-Uibo, in an intriguing match-up with USA’s Olympic 200m bronze medallist Gabby Thomas and the new Commonwealth Games champion Sada Williams over one lap. 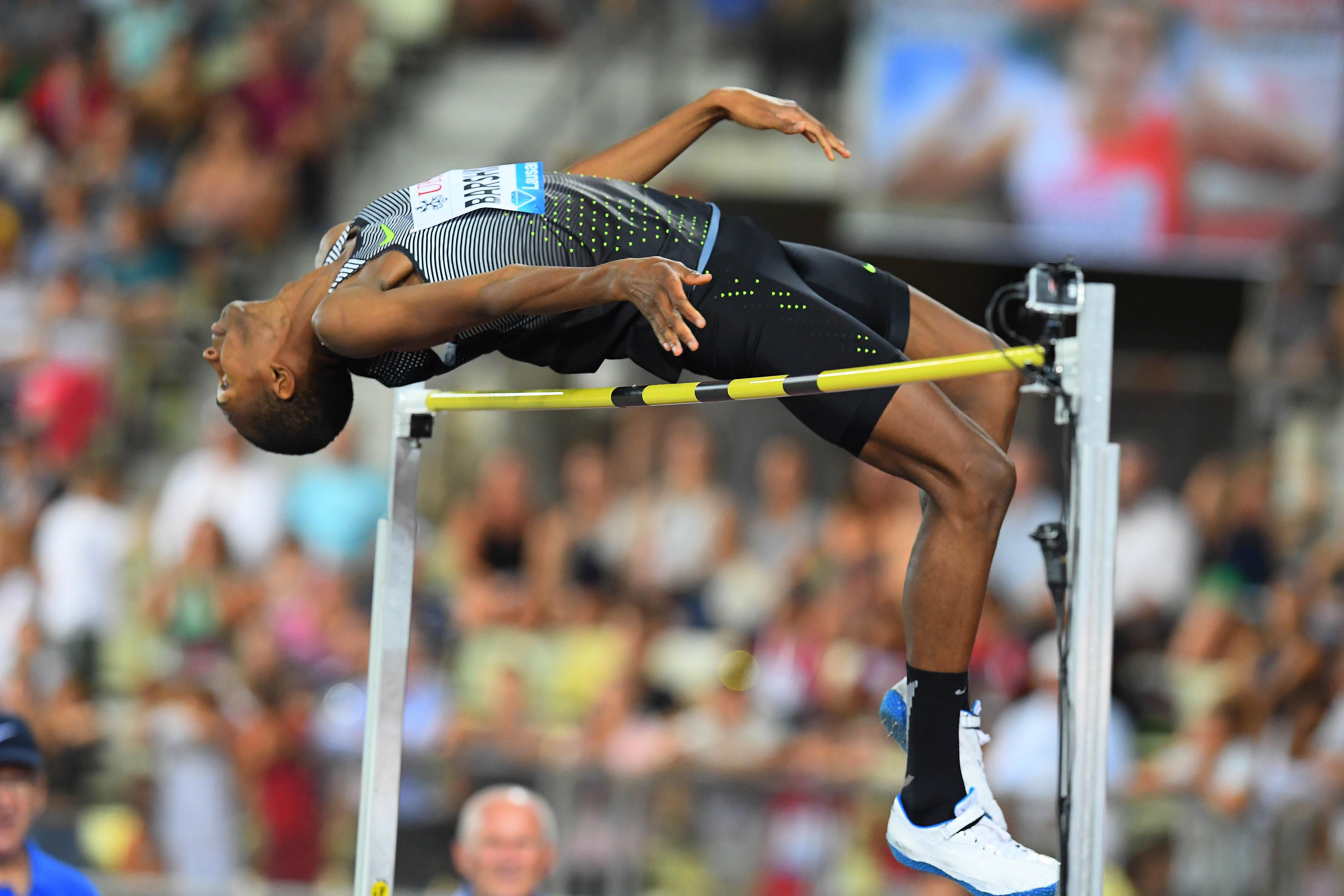 Despite the presence of the full medal podium from Oregon in the women’s triple jump, Rojas will start as the raging favourite to extend her years-long winning streak, given her dominance of this event.

The men’s high jump has yet to catch fire this year but the field assembled in Monaco – which includes the top six from Oregon – could finally ignite the event, as Barshim renews his rivalry with fellow Olympic gold medallist Gianmarco Tamberi and fellow world medallists Woo Sanghyeok and Andriy Protsenko.

Tamberi has recently had covid, but will be using the event as part of his preparations for the European Championships in Munich.

"It’s very important for me tomorrow to jump and prove to myself that I am ready for Europeans," he said. "To go out there and compete is the only thing I can do, to push myself and get some confidence."

Olympic champion Miltiadis Tentoglou heads the field for the men’s long jump in what could be a preview of next week’s European Championships, with Sweden’s Thobias Montler also in the field, as well as Cuba’s Maykel Masso, USA’s Steffin McCarter and Marquis Dendy and India’s Commonwealth Games silver medallist Murali Sreeshankar. World U20 champion Erwan Konate will take on the big boys after winning his second consecutive global junior title in Cali last week.

In the only throwing event on the programme, Australia’s Barber will be primed to put on a show after injury ruled her out of the Monaco meeting last year. She arrives with both the world title and the Commonwealth Games title in the bag, for a rematch with her fellow medallists from Oregon, Kara Winger and Haruka Kitaguchi, a last-round winner in Silesia at the weekend. Barber’s compatriot Mackenzie Little is also a threat after throwing a personal best of 64.27m for the silver medal in Birmingham on Sunday.