Continental Tour Gold set to start with a bang in Eugene

Both women’s and men’s 100m events are on the programme, which is being held as part of the Oregon Relays, and the women’s entry list includes the USA’s multiple world and Olympic gold medallist Felix as one of 12 sub-11-second sprinters. Joining her are Olympic long jump champion Tianna Bartoletta of the USA, Ivory Coast's world indoor 60m champion Murielle Ahoure, Nigeria’s world and Olympic medallist Blessing Okagbare, 2019 US champion Teahna Daniels, double world U20 champion Briana Williams and 2016 world U20 champion Candace Hill.

World 200m champion Lyles is back in action after opening his season over 100m last weekend and the American forms part of a men’s field also featuring world leader Ronnie Baker, who ran 9.94 in Texas at the end of March, plus 2016 world indoor 60m champion Trayvon Bromell as he makes his 2021 100m debut.

Olympic 400m champion Miller-Uibo of The Bahamas races over one lap against 2017 world champion Phyllis Francis and world relay gold medallists Wadeline Jonathas and Jessica Beard, while the men’s line-up includes Michael Norman, who ran 43.45 in 2019 to become the joint fourth fastest ever 400m sprinter, plus his training partner Rai Benjamin, who won world 400m hurdles silver in Doha.

Taylor in triple jump, Price and Andersen in hammer

DeAnna Price contests the hammer, fresh from improving her own North American record to 78.60m, and she will face Brooke Andersen, who that same weekend became the second US woman in history to throw beyond 78 metres with 78.18m.

Puerto Rico’s Jasmine Camacho-Quinn returns to the track after her impressive time of 12.32 to move to equal seventh on the world 100m hurdles all-time list in Florida on Saturday. She races against the USA’s world 400m hurdles silver medallist Sydney McLaughlin, who improved her 100m hurdles PB to 12.92 recently to become the first woman to break 13.00 for the 100m hurdles, 23.00 for 200m and 53.00 for the 400m hurdles, and Nigeria’s Commonwealth champion Tobi Amusan.

France’s Jimmy Vicaut, who only raced once in 2020 and opens his season in Eugene, is among the men’s 200m entries along with Josephus Lyles, Jereem Richards and Ameer Webb.

Grenada’s world champion Anderson Peters leads the javelin entries, while Rudy Winkler – third on the US all-time list with 80.70m – goes in the hammer.

Fans in the USA will be able to watch the action live via NBCSN while coverage will also be available on USATF.tv and a live stream of the meeting will be available in some territories via the World Athletics YouTube channel. Further broadcast information will be included in our pre-meeting ‘how to follow’ guide. 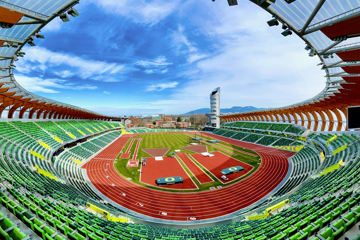 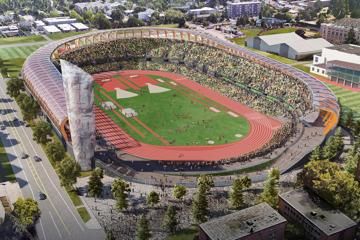