Not content with capping her season by taking the Diamond trophy in Zurich three days ago, Olympic champion Valarie Allman continued her incredible year in the discus by breaking the North American record with 71.16m at Berlin’s ISTAF meeting, a Continental Tour Silver competition, on Sunday (12).

Her record-breaking throw came in the first round. Even before her discus landed comfortably beyond the 70-metre line, Allman was beaming and punching the air in delight, knowing that she’d hit a good throw. Just moments later it was confirmed: her 71.16m had broken the North & Central American & Caribbean record that had stood to Cuba’s Hilda Ramos since 1992. It also smashed the meeting record that had stood to Margitta Pufe since 1979.

Allman skipped the second round, but resumed her series with 65.15m in round three before ending her day with throws of 66.78m and 68.80m. All four of those measured marks would have been enough to win from Olympic bronze medallist Kristin Pudenz, who was second with 64.52m.

“Honestly, I am still processing this,” said Allman. “This stadium, the crowd and the competition was so incredible. This season has had so many magic moments. One thing I wanted to do this season is to improve my best. 2021 is coming to an end and I have a PR that is so good. All my work is paying off.

“My season has been a dream come true,” she added. “For a long time, I’ve been working my way up. And now to have all this work paid off and doing it in Germany, a place where there is such an amazing history of throwing, only makes it more special. Next season I just want to keep getting better, trying to take on big goals. Being able to represent your country at home – and I see how much the crowd cheers on Kristin – is so special. Having a moment like that in 2022 will just be unreal.”

One of the biggest cheers of the day came in the men’s javelin, which was won by 2017 world champion Johannes Vetter. The German took an early lead with 84.64m and then improved to 88.76m in round two.

“I have 18 friends sitting in the stadium and I told them that if I won today and have to run a lap of honour, they had to bring me a beer,” explained Vetter. “And they managed to do so.”

World and Olympic champion Karsten Warholm was another convincing winner. The Norwegian star won the 400m hurdles in a comfortable 48.08 as Estonia’s Rasmus Magi finished several strides behind in 48.73. 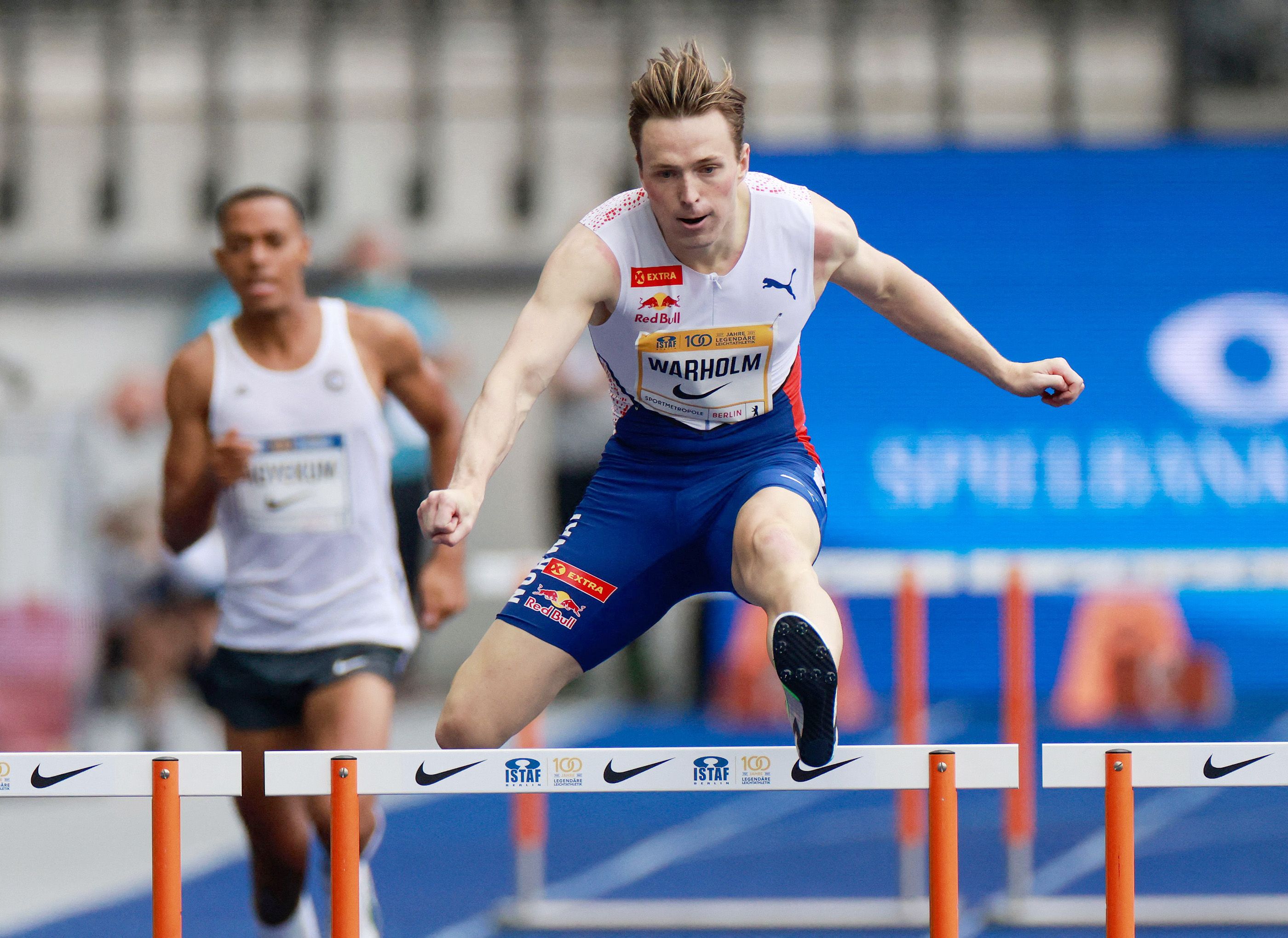 The men’s pole vault was a lot closer, though. Olympic silver medallist Chris Nilsen registered one failure at his opening height, 5.41m, but it ultimately proved decisive as that was the only difference between his card and that of two-time world champion Sam Kendricks.

The US duo cleared 5.56m and 5.71m first time, then both needed two attempts at 5.81m and 5.91m before ending with three misses at 6.01m. Due to Nilsen’s early miss, Kendricks had the upper hand on countback.

There were further US victories on the track. Kate Grace continued her fine run of middle-distance form and stepped up in distance to win the 1500m by three seconds in a PB of 4:01.33. Spain’s Esther Guerrero was second in 4:04.45, just 0.14 ahead of Ethiopia’s Axumawit Embaye.

Just three days after they were separated by mere thousandths of a second at the Diamond League final, Devon Allen and Ronald Levy once again filled the top two places in the men’s 110m hurdles – though this time Allen’s winning margin was a whole hundredth of a second. The world and Olympic finalist clocked 13.10 to the Jamaican’s 13.11. 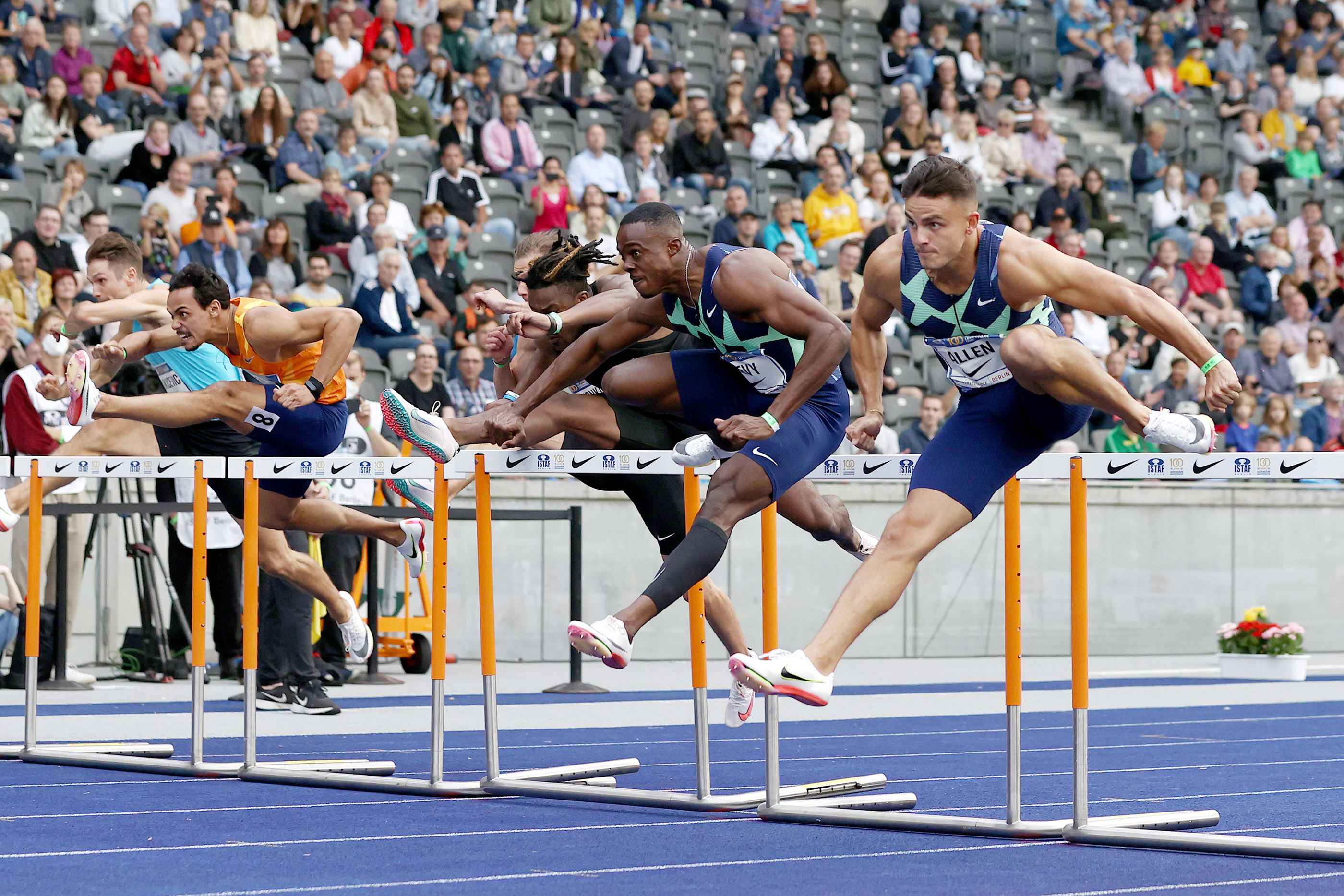 Marvin Bracy notched up his sixth sub-10-second clocking of the season to comfortably win the men’s 100m in 9.95. Britain’s Olympic finalist Daryll Neita took the women’s race in 11.04 from Jamaica’s Natasha Morrison (11.09).