The Belgian city of Hannut is gearing up for its World Athletics Cross Country Tour Gold meeting on Sunday (20), with the women's race promising to bring fireworks. The top three in the current tour standings will toe the line, while Olympic steeplechase champion Peruth Chemutai is running her first race of 2022 in Belgian mud.

With only two races left in the tour after Hannut, the penultimate race of the 40th edition of the CrossCup could decide the overall victory in the World Athletics Cross Country Tour series.

Kenya’s Lucy Mawia and Beatrice Chebet, plus Ethiopia’s Likina Amebaw, currently top the standings. Mawia won in Soria in October and then finished fourth at the Cinque Mulini and second in Rovereto a few weeks ago. Her compatriot Chebet, the world U20 cross-country champion, is among her competitors, while Amebaw hopes to challenge the Kenyan duo on what will most likely be an extremely muddy course following the storms that have raged across much of Europe in recent days.

In more than 40 years, no Olympic champion has ever competed in the CrossCup. That changes on Sunday as Chemutai will make her 2022 season debut. The 22-year-old, who won a surprise gold medal in the steeplechase at last year’s Olympic Games, is therefore already writing history by just being in Hannut. Will she be able to add a victory to her honours list?

The home crowd is looking forward to seeing national cross-country champion Mieke Gorissen. The 39-year-old, who competed in the marathon at the Tokyo Olympics, was ruled out of the European Cross Country Championships in Dublin due to coronavirus, so this weekend she hopes to prove herself in the strongest cross country field she has ever been a part of.

In the men’s race, former winner Samuel Fitwi is among the pre-race favourites. The 26-year-old German athlete won a race on Belgian soil in November and is keen to grab another victory in his neighbouring country.

Uganda’s Rogers Kibet is likely to be one of his biggest competitors, as will Spain’s Ibrahim Ezzaydouni, an 8:14 performer in the steeplechase.

Arnaud Dely hopes to be the first Belgian finisher. The duathlete has set his sights on a fast 10km in the coming weeks and looks to gain confidence on Sunday.

European indoor 1500m champion Elise Vanderelst is the favourite in the women’s short cross race, despite her second place finish in Diest last weekend. It was her first defeat on home soil since 2018. The Belgian record-holder in the mile, Pieter-Jan Hannes, is back in business after a couple of tough years. Hannes will challenge Ruben Querinjean OF Luxembourg during the short cross race. Querinjean, who took bronze in the U23 men's race at the European Cross Country Championships in December, is in search of revenge after Hannes’ victory in Diest. 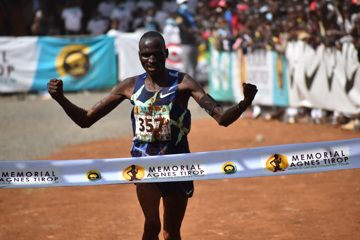 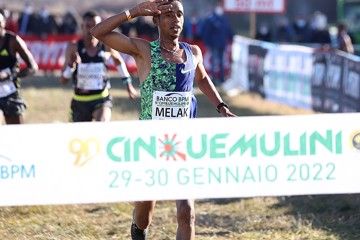