Gudaf Tsegay, who this winter has already set the world indoor record in the 1500m and is the world leader over 800m, will turn her attention to the 3000m, gunning for Ethiopian compatriot Lemlem Hailu's 8:31.24 world lead. Hailu will also be in the field.

Grant Holloway will also return to action looking to continue his revision of the world all-time list in the 60m hurdles. Only a dozen men have dipped under 7.40 in the event. Holloway has done so on seven occasions, five of those over the last four weeks, capped by a 7.32 victory in Lievin which was just 0.02 shy of Colin Jackson's world record set nearly 27 years ago.

Like other World Athletics Indoor Tour events, spectators will not be allowed to attend the meeting, in line with local restrictions due to the pandemic. 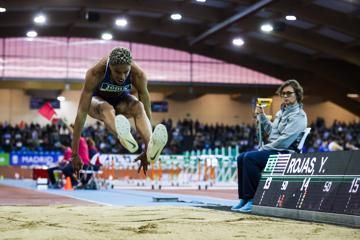