More than two decades later, Jamaica’s Deon Hemmings still recalls the moment she created history as if it was yesterday.

“One of the main things I remember was doing the victory lap and seeing the standing ovation and the people with the small flags,” says the 1996 Olympic 400m hurdles champion. “It was just an overwhelming feeling.”

Hemmings was speaking at the recent IAAF World Indoor Championships Birmingham 2018 where she was one of the Jamaican team managers. A smile lit up her face as she recounted the memories from that now famous day.

“Up to this day, my mother still tells me that I don’t understand what I’ve done.”

Hemmings, though, appreciates that she is something of a trailblazer.

When she crossed the line in first place in Atlanta, she became not only the first Jamaican woman to win an Olympic gold medal, but the first woman to do so from the English-speaking Caribbean.

But not many could have predicted that she would be the one to accomplish that feat, as Hemmings was never a standout athlete growing up.

Her journey into athletics started in the rural parish of St Ann in Jamaica, a place known more for its tourist attractions than producing world-class athletes.

While attending York Castle High School in the parish, Hemmings began pursuing her sporting goals, but was never at the top of the pile in her school.

She soon left that school to attend the centrally located institution of Vere Technical – a school renowned for churning out the best athletes on the island, including the likes of Merlene Ottey – and it was there where her athletics talent was nurtured.

But even then, Hemmings struggled to make an impression in an environment filled with promising athletes.

“It was a package deal,” she says. “I went to the track club (after finishing high school) where my godfather took me in and realised my potential.”

After honing her skills at the track club for a year, Hemmings still wasn’t on the minds of overseas colleges. In a deal which saw her grouped with other top athletes, she found her way into Central State University in Ohio.

While there, she continued to work on her craft to get to the level of one of her idols, Ottey. She accomplished that goal within a few years and joined Ottey on Jamaica’s team for the 1992 Olympic Games in Barcelona.

In the 400m hurdles semifinal, Hemmings came within 0.02 of the Jamaican record with 54.70. She went on to finish seventh in the final in 55.58, which simply provided further motivation for the then 23-year-old.

Just seven months later, Hemmings picked up her first global title after running the first leg on Jamaica’s victorious 4x400m team at the 1993 World Indoor Championships in Toronto. Two years on from that, Hemmings earned her first individual podium place by finishing third in the 400m hurdles at the 1995 IAAF World Championships in Gothenburg, finishing behind then world record-holder Kim Batten of the USA.

One year later in Atlanta, Hemmings turned the tables on Batten with an Olympic record of 52.82 to secure Jamaica’s only gold medal at the Games.

“It was great because I know how well I trained that year and I know I was mentally prepared to go out there and do my best, and my best gave me two Olympic records,” said Hemmings, who had first broken the Olympic record in the semifinal with 52.99.

By winning Olympic gold, Hemmings did something even her biggest role model – Ottey – had failed to do throughout her illustrious career.

Since then, four other Jamaican women have won individual gold medals at the Summer Olympics. One of those, Melaine Walker, did so in the 400m hurdles and, just as Hemmings did, set an Olympic record. Walker clocked 52.64 at the 2008 Games in Beijing and then improved her best to 52.42, the second-fastest time in history, in Berlin one year later to win the world title.

Hemmings realises how her success directly influenced the likes of Walker and others. “I know most of them like Melaine and Kaliese (Spencer) who came after me, and looked at me and wanted to win a gold medal like me and it makes me happy.”

But Hemmings wants her influence to stretch beyond the track. Since retiring in 2003, she has moved into coaching and has taken an active role in trying to shape the careers of young girls in Jamaica. She also does several motivational speeches across her homeland of Jamaica.

She mentors up-and-coming athletes, including Jamaica’s 2015 World U18 Championships representative Sidney Marshall, who now attends Clemson University in the US. “I taught her how to hurdle,” Hemmings says.

She also hosts a couple of track and field meets in Jamaica and has been an official on a number of Jamaican delegations to international competitions, as she was in Birmingham.

Hemmings was also part of the IAAF Athletes’ Commission, the IAAF Women’s Committee and was also a member of the Jamaica Athletic Administrative Association (JAAA).

While she is impressed with how many young girls are now getting involved in the sport competitively, Hemmings would like to see more women in administration. She feels women are still not recognised as good administrators but knows that once she and other women continue to show their worth, more opportunities will become available.

Hemmings, who has cleared hurdles all her life, is now using her voice to motivate the next generation of Jamaican women.

“Aim high and set your goals,” she tells them. “You have to be one of those who are going to make a difference.”

BACK
Pages related to this articleAthletes
Deon Hemmings 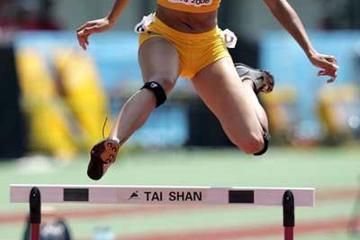 Spencer in the footsteps of Hemmings... 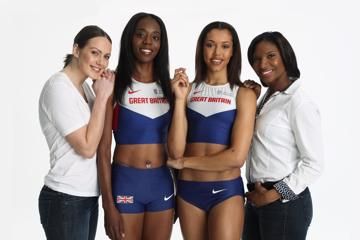 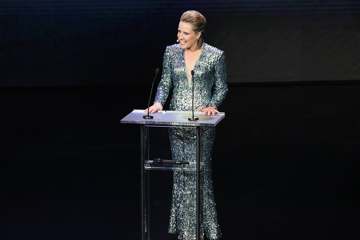 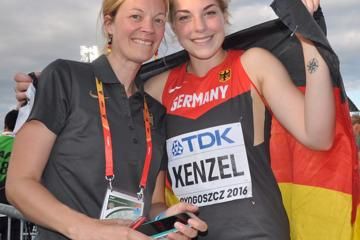