Back from illness and injury, James looks ahead to 2020 with optimism

Standing on the start line at the 2017 Drake Relays, it felt like any other race for Kirani James.

It was his second race of the year and he was coming off the back of a silver medal-winning run at the Rio 2016 Olympic Games.

But as he crossed the line in Des Moines, he immediately knew something was not right. It had taken him 46.21 seconds to cover one lap of the track at Drake Stadium, his slowest time in a 400m final since he was 16 years old.

“I felt okay during warm-ups and though it was early season, I felt good going into the race,” he says. “But after the race, it took me a very long time to recover and I figured something was abnormal so I decided to get a check-up.

“After checking my symptoms and doing blood tests to find out if anything was out of the ordinary, the results showed that something was wrong with my thyroid.”

A specialist confirmed afterwards that he had Graves’ disease, an autoimmune disorder that causes hyperthyroidism or overactive thyroid. James reasoned that his health came first and it was not a difficult decision to abort his season after doctors explained the risks involved if he continued without proper treatment.

Initially he did not go public with his condition because it would have been too much of a distraction while he was trying to recover. Only close family members and his management team were aware of his situation and charged to manage the process accordingly.

James, aged 24 at the time, peak years for a sprinter, could only watch that year’s World Championships and Diamond League from afar.

Having earned four major medals, two of them gold, in the preceding six years, it was not what James had envisaged for the 2017 season.

From Guoyave to global glory

James grew up on the west coast of Grenada in a fishing village called Gouyave. Like most West Indian boys, he had a natural interest in sports, especially basketball and athletics. From an early age, he was convinced athletics provided the clearer career path.

He earned the nickname ‘Jaguar’ from the locals when they witnessed his precocious talent and fearless approach as a 14-year-old.

He sailed through the ranks over the next five years, creating history by becoming the first athlete to win the four coveted global titles in the 400m – world U18, U20, world championships and Olympic Games.

Several athletes have achieved that feat in other track and field disciplines, but James did it in the shortest timeframe, winning all four between 2009 and 2012.

James’ 2012 Olympic triumph proved historic on many levels. Not only did he become the first athlete from outside the USA to break 44 seconds for 400m, he also became the first Grenadian to win an Olympic medal in any sport.

“Going into the London Olympics, I was really trying to do my best and make sure that I represented my country well,” said James. “Coming off the year before (when he won the 2011 world title while still an U20 athlete), expectations were high but I was not under any pressure. I knew once I performed to the best of my abilities, everyone would be proud.”

After his Olympic triumph in 2012, many envisioned James dominating the one-lap event for years to come. But with unforeseen setbacks and the emergence of new stars, his script underwent a few modifications.

He surprisingly and inexplicably finished seventh and out of the medals at the 2013 World Championships in Moscow, but rebounded in 2015 to take bronze at the World Championships behind emerging star Wayde van Niekerk and 2013 world champion LaShawn Merritt.

Those same three medallists squared off again at the Rio Olympic Games one year later. James, the defending champion, arrived with an impressive résumé and was undefeated all season. But despite producing the second-fastest time of his career, 43.76, James finished a distant second in what was the fastest 400m race in history.

“My strategy for the final was not to allow Wayde, who was a couple of lanes to my outside, to get too far away from me because he has such a strong finish,” says James. “If he was too far away, I knew he would be very difficult to catch.

“I also had LaShawn behind me and I wanted to make sure he didn’t get too close. I just wanted to give myself a fighting chance by running the first 300 metres hard and staying within range.”

James battled with Merritt down the home straight, but Van Niekerk was too far ahead. The 24-year-old South African, running in lane eight, crossed the line in 43.03, taking 0.15 off the world record that had been set by Michael Johnson at the 1999 World Championships.

“Wayde was just incredible,” said James. “His finish was very strong and he ran faster than anyone in history. I have never been in a race like that before and there was nothing I could do.”

James’ ill-fated appearance at the 2017 Drake Relays came just eight months after that historic race in Rio, but he suddenly felt far removed from the athlete he was when he toed the line in the Brazilian capital.

James, who had turned professional while attending the University of Alabama, used the time away from the sport to complete his business degree. Slowly but surely, his health started to improve and his fitness returned. Fourteen months on from his outing at the Drake Relays, James entered the Racers Grand Prix in Kingston, Jamaica.

In a thrilling 400m encounter, James came from behind to beat USA’s Fred Kerley, who led up until the final metre. James crossed the finish line in 44.35 to Kerley’s 44.36, breaking the meeting record and sending a wave of euphoria around the stadium.

“After such a long lay-off, I was grateful to the Racers Track Club for inviting me because it was a risk for them,” said James. “It was a strange race because I was not sure where I was competition-wise. I actually thanked Kerley afterwards for running the race he did. He took it out and put me under pressure and made the race competitive, which was good for me.”

After finishing third at the Diamond League meeting in London with 44.50 six weeks later, and with no major championships taking place that year, James ended his season there.

“It was a team decision based on the Diamond League schedule as we felt it would be difficult to make the final, not because of my condition.”

James will have to take medication for his condition for the rest of his life, but he is encouraged that former athletes have overcome Graves’ disease and enjoyed successful careers.

“My coach spoke to Gail Devers for assurance,” said James. “Just knowing that she had it, probably worse than me, and came back is something that has given me confidence.”

Back in the championship arena

James faced additional setbacks at the start of 2019, not least the death of his mother, Annie, who died from kidney disease in May. He also picked up some niggling injuries and so decided to wait until later in the year to open his season.

On 6 September he resurfaced after a 13-month absence to register 44.47 in Andújar, Spain. The timing was paramount, as it was the last day to achieve the qualifying standard (45.30) for the World Championships.

“That was my main objective to run a fast time,” he said. “I had a couple of niggling injuries affecting me in the middle of the season which forced me to go back home and recuperate. I didn’t run any race and it was difficult getting into a Diamond League meet. The main thing for me was to make sure I was ready to compete.”

The 27-year-old arrived in Doha with modest expectations, as he had only competed in six races across the previous three years. But James was hopeful that pushing his body through three rounds in four days would not be burdensome.

He comfortably won his heat in 44.94 and then advanced through the semi-finals with a 44.23 clocking, his fastest run since the 2016 Olympic final and just 0.10 behind Steven Gardiner. Two days later, Gardiner won the final in 43.48 while James finished fifth in 44.54.

It may have been the first time since 2013 that James had missed making it on to the podium at a global championship, but James was simply happy to be back racing at a major event.

“I’m very satisfied with my performance,” he said. “Obviously, as an athlete, you want to get on the podium, but when I look at what has happened over the past 13 months, just being in the final is like a medal for me.”

The Tokyo 2020 Games, just seven months away, will be James’ third Olympics. Doha was a mock exam that he passed with flying colours and he is confident that he has found the right balance to perform at an optimum level against the world’s best.

Just like in Rio, a formidable 400m cast will gather in Japan’s busy capital for the Games. Van Niekerk has battled some injury problems of his own in recent years, but is hopeful of returning next year. Gardiner will have gained in confidence since winning in Doha, while US duo Kerley and Michael Norman will be vying for the title. The likes of world silver medallist Anthony Zambrano, Kenya’s Emmanuel Korir and Machel Cedenio of Trinidad and Tobago will also be in the medal hunt.

Unfazed by the competition, James is relishing a starring role in 2020.

“I’m already preparing for next year,” he says. “I’ll have a little off-season rest and I’ll start working towards getting back that consistency.”

Given what he has achieved this year off less-than-ideal preparation, the Jaguar could be ready to pounce in Tokyo. 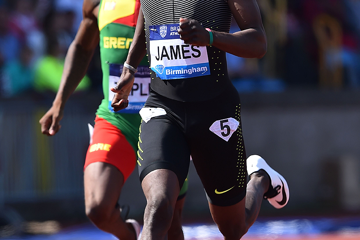 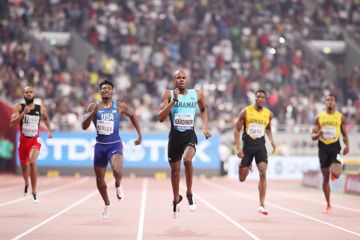 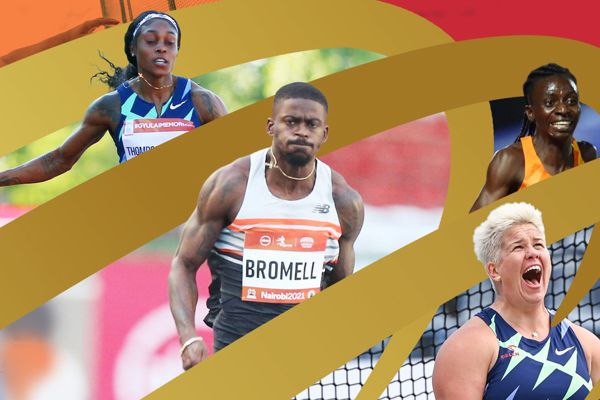