Five world records tumbled on their innovative new Mondotrack laid down for the 2008 Beijing Olympics which was ignited by the incomparable Jamaican sprint superstar Usain Bolt.

Now, some seven years on, the world leaders in track design are returning to the iconic Chinese venue to lay down a new track for the forthcoming 2015 IAAF World Championships from August 22-30, where once again Mondo will seek to push technological advancements in track design to the next level.

“To optimise a similar revolution to Mondotrack is a big challenge for Mondo,” explains Andrea Vallauri, who leads the Mondo Spa Sport&Flooring Division.

“The material we are installing now in the Bird's Nest is an evolution of the previous Mondotrack that should further contribute to improve the athlete's sport performances.”

Mondo, suppliers of every Olympic track since 1976 and the vast majority of IAAF World Championships, are commonly accepted by athletes and coaches as world leaders in their field with Vallauri insisting their unique pre-fabricated manufactured designs sets them apart from the rest in their field.

“Tracks surfaces can either be made on site as a liquid material or pre-fabricated,” he explained.

“We are the only company that manufactures its track surfaces pre-fabricated, and this guarantees that the performance characteristics of the track are constant. It is something unique for top-level competition. All the athletes see the difference.”

Vallauri says that the strength of pre-fabricated tracks is that the material is uniform and consistent, something which is much harder to achieve on a ‘liquid surface’ which is poured on to the track.

“You cannot guarantee the same uniformity,” he argues of the liquid surfaces.

Mondo provide their track in two distinct layers: the top layer to aid traction with the bottom to support shock absorption.

According to Vallauri, this approach helps recreate the same technology as a tyre and leads to the best results.

“The top part of the material should be non-slippery when wet and provide good foot stability or what we call good spike resistance,” he commented.

“This means that the spikes should enter the surface for the minimum amount of time because the more time the spike enters the surface, the more time will be lost. When you are talking about thousandths of a second, this makes a difference over the course of a race.”

The bottom layer provides the elasticity and cushioning needed to propel the athlete forward.

Mondo achieve this with a unique elongated diamond shaped cell design – similar to a honeycomb, which flex in every direction.

“The honeycomb design provides more cushioning in terms of the foot position,” he added.

The two layers – which measure 13.5mm – are vulcanised to cross-link the molecular structure of the different materials to make it more uniform, stronger and elastic.

Work on the track surface for the IAAF World Championships in Beijing began in December when the asphalt track sub-base was completely rebuilt by a local contractor under supervision.

In early March, Mondo carried out some minor repairs following the cold, harsh winter in the Chinese capital before patching and levelling the base to comply with the strict tolerance required by the IAAF for such a top level facility.

In late March the installation work for the Mondotrack material began.

“Because of the low temperature on site, we used a special adhesive for cold weather as well as the appropriate track protection cover for the night time to allow the proper curing,” explains Vallauri, who acknowledged that because the team have worked at the Bird's Nest Stadium in the past so their familiarity with the conditions has meant the process has gone smoothly.

“We were forced to use more personnel (around 30 people) because the daily working time was limited by the cold weather. Fortunately, we only had a few rainy days and this allowed us to complete the work on schedule.”

Mondo then moved back on site again this week, two weeks out from the 2015 edition of the World Championships.

The Mondo team will then inspect the site and proceed with any intervention if necessary and install the temporary track material in the connection areas and mixed zones.

During the nine-day competition, Mondo will be present on site to regularly maintain and clean the track before the event reaches its thrilling climax on 30 August.

Vallauri refused to make any predictions about the winners at the 2015 edition, but is simply secure in the knowledge that Mondo will provide the fastest possible track for Usain Bolt, David Rudisha and all the world's top athletes.

“Mondotrack was specifically designed for superior athletic performance and provides the optimum blend of energy return and comfort for both high-speed sprint event and low-speed middle and long-distance events,” he explained. “Mondotrack also guarantees the perfect combination of shock absorption and rebound elasticity for jump events.”

Now all that is needed is for the athletes to play their part. 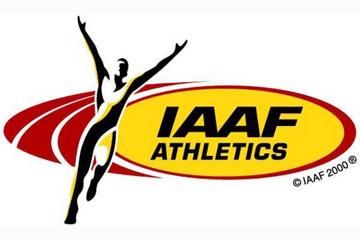 MONDO extends its IAAF Partnership until 2019... 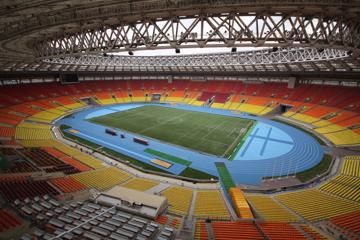