He didn’t quite characterise it as such, but if you spoke with Pawel Wojciechowski soon after his pole vault victory at the Rabat leg of the IAAF Diamond League last Sunday, you’d get the impression that it was one his most important triumphs of the past six years.

Competing largely in the shadows of Olympic medallists Sam Kendricks and Renaud Lavillenie on the circuit this year, the Pole is quietly enjoying the finest season of his career, finally back to the form that launched him to the surprise 2011 world title in Daegu.

“Sam Kendricks and Renaud Lavillenie weren’t here, so it was easier to win, but still I jumped 5.85m – it’s my second best result this season – so I’m very, very happy to win in the Diamond League.”

That winning leap came 10 days after a 5.93m national record clearance in Lausanne that finally eclipsed his previous lifetime best of 5.91m he set six years ago. It was also better than the 5.90m jump that landed him the Daegu gold that largely introduced the then-22-year-old to the athletics world.

Dogged by injury since 2011 world gold

He's earned a small handful of accolades since – 2014 European silver, 2015 world bronze – but the interim years have mostly consisted of ongoing battles with injury. When asked to list them, Wojciechowski recites a long list without much deliberation or pause.

“Everything,” he said, laughing.

That, he said, lies at the foundation of his improved consistency this season.

He topped 5.85m to take bronze at this year's European Indoor Championships, his best indoor mark since 2011. Lifetime, three of his best leaps came in 2011, the other three in 2017.

“I’m totally healthy,” the Bydgoszcz native said. “In the indoor season I was healthy, now in the outdoor season I’m healthy.

“The biggest difference,” he continued, "is that there’s no holding back in training.

“I can do everything and don’t have problems. We went looking for that ‘golden point’ in training, and I think we’ve found it. I’m in very good shape before almost every competition. Now we just have to upgrade, fine tune, that training.”

That will come in three more competitions before he heads to the British capital: Monaco’s IAAF Diamond League stop on Friday, his national championships on Sunday, and the pole vault meeting in Leverkusen, Germany, on 27 July.

A memory that needs to be rekindled

“So being healthy,” he said, “is making a difference. I beat my personal best after six years, and that’s very important for me. I’m 28 so I’m not so young, but that I can beat my personal best and be consistent over 5.80m is good. So I hope that it will all culminate in London at the World Championships. That’s my main target. I was at the top and I want to be back on top.”

That drive for a repeat performance in London is also propelled by the truism that memories simply don’t last forever.

What does he remember from his victory at the 2011 World Championships?

“Not much,” he said, deadpan. “That’s another reason I want a reminder in London.

“But truly, it was a good feeling, but I think I wasn’t ready to be a world champion at that time. Now I’m more experienced and I think I’m ready.”

BACK
Pages related to this articleAthletes
Paweł WOJCIECHOWSKI 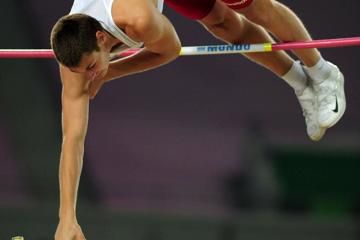 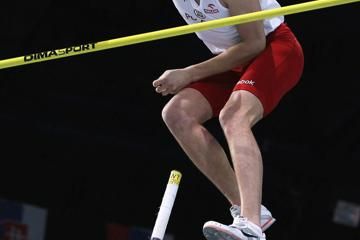 Wojciechowski returns with victory in Orleans...