His story is like a fairy tale. When Colm O’Connell, a 28-year-old Irish Patrician Brother from Cork, decided to take on a teaching job in the small Kenyan town of Iten in 1976, he never expected that he would become the country’s most successful middle-distance coach of all time.

Brother Colm had neither been an athlete nor a coach before. He was thrown into the water – and he learnt to swim. After only four years, he became responsible for athletics at the renowned St Patrick’s High School. Many Olympic and World champions have been coached by the modest and ever-friendly Irishman.

Now he is driving on the great David Rudisha, 800m World record-holder and World and Olympic champion.

Let’s first talk about your philosophy when it comes to training. Has it changed over the years?

Colm O’Connell: Remember, I did not have a coaching degree or a university background in sports science. I started off coaching youth athletes. With young people, you must be quite flexible because many of them will not become elite athletes. Not all have the same talent or the same desire.

I developed a sense of observation and a keen sense of the awareness of the athlete’s personality. I didn’t have a structure in my mind, to, let’s say, squeeze an athlete in this or that way of training. At the beginning there was a certain element of trial and error. I was learning from other coaches, people who were coming before me. I picked up pieces here and there.

Even today as an experienced coach I still use this semi-scientific approach. I still concentrate more on the personality of the athlete instead of following a given programme. I have an overall framework in my mind and within this framework I move the pieces around.

I assume there is still a time when you do the basic endurance work, a time when the quality becomes more important…

Let’s talk about David Rudisha. Usually, we sit together in mid-November. We first talk about the previous season: what was good, what was bad and why? I let him do quite a lot of the post-mortem. Then we start talking about the coming year. What will be the priorities, the high points?

This time David had a three-month rest after his last race on 29 August, in Zurich. Three months without any kind of training. He needed this long break for charging his batteries – physically and mentally. When he resumed training, we had to be very careful. You could easily catch an injury. Basic conditioning, easy runs, about 60km a week, some gym work, exercises. Slowly but surely we increased the quality, the weekly mileage remained the same. In March, we started adding the track workouts.

Do you sometimes have to skip a track session?

CO: Yes, in the morning before a track workout I see him usually in the house and ask him: How do you feel today? If he tells me he doesn’t feel really well or if he indicates to me, even indirectly, that he is not ready, we would skip the session and go on the road instead – a fartlek or a light training.

It is so important that he feels good on the track. The track is very tough and doesn’t forgive. You cannot cheat. It shows exactly where you are and what you are capable of on this specific day.

David Rudisha is an athlete who has a very dominant presence in a race, different from Sebastian Coe and Wilson Kipketer, his predecessors.

CO: Sebastian Coe was 1.77m tall, Wilson Kipketer 1.72m. They preferred running in the middle of the pack or behind and destroy everybody at the end. With his height of 1.89m, David is the dominant figure in a race. He is a power runner and likes running in front. He turns on the speed very gradually. That is how he feels the most comfortable. It has become his trade mark, but I believe that he could win a big race even by coming from behind.

In the last three years, he has achieved everything an athlete can dream of. Was it difficult to motivating him for the World Championships in Moscow?

CO: When we talked about the new season, I told him: ‘No other Kenyan has ever achieved what you have done since 2010. Where do we go from here? Where do you pull motivation out of this?’

Staying focused is a huge challenge. I compare his situation with Haile Gebrselassie and Usain Bolt. These two have also achieved everything and managed to go on from there. It is a new scenario for David.

On the other hand, there was something at the end of the year which helped me – the defeat in his last race in Zurich. He has realized that he is not unbeatable. Number two – Nijel Amos, this young guy from Botswana, who ran 1:41.73 in the Olympic final. Number three – He is a marked man. Everybody will run against him. He has young people on his heels. Defending the World title is a challenge. And looking more ahead – defending the Olympic title in 2016 which no Kenyan has ever done.

CO: Now, you are entering a new territory. Of course, the 1:40 is always going to be hanging there. I am certain he can still improve on the 1:40.91 he ran in London. Even when it comes to his training, there are still details you can change and do better.

Jürg Wirz for the IAAF 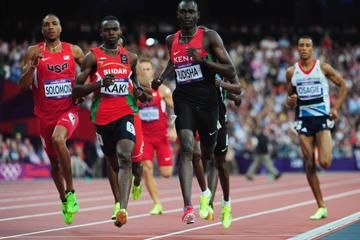 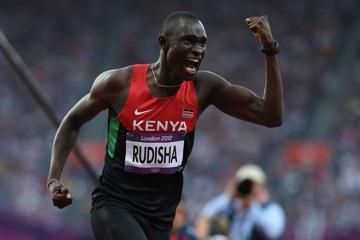