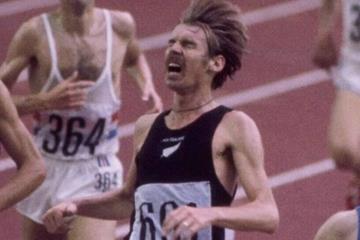 The IAAF is saddened to hear that New Zealand’s 1976 Olympic 5000m silver medallist and former world record-holder Dick Quax died on Monday (28) at the age of 70 after suffering with cancer.

Born in the Dutch city of Alkmaar in 1948, Quax moved to New Zealand with his family in the 1950s and settled in the Waikato. His interest in running developed while attending Hamilton Boys’ High School.

A formidable runner over distances from 1500m to the marathon, Quax was one of New Zealand’s leading international athletes through the 1970s.

Quax made his international debut at the 1970 Commonwealth Games in Edinburgh where he earned the silver medal in the 1500m behind Kip Keino. But he produced some of his more memorable performances later that decade.

He was the New Zealand mile champion in 1969 and 5000m champion for three years from 1972. Late in his career he won the National Road Race Championship in 1982.

Quax continued his involvement in the sport as a coach and promoter. He coached his son Theo, the 2017 national under-20 road and 1500m champion. He has been an Auckland City Councillor since 2011 and was recently made Patron of the New Zealand Secondary Schools Athletics Association.

“Dick was a great of NZ Athletics and will be sorely missed,” said Athletics New Zealand Chief Executive Hamish Grey. “He will be remembered as a Commonwealth and Olympic Games medallist and one of only four New Zealanders to hold a world record at an Olympic distance.

“His legacy goes so much further, however, having inspired a generation of kiwis and coached and promoted the sport. Our thoughts are with Dick’s family at this difficult time.”