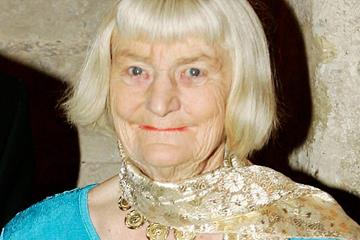 The IAAF is deeply saddened to learn that former high jump world record-holder Dorothy Odam-Tyler has died at the age of 94.

Born in London in March 1920, Odam-Tyler represented Great Britain at the 1936 Olympics, aged just 16 at the time. She jumped 1.60m, the same height as Ioblya Csak, and under modern rules she would have won, but the rules at the time called for a jump-off and she had to settle for the silver medal.

Odam-Tyler's silver medal in 1936 made her the first British woman to win an individual Olympic medal in athletics.

Three years later, she set a world record of 1.66m, which was equalled twice before Fanny Blankers-Koen finally surpassed it in 1943.

Twelve years after winning her first Olympic medal, Odam-Tyler took another silver medal at the 1948 Games, making her the only woman to win Olympic medals in athletics before and after the war. Had the 1940 and 1944 Games not been cancelled, she would have been heavily favoured to win at least one gold medal.

In 1954, at the age of 34 and 18 years after making her international debut, she won silver at the British Empire Games. At the same championships, she also finished fifth in the javelin and 11th in the long jump.

In 1940 she married Dick Tyler, a fellow local athlete, and went on to have two children, David and Barry. After retiring from competitive athletics in 1957, she remained involved in the sport as a coach.

In 2001, Odam-Tyler was appointed MBE. More recently, she was the official starter for the London Marathon in 2012. She is survived by her husband and her sons.