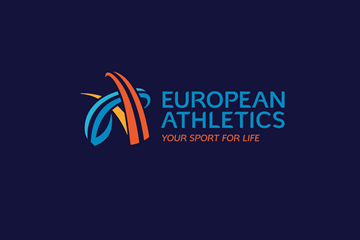 Commenting on the news below, World Athletics President Sebastian Coe said: “All of us at World Athletics are shocked by the news from European Athletics about their President, Svein Arne Hansen and I speak on behalf of us all and the World Athletics Council, which he attended last week, in wishing Svein Arne a speedy and full recovery.  He is a hugely popular figure in the sport of athletics and has been a passionate advocate of the sport for half a century.  Our thoughts are with his family, his colleagues and all the athletes he cares so passionately about. We stand by to support European Athletics at this time.”

Europe Athletics President Svein Arne Hansen suffered a serious cerebrovascular accident, commonly known as a stroke, while at home during the evening of Sunday 15 March.

He remains in the intensive care unit at a local hospital, where he is receiving the best possible treatment. Doctors have not yet given a detailed prognosis about his recovery, but it is expected that he will remain in the hospital for at least one week and then undergo a significant period of rehabilitation.

After his admission to the hospital, Svein Arne was also tested for the presence of Covid-19 and these tests were negative.

I have no doubt that Svein Arne’s countless friends around the world share the deep concern of the European Athletics family, including the Council and headquarters staff, as we monitor developments. Our thoughts are with his wife, Jannicke, their children and grandchildren, at this time.

The European Athletics Executive Board will meet by conference call early next week to discuss the sharing of the President’s duties during his period of incapacity in accordance with the European Athletics Constitution and our Member Federations will be informed in due course.

In addition, we have notified World Athletics, of which Svein Arne is a Council member, of the situation.

European Athletics will publish updates on President Hansen’s health in due course but request that his privacy, and that of his family, is respected at this time in order to aid his recovery and make it as quick as possible.