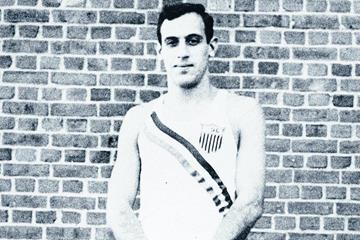 The IAAF is deeply saddened to hear that Lindy Remigino, the 1952 Olympic 100m champion from the USA, died on Wednesday (11) at the age of 87.

Born in New York in 1931, Remigino was just 21 years old when he made his Olympic debut. The leading US sprinter, Jim Golliday, missed the US Olympic Trials through injury, leaving Art Bragg to win the 100m title from Remigino.

Bragg, however, picked up an injury before the 1952 Olympic Games and failed to make the final. Carrying USA’s hopes of claiming the 100m gold medal, Remigino found himself with a significant lead at 80 metres.

He dipped for the line a bit too early, though, and was almost caught by three other sprinters. The first four finishers were given the same time, 10.4, but Remigino was declared the winner ahead of Jamaica’s Herb McKenley.

“I won by about one inch. I should have won that race by about a yard,” Remigino said in a 2017 interview with USA Track & Field. “I got off to a good start and was leading by quite a bit. I was saying to myself, ‘I’m gonna win this!’ I stuck my chest out, and it was 20 meters before the line. My strides got smaller and smaller, and I almost blew it.”

He went on to pick up another gold medal later in the Games as part of the victorious 4x100m quartet.