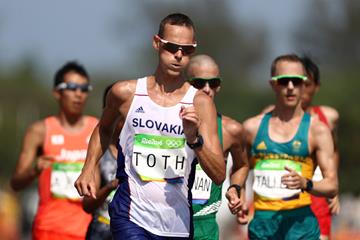 The top 10 athletes in each of the Rio 2016 race walks scored points that could potentially be added to their tally, although they will have had to compete in a minimum of three IAAF Race Walking Challenge competitions to feature in the final overall standings and only the best three results count towards an individual walker’s overall points total.

The Rio 2016 Olympic Games was the final competition in this year’s IAAF Race Walking Challenge, which sees a first prize of USD $25,000 got to the top man and women, and the provisional final overall standings can be seen here.

The final standings will be confirmed shortly but prize money distribution is subject to passing the usual anti-doping controls throughout the season.