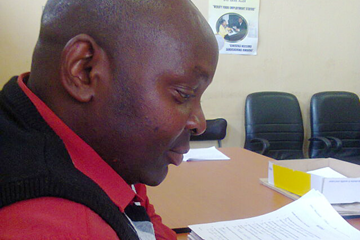 The IAAF is deeply saddened to hear of the passing of Themba Makhanya, president of the Swaziland Athletics Federation, who died on Wednesday (4) after collapsing at work. He was 45 years old.

Born in August 1970, Makhanya was a middle-distance runner and represented his country in the 800m at the 1996 Olympic Games in Atlanta.

After retiring from competitive sport, he went on to work as a coach and then became president of the Athletics Association of Swaziland.

“The athletics family in this region has been robbed of a young energetic individual who was spearheading athletics development in his native country,” said Moses Bantsi, president of the Botswana Athletics Association. “We send our condolences to the family and the entire Swaziland athletics family.”