Next June the best of Africa’s athletes will converge on the Algerian capital Algiers for the 22nd African Championships in Athletics.

The stakes of the competition are quite high, as it will be one of the last opportunities for the continent’s athletes to achieve qualifying standards for the 2020 Olympic Games.

Meanwhile, the Confederation of African Athletics (CAA) has been working in collaboration with the Algerian Athletics Federation (FAA) to organise a successful championships on and off the field.

“We are satisfied, but it is not a surprise for us,” said CAA Director General Lamine Faty, after a recent inspection visit to Algiers. “Each time Algeria commits to organise an African competition, we know that everything will be perfect thanks to the human resources and other capacities at its disposal. To keep it short, we have always found what we are looking for in Algeria.''

The competition, scheduled for 24-28 June, will take place at the 5 July Stadium. The site is undergoing renovations and will have a capacity of 80,000 once repair works are over.

Opened in 1972 by Algerian President Houari Boumediene, the stadium has hosted several major sports events since. It was the main venue for athletics during the 1975 Mediterranean Games, the 1978 and 2007 All Africa Games as well as the 2000 African Championships.

Faty told Algerian media in November that even with the repair work going on at the stadium and its annex, the CAA delegation was “more than satisfied with the progress of the work and also optimistic for the future.”

FAA and CAA officials are keen on ironing out several logistical aspects central to the success of the championships, such as visas and transportation for athletes, officials and journalists, as well as accreditation and protocol procedures.

The organisers want a quality broadcast of the event, to allow a large TV audience to follow the competition in as many African countries as possible.

Another matter of prime importance to the organisers is ensuring that strict anti-doping measures are in place before and during the competition.

Algeria will be hosting the championships for the third time, after Annaba in 1988 and Algiers in 2000.

In 1988, Algeria finished second on the medal table, with just one gold medal less than first place Nigeria with 11 gold. The hosts fared better 12 years later, topping the medal table with 12 gold at the 2000 edition, six more than runners-up Tunisia.

After a lackluster performance during the 2018 championships, however, the race is on for the country’s athletes to improve on the two gold and one bronze won in Asaba, Nigeria, in 2018.

One of those helping to train home athletes for the forthcoming event is former middle-distance runner and now coach Abderrahmane Morceli.

Morceli and his brother Noureddine, the three-time world 1500m champion, are among those coaching Algeria’s athletes, not only for the African championships, but for other competitions planned for 2020 including the African Cross Country Championships in Lome, Togo, and the Tokyo Olympic Games.

These athletes include Taoufik Makhloufi, the 31-year-old middle-distance runner who brought home Algeria’s lone medal – a silver in the men’s 1500m – from the World Championships in Doha earlier this year. There is also Adbelmalik Lahoulou, the reigning African 400m hurdles champion and Yasser Triki, the 22-year-old African Games gold medallist in the long jump.

Morceli says he tries to teach them dedication to hard work and instill in them a thirsty for glory.

“After the junior level, if you want to become an Olympic or world champion you need more conviction and more training camps. We have many, many talented young athletes in Africa that never keep going because they don’t have enough training and enough conviction.”

Morceli is confident in Algeria’s pool of talent however, and says the extra incentive provided by the country’s sports official will spur them to give the best of themselves.

“They have good prize money from the minster (of sports) and the Olympic committee and they have big motivation now.” 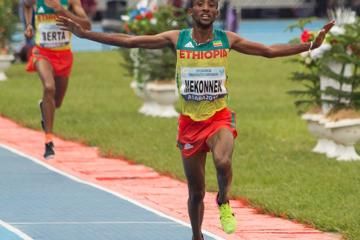 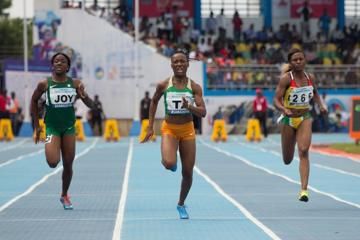 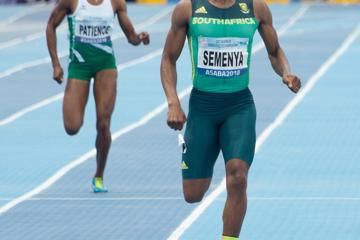 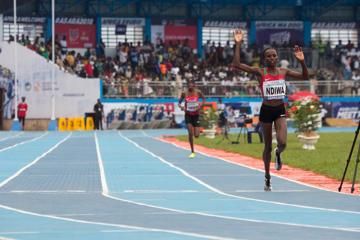 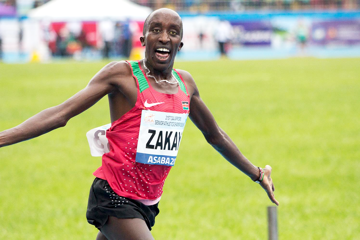 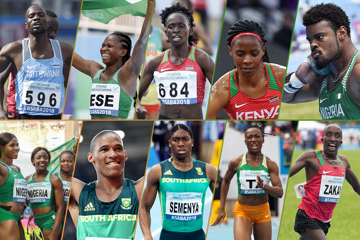