Vivian Cheruiyot of Kenya, the 2016 Olympic 5000m champion, has joined the field for the Mainova Frankfurt Marathon, an IAAF Gold Label Road Race, on 29 October, organisers have announced.

Cheruiyot's appearance will be the first by an Olympic champion in the Frankfurt Marathon, this year marking its 26th edition. The list of her achievements is impressive which includes not only that Rio title, but five World Championship gold medals as well. In 2011 in Daegu she won both the 5000m and 10,000m titles.

After an extraordinary career on the track the 34-year-old has a new target in view: achieving similar excellence in the marathon. Cheruiyot made her debut at the distance in London this April, finishing fourth in the high quality field in 2:23:50. Frankfurt will be her second marathon and the Kenyan is confident of making considerable improvement if conditions are good.

“I am looking forward to running the second marathon of my career in Frankfurt," Cheruiyot said. "I won my first World Championship title in Germany in 2009 and will try to get my first big marathon victory there in 2017.“

She's illustrated solid form this year, most recently just nine days ago when she clocked a 1:07:44 personal best in the half marathon at the Great North Run, finishing second. “I’ve heard very good things about the Frankfurt organisation, atmosphere and course from some of my friends and training partners who have won there before. I saw some photos of the red carpet finish in the Festhalle and hope I will be smiling when I cross the finish line on October 29.”

In addition to the prize pot, organisers are offering a €30,000 course record bonus. It currently stands at 2:21:01, set five years ago by Ethiopian Meselech Melkamu. 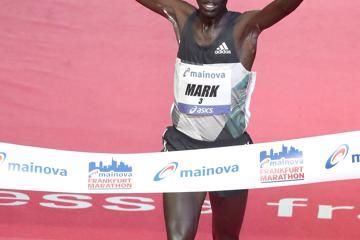 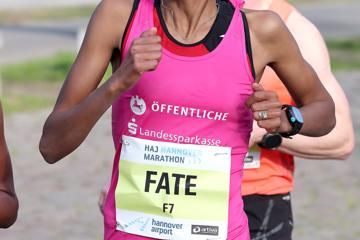