Eliud Kipchoge will make his final marathon appearance prior to his Olympic title defence at the NN Mission Marathon in Hamburg on 11 April.

The one-off marathon, organised jointly by his management firm Global Sports Communication, the NN Running Team and the Hamburg Marathon, carries the tagline ‘The fastest way to Tokyo’ and is an effort to provide another much-needed competitive opportunity for athletes to not only run a fast race in the lead-in to the rescheduled Tokyo 2020 Olympic Games, but in many cases to help them achieve the qualification standard.

The race, which will take place around a looped 10.5-kilometre city centre course, is expected to attract about 100 invited elite athletes.

Kipchoge, the world record-holder, will of course attract the bulk of the attention. His appearance will come after a disappointing eighth place finish at the London Marathon last October where he clocked 2:06:49.

The Kenyan kicked off his marathon career in 2013 with victory in the Hamburg Marathon, and said he's delighted to return to compete in the northern German.

"In Hamburg, I am going back to the genesis of my marathon career," he said. "I hope to inspire many people around the world by running a beautiful race in the streets of this beautiful city."

Kipchoge, 36, has gone on to win 11 of his 13 races over the classic distance and has produced two of the three fastest performances of all-time, topped by his 2:01:39 world record at the 2018 Berlin Marathon.

One year later, Kipchoge became the first athlete to break the two-hour barrier in the event, when he clocked 1:59:40 at an exhibition event in Vienna. 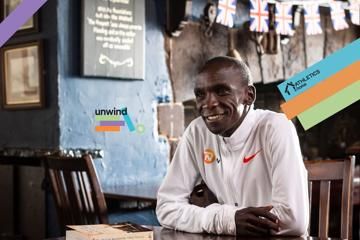 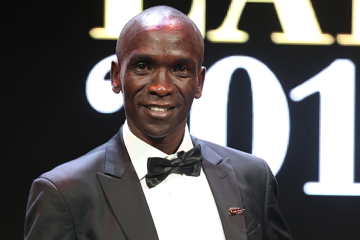