The lead pack at the Frankfurt Marathon (© Photorun)

A year ago the thermometer dropped to freezing point on race day morning and the organisers took the precaution of having salt scattered around the bends to prevent runners slipping on any potentially icy surface. But judging by the current meteorological predictions, Kopp and race director Jo Schindler will not need salt this weekend.

The elite field is loaded with talent, boasting 21 runners with sub-2:10 personal bests, five of whom have broken 2:05:30.

Since 2003, the men’s course record has been broken on eight occasions. The current record of 2:03:42 was set by Wilson Kipsang two years ago, making Frankfurt the second-fastest Marathon in the world behind Berlin.

If weather conditions are good, another fast race is highly likely. But with the course record being just 19 seconds slower than Kipsang’s World record, Kopp knows that it’s a big ask and is not making it his priority.

“It is our aim to get a big group of runners to the 30km mark,” said Kopp, who is hoping for a winning time below 2:05. “If we get there with a compact leading group we will be in a very good position to achieve very fast times.”

“But I also highly rate Kenyans Eric Ndiema and Gilbert Kirwa,” added Kopp. “I saw Kirwa looking very good in training when I was in Iten recently.”

“When I took over as race director in Frankfurt and then introduced Christoph Kopp a year later in 2003, the goal was to deliver high-class races and achieve top results,” said Schindler. “We improved in all aspects and managed to provide very good conditions for both elite and fun runners.”

Schindler said that a sub-2:05 time would be a superb result on Sunday. “We are the second-fastest Marathon and we want to confirm this position in the future.”

Kopp has a habit of giving bib number seven, traditionally considered as a “lucky number”, to an athlete he expects to produce an outstanding performance – and they usually do.

While Kirwa will wear this number on Sunday, the woman starting with F7 is Gelete Burka. The Ethiopian debutant with an outstanding career on the track and cross country behind her is tipped to make a strong impression.

“I don’t know her well enough to make a prediction, but I’ve heard she is in good form,” said Kopp, who gave the F7 bib to Meselech Melkamu a year ago. The Ethiopian duly won the race with a course record of 2:21:01 and returns to Frankfurt as defending champion.

“The men’s race is very open, but this one is as well,” said Kopp. “It would be great if we could see a women’s course record for the fourth time in a row.”

“It would be a dream to get a sub 2:20 time for the first time in Frankfurt,” added Schindler. “And I hope that we will see two thrilling races on Sunday.” 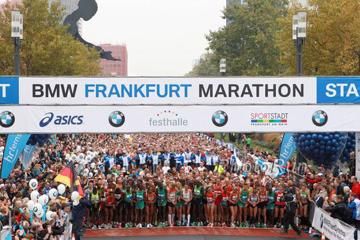 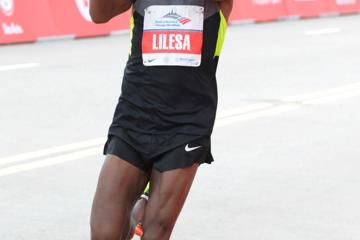 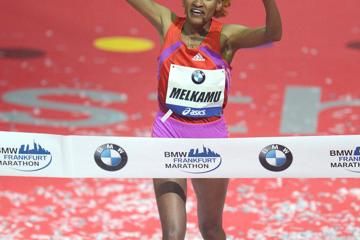 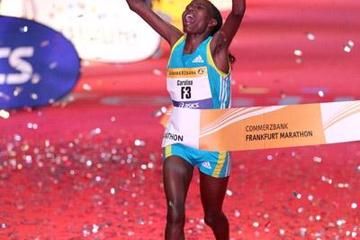 Kirwa, Kipruto and Kilel to be on the start l...