Jepkosgei's debut over the 42.2km distance has been fervently anticipated since the Kenyan, now 25, produced her sensational 2017 season, breaking six world records. Four of those came in one race, the Sportisimo Prague Half Marathon, where she clocked 30:05 at 10km, 45:37 at 15km and 1:01:25 at 20km en route to a 1:04:52 performance over the full distance. She clipped another second from that mark in Valencia the following October, lowering the world record to 1:04:51 where it currently stands. In 2017, again in Prague, Jepkosgei shattered the 10km record at the Birell Prague Grand Prix, clocking a phenomenal 29:43.

Slowed in part by illness, her follow-up year didn't produce the same record-shattering achievements, but she did race to silver at the IAAF World Half Marathon Championships in Valencia in March.

Hamburg organisers were quick to draw a parallel to another high profile marathon debut on their course, that of Eliud Kipchoge in 2013 when the Kenyan ace cruised to victory in 2:05:30. He's since gone on to be considered the best marathon runner of all time. Jepkosgei insists that parallel wasn't on her mind when choosing the setting for her debut.

"My manager and my coach both told me that Hamburg has a fast and flat course," she said.

"I would like to achieve a time of around 2:22. But there are still two months of preparation to come. I have to wait and see how my body reacts to the training. Once I am a week away from the race I will see what kind of form I am in. Then I will determine my final goal."

As a final preparation, Jepkosgei will run the United Airlines NYC Half on 17 March in New York.

Organisers also announced that 2009 and 2011 world marathon champion Abel Kirui will be among the headliners in the men's field. Kirui will be targetting the Kipchoge's course record. 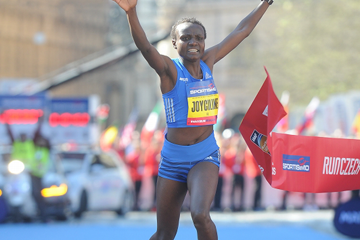 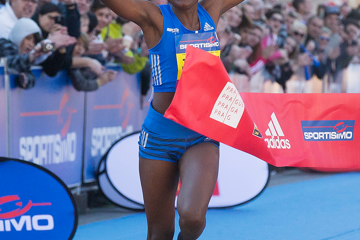 Joyciline Jepkosgei – front-running her way i... 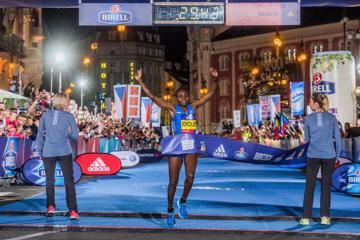 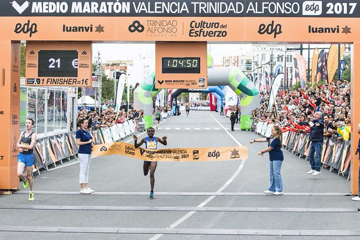