World Athletics is deeply saddened to hear that 1956 Olympic bronze medallist and former world 1500m and mile record-holder John Landy died on Thursday (24) at the age of 91.

The Australian, born in Melbourne in 1930, is best known for becoming the second man in history to break four minutes for the mile. His 3:58.0 clocking in Turku in June 1954 broke the iconic mark of 3:59.4 achieved just six weeks earlier by Roger Bannister.

Landy was a lifetime fan of the sport and keenly followed the Tokyo Olympic Games last year. At this time, Landy was already confined to his high-tech recliner chair, but his interest and enthusiasm for what was going on in the world of athletics remained strong.

Landy’s generosity of spirit and interest in others was one of his notable character traits. It was augmented by an uncanny memory for names and faces. This generosity famously extended to giving advice to Ireland’s Ron Delany, who defeated Landy in the 1500m at the 1956 Melbourne Olympic Games.

A well-developed sense of duty was another trait, one demonstrated at either end of Landy’s public life. In May 1956, he yielded to the blandishments of Victorian premier Henry Bolte and Maurice Nathan, chairman of the Victoria Promotions Committee, to undertake a tour of the US to redress the overwhelmingly negative impression of the Melbourne Olympic Games. Instead of taking a much-needed break after a demanding Australian domestic season, Landy made a gruelling US tour, with his itinerary described by a Sports Illustrated journalist as “a burden of press conferences, newsreel performances, radio shows and television spots which would have staggered a candidate for the US Senate.”

At a time when only five men had ever bettered four minutes for the mile, the athletics demand was arduous: “A (sub) four-minute mile would be great,” was the reply.

Landy, in fact, obliged with two sub-fours, the first at the Los Angeles Coliseum, the second in the smaller California venue of Fresno. In the first, however, he was beaten by fellow Australian Jim Bailey, who was a student at the University of Oregon.

Worse, the rock-hard US tracks exacerbated existing soreness in Landy’s achilles tendons which would bedevil him all the way to the Olympics, compromising his preparation and, almost certainly, his performance. 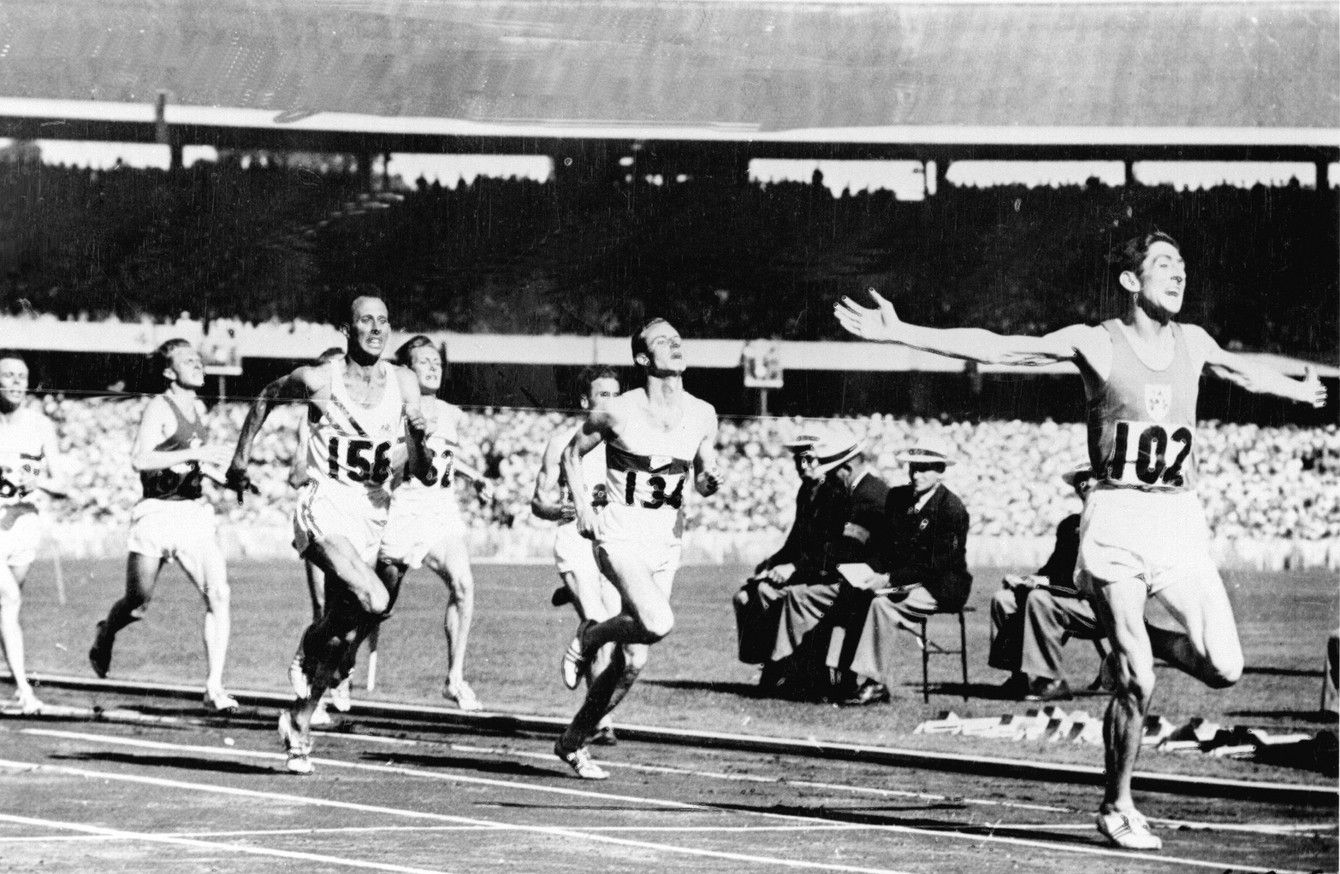 It’s hard to imagine now, how big a story Landy’s quest for the world’s first sub-four-minute mile was. It began when Landy came back from a disappointing Helsinki Olympics in 1952 to run a sensational 4:02.1 mile at a Melbourne interclub meeting. Inspired to harder training by the feats of Emil Zatopek – winner of the 5000m, 10,000m and marathon in Helsinki – Landy slashed his best time by almost eight full seconds.

Some were sceptical. How could a runner who had not made it through the Olympic heats come out a few months later and run close to four minutes? It couldn’t have been the pre-race meal: Landy had gone to the start unsure if the queasy feeling in his stomach was nerves or the digestive consequences of the chocolate milk sundae and two pies he had consumed for lunch between Saturday morning work and the race.

“Pass the salt,” advised New York Times columnist Arthur Daley, before strewing the condiment liberally as he sought an explanation as to how an Olympic failure had suddenly run the fastest mile the world had seen in some years. Short tracks Down Under? Dodgy timekeepers? Landy’s response was another fast mile – 4:02.8 – observed, this time, by a US reporter in town for the Davis Cup final. Daley swept up the salt.

“World-class athletics was something that happened overseas, not in Australia,” ran the back-cover write-off in The Landy Era. Despite Marjorie Jackson, Shirley Strickland and others, this suggestion from the publisher was largely true. But from 13 December 1952, Landy set about changing that.

As was the case with Landy, US runner Wes Santee and Britain’s Roger Bannister were also seared by disappointment in Helsinki. Landy’s amazing breakthrough had two impacts: it reignited the chase for a sub-four-minute mile and it galvanised Santee and Bannister into action.

For the next two years. Landy slogged away unavailingly in Australia, as did Santee at the University of Kansas. Bannister took a more considered and methodical approach. Mentored by Franz Stampfl, he concluded help was needed, chiefly in the form of pacing by his training mates Chris Chataway and Chris Brasher. One blatantly artificial attempt in 1953 produced a British record of 4:02.0 that, due to the illegal pacing, was not ratified.

Santee could not get the job done during the 1953 northern hemisphere season; nor could Landy in 1953-54 – one attempt in Bendigo bizarrely thwarted when he ran the four laps with a leather football stop impaled on one of his spikes.

With Landy planning a sojourn to Finland to get better racing and Santee also close to the target, Bannister and his team decided it was now, or maybe never, for British glory. On 6 May 1954, at Oxford’s Iffley Road track, Bannister trailed Brasher for two laps, then Chataway for another lap before a final sprint took him to a 3:59.4 finish and history’s first sub-four-minute mile.

Just over six weeks later, Landy ran 3:58.0, beating Chataway by more than 40 metres and taking the world record off Bannister. His 3:41.8 split at 1500m was a world record as well – an extra world mark by way of compensation for not being the first to break four.

The stage was set for an epic meeting at the Empire and Commonwealth Games in Vancouver between Bannister, the man with the feared finish, and Landy who had led practically every significant race he ever ran. Again, Landy’s sense of duty intruded. He felt the world was owed a memorable race, not a cat-and-mouse affair. On the eve of the race, he sustained a deep cut on his foot after treading on a photographer’s discarded flash globe. The cut required four stitches. The doctor was sworn to secrecy.

Despite Landy’s insistence that he did not notice any discomfort, the cut must have been a factor in the final. Equally, it did not stop him running 3:59.6. Trouble was, Bannister closed down a 15-metre lead on the third lap and got past on the final bend to win in 3:58.8.

Regardless of its impact in Vancouver, the cut foot certainly was a factor in the aftermath. Landy travelled home via Europe (where he watched Bannister win the 1500m at the European Championships) and fell ill on his return, infection from the cut being the chief suspect.

Landy took a break from running in 1955, taking up a teaching job at Timbertop, near Mansfield. Gradually, his enthusiasm for running returned. Utilising the natural environment (there were no athletics tracks, anyway), he rebuilt his fitness. Returning to racing in early 1956, he twice ran 3:58.6 in Melbourne (the first sub-four-minute miles in Australia) as well as national records for the 880 yards and three miles. Although his tendon problems were already an issue, everything seemed on track until the US trip.

Landy was the face of the Melbourne Games, yet he was caught in a race against time to be fit enough to compete and until the very last minute feared he was losing that race. The lack of confidence plagued him in the Olympic 1500m final as he sat well back in the field going into the last lap. He flew home, passing all but two runners on the final straight. Delany, using his finishing speed from much closer to the front of the pack, won decisively in 3:41.2. Germany’s Klaus Richtzenhain just held Landy off for second, both recording 3:42.0.

A few days later, Landy competed for the Empire in a British Empire vs USA match in Sydney. He ran a couple of races in Melbourne interclub at the start of 1957 but, still troubled by his tendons, opted for retirement.

For the best part of four years, though, Landy commanded world attention every time he raced. From the time he first broke four minutes, he repeated the feat five more times and would certainly have done it again in the famous Ron Clarke fall race had he not spiked the fallen Clarke as he leapt over him and gone back to check on him.

Landy’s athletic legacy stretches right down to the present-day middle and long-distance runners. Pat Clohessy, coach of world marathon champion Robert de Castella, was one of the many athletes to have benefitted directly from Landy’s advice. He observed in The Landy Era:

“John Landy not only climbed the mountain himself, but he encouraged, inspired, even assisted others who sought his advice.”

“His influence pervaded the Landy era and far beyond … (his) pioneering spirit, his innovation, his high standards, his no-excuses approach, his use of the available environment … all linked by his generosity in passing advice on to others has left a legacy that has inspired and pervaded the rest of the 20th century and indeed beyond.”

Landy was beaten in his two biggest races. He was not the first to break four minutes. Teammates or near-contemporaries in Marjorie Jackson, Shirley Strickland, Herb Elliott, Betty Cuthbert and Ralph Doubell won Olympic gold medals. Ron Clarke set many more world records. Yet Landy’s performances, his character and his legacy entitle him to a place alongside any of these great champions. He was truly a legend of Australian sport.

Landy was Australian champion on five occasions – taking gold over 800yards, one mile and three miles. He was inducted into the Athletics Australia Hall of Fame in 2004. Its luncheon series is named in his honour. He was a proud and respected member of Athletics International. 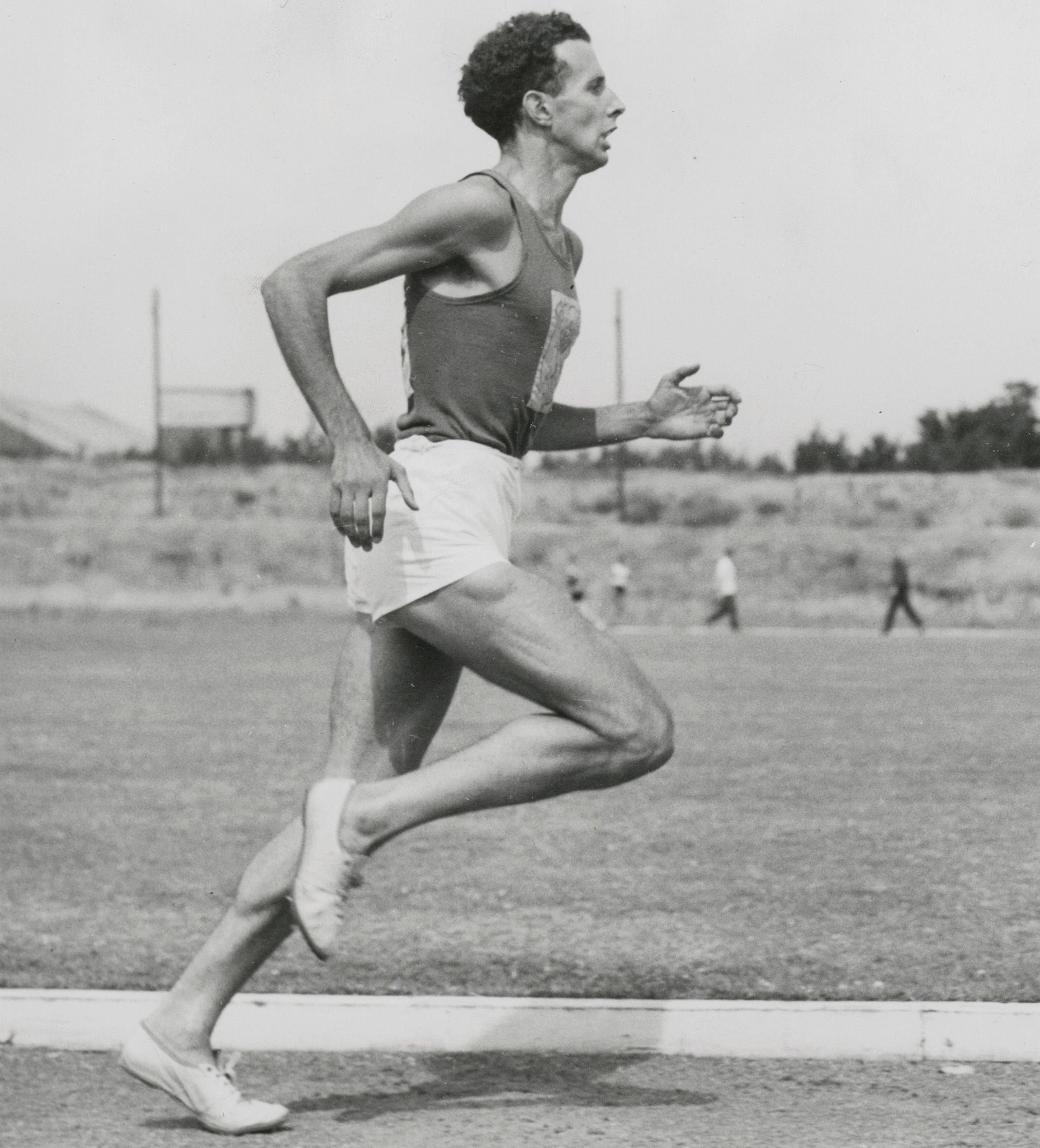 Landy was governor of Victoria from 1 January 2001 to 7 April 2006. He was the final runner in the Queen’s Baton Relay at the Melbourne 2006 Commonwealth Games, receiving the baton from Olympic teammate and fellow state governor Marjorie Nelson, and delivering it to Queen Elizabeth II.

A passionate naturalist, photographer and environmentalist, he was author of two books – Close to Nature (1984) and A Coastal Diary (1993). He was a lifelong butterfly collector, donating his collection to the Australian Museum in Sydney in 2018.

“Our world is poorer without John Landy in it,” said World Athletics President Sebastian Coe. “I was privileged to know him well. He was a charming, kind and decent man who just happened to be one of the great pioneers of the golden age of middle-distance running in the 1950s.

"He lit the spark that led to the legendary chase for the four-minute mile between 1952 and 1954 and was one of main protagonists in that quest. Ultimately Roger Bannister got there first but was also the first to recognise that Landy’s excellence inspired him to reach that historic landmark. Landy followed up by breaking Bannister’s world record in Finland just six weeks later. Their race for the world record and their iconic meeting at the 1954 Vancouver Commonwealth Games captured the imagination of the world and did more to globalise our sport than any other event of that era.

"He maintained his huge enthusiasm for athletics right to the end and was one of its great ambassadors. Our sport owes him a huge debt. I am deeply saddened by his passing and, on behalf of World Athletics, I send my heartfelt condolences to his family, friends and to the wider athletics community for whom he was such a beloved figure.”

The World Athletics Family, in particular the Australian members, extends its condolences, with much appreciation for an extraordinary contribution to athletics, to Landy’s wife Lynne (nee Fisher), daughter Alison and son Matthew.

BACK
Pages related to this articleAthletes
John Landy