Scorching 58:23 world half marathon record by Tadese in Lisbon

Zersenay Tadese of Eritrea smashed the world record in the half marathon today, clocking 58:23* at the EDP Lisbon Half Marathon.

Tadese, the winner of four successive world road running and world half marathon titles, eclipsed the mark of 58:33 set by Kenyan Samuel Wanjiru in 2007.

Following the uncooperative weather the day before this IAAF Gold Label Road Race, nobody expected great things from the race today, but the gods protecting this event came through. After a little bit of fog appeared on Lisbon’s famous 25 Abril Bridge, the sun was smiling through the clouds throughout the race.

So, that was the perfect signal everybody wanted as the race commenced. With the start at sea level (without crossing the bridge) the elite field ran against the clock as the organisers predicted.

By the 10th kilometre (27:53), the race was practically defined. By then, Tadese was running alone against the clock – the rabbits lasted for only nine kilometers – and produced the race of life. So far, that is!

Inside of world record pace, even when he reached 15km in 41:33 (four seconds behind Felix Limo’s 41:29 world record set in 2001), Tadese forced the pace to another level. The half marathon world record was well within reach when he crossed the 20km marker in 55:21*, 27 seconds faster then Haile Gebrselassie’s world record of 55:48 set in 2006.

“I felt very good, and looking for a performance just like that,” said Tadese, who had a previous personal best of 58:59 over the distance set at the 2007 World Half Marathon Championships in Udine, Italy.

“I’m in a good shape. Kilometre after kilometre I felt more courage and determination and always believed that I can get the world record.”

Afterwards, Tadese opened the window to the near future. “I hope to be in the same shape and to use the same skills to try for the world record in the London Marathon.” Impressed by the event’s organisation, Tadese promised to return to what he described as “a marvelous city and course”.

By the 10th kilometre is was clear that there were two races today, Tadese’s run against the clock, and the one for the runner-up spot. By the 15th kilometre, Kenyan Sammy Kitwara, the winner of 2009 Rotterdam Half Marathon and the 2008 Paris Half Marathon, was 24 seconds behind Tadese, and by the finish the margin didn’t change. He was second in 59:47, a personal best, ahead of his compatriot Emmanuel Mutai, the 2009 world silver medalist in the marathon, who clocked 1:00:03, also a personal best.

Two-time world marathon champion Jaouad Gharib of Morocco was still in contention for a podium spot at 15km, but faded in the waning stages to finish a distant sixth in 1:00:33.

Amid the African domination, former European 10,000m champion “Chema” Martinez of Spain was the first European across the line, finishing 11th in 1:02:52, 46 seconds ahead of the first Portuguese, Hermano Ferreira, who was 13th with 1:03:38.

With the spotlight on the men contest, the women's race didn’t get quite the same attention, with the results considerably more modest.

As in the men’s race, Peninah Arusei was in the lead from the early stages, and passed 15km in 48:14, more than 1:30 ahead of her closest pursuer. The winner of the 2010 Koyang Half Marathon and 2009 Berlin Half Marathon didn’t falter en route to her 1:08:38 victory, eight seconds slower than USA's Kara Goucher’s course record set last year. But she was well clear of the runner-up Askale Tafa of Ethiopia who clocked 1:10:46.

Finishing off the podium, at age 40, was local heroine Fernanda Ribeiro. The former Olympic, world and European 10,000m champion clocked 1:12:17.

“It is fantastic being in the podium of a race of this dimension,” said Ribeiro, who is still very much revered in Portugal. “I’m very happy to be here, and achieving this podium for the third time in my career.” In previous appearances, Ribeiro finished second in 1999, third in 2000, and fourth in 2006.

Among the guests this year was IAAF President Lamine Diack, who was invited to help celebrate the 20th anniversary of the race. Diack was especially pleased to be on hand to witness Tadese’s world record on his first visit to this race.

Among the runners was Portuguese Prime Minister José Socrates. 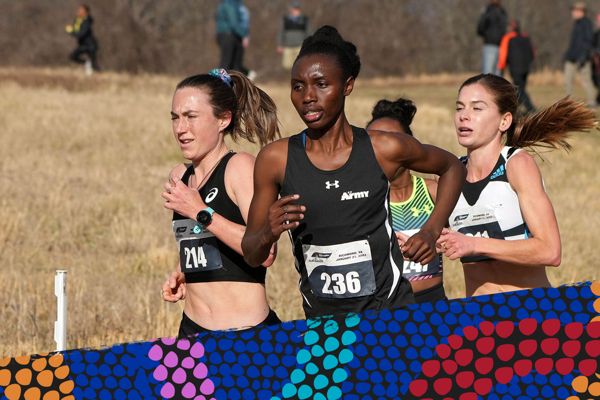