The last time that Tokyo hosted the Olympic Games is now 55 years ago, but the next time is just 365 days away as the Japanese capital commemorates one year to go to the 2020 Games opening ceremony.

When the Games came to Tokyo in 1964, 82 countries competed in athletics, no man had broken 10 seconds for 100m, the high jump was won with the straddle (men) and scissors (women) techniques and the longest women’s event was 800m. Abebe Bikila became the first man to win two Olympic marathon gold medals, Al Oerter won the third of his four consecutive discus gold medals and Betty Cuthbert won the first Olympic women’s 400m title to add to her 100m and 200m titles in 1956, completing a still unique sprint treble.

More than half a century later, athletics has changed and so has Tokyo but the Japanese city is preparing once again to welcome the world’s best athletes.

In the heart of Tokyo, the reimagined 1964 Olympic stadium, designed by Japanese architect Kengo Kuma, is almost complete.

Swathed in greenery and featuring wooden lattice screens reminiscent of traditional Japanese temple design, the three-tiered stadium will become the stage for the world’s finest athletes to perform at their very best.

Like almost every aspect of the preparation for the 2020 Olympic Games, it will feature the characteristics of both tradition and regeneration. The Games venues are divided into two main zones in the Japanese capital: the Heritage zone (where athletics will take centre stage) and the Tokyo Bay zone, which represents modern Japan and will host the athletes’ village, the Main Press Centre and International Broadcast Centre, and an urban sports venue.

The Japanese intend to break with tradition in one respect, by placing the Olympic cauldron, not at the main stadium, but on the waterfront at the Yume-no-Ohashi Bridge, near the urban sports cluster.

A second temporary cauldron will be in place at the stadium for the opening and closing ceremonies.

The 1964 Olympic stadium which originally stood on this site and which borders the wooded gardens of Tokyo’s spiritual home, the Meiji Shrine, has been gutted and rebuilt as a modern, sustainable 60,000-seat stadium.

Fans and misting systems have been installed to cool the covered stadium by as much as 10C from  the outside temperature, the last seats are going in, the Mondo track is about to be laid and the Japan Sport Council is planning a grand opening with a full house on December 21 this year.

The stadium test event will be held on 5-6 May next year to ensure that the venue and officials are ready to welcome athletes from more than 200 countries.

By the time of the Games, the stadium will be a vertical garden, with plants fringing the covered walkways that encircle the building.

That will be the view of the stadium that the marathon runners will have as they approach at the end of 42 gruelling kilometres that will take them through both historic and modern Tokyo.

The marathon route starts and finishes at the stadium, passing the landmarks of Kaminarimon (the Thunder Gate, which is guarded by the deities of wind and thunder), the Imperial Palace, home of Japan’s new emperor Naruhito, Tokyo Station, the Zojoji temple, Tokyo Tower and the Nihombashi bridge.

But none of these milestones is expected to be as decisive as the hill that rises steadily from 37km to 41km on the course. It is not steep but it is relentless, rising 30m in elevation, from five metres to 35 metres on an otherwise almost flat course.

At that stage of the race, given the expected hot conditions, even a mole hill is likely to feel like a mountain to whoever is left in contention.

The women will hit the course first, at 6am on Sunday 2 August, which has been dubbed ‘Golden Sunday’ by the Tokyo organisers due to the number of gold medals that will be handed out that day (26 across all sports). As tradition demands, the men’s marathon will be the last athletics event of the Games, starting at 6am on 9 August.

The race walkers will compete against the splendid backdrop of the Seimonishi Bridge and Palace Reception Hall, and alongside the ancient walls, moat and guard towers of the Imperial Palace, residence of the new Emperor Naruhito.

The men’s 20km race walk, in which Japan has strong medal chances, will kick off the athletics programme at 6am on 31 July. The men’s 50km event, on 8 August, will have the earliest start of the Games, 5.30am, in order to avoid the worst of the expected heat and humidity.

The scheduling of all events has been modified to take into account the possibility of extreme conditions, although to date this summer has been milder and wetter than usual.

The IAAF’s Health and Science Director Stephane Bermon is on the International Olympic Committee’s expert working group that is advising on measures that will help athletes, spectators and workforce to deal with hot weather during the Games.

The organisers plan to increase shade and the availability of water stations along the course and will distribute leaflets to advise on measures that individuals can take to reduce the effects of heat and humidity.

Dr Bermon said a heat acclimatisation strategy would be important for all endurance athletes. The IAAF has published an advice booklet to assist athletes to prepare for both Tokyo and for the IAAF World Athletics Championships in Doha in September-October.

Elite marathon runners and road racers will have an ideal opportunity to test their heat strategies in Doha in preparation for the Olympic Games.

Those who excel in Doha, both on the road and in the stadium, will be in the box seat for repeated success in Tokyo next year.

As IAAF President Sebastian Coe said today: “Many of the future stars of the Tokyo 2020 Olympic Games will begin to shine when the IAAF World Athletics Championships take place in Doha in just two months.

“Tokyo is preparing a wonderful stage for those athletes, in the rebuilt 1964 Olympic stadium and on the roads of the city, centred around the Imperial Palace. With the Tokyo organising committee, we have a safe pair of hands. Every Olympic Games has its challenges and Tokyo 2020 is working through those, but we are comfortable it will deliver everything we need for an outstanding Games. We’re even more excited to return to Japan after experiencing the enthusiasm of the local fans for athletics during the IAAF World Relays in Yokohama in May this year. “

No one can doubt the enthusiasm of the Japanese fans. More than 3.22 million Olympic tickets have been sold domestically already. Tokyo 2020 has also secured an unprecedented $3billion in domestic sponsorship revenue. But it’s the records set on the track, the road and in the field, and the athletes who achieve them, that will live longest in memory once the Games begin on 24 July next year.

Nicole Jeffery for the IAAF 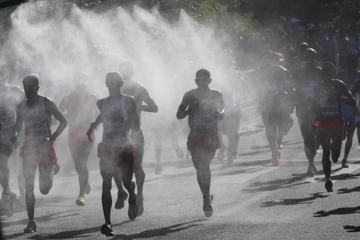 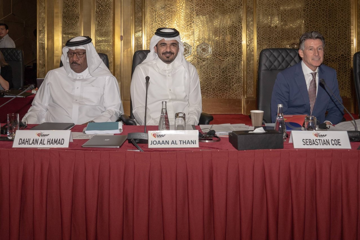 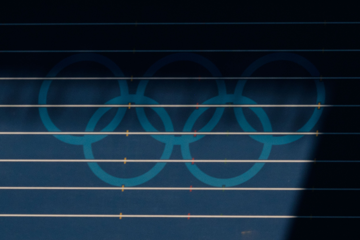 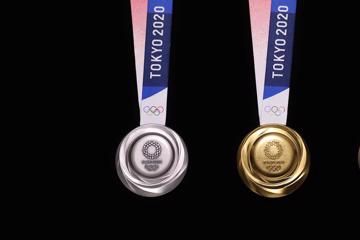