The organisers of the 33rd edition of the Osaka International Women’s Marathon, an IAAF Silver Label Road Race, have announced that Ukraine’s reigning champion Tetiana Gamera-Shmyrko will defend her title on 26 January.

Gamera-Shmyrko, who won earlier this year in 2:23:58, will be bidding to become the first woman since Romania’s Lidia Simon won the third of her three consecutive titles in 2000 to successfully defend her crown in the Japanese city.

The Ukrainian is one of four former champions who are scheduled to be on the start line in Osaka next month, but the only non-Japanese runner among that quartet.

Japan’s marathon record-holder, 2004 Olympic champion and 2003 Osaka winner Mizuki Noguchi, has the accolade of being the fastest woman in the field with her time of 2:19:12 from the 2005 Berlin Marathon.

Noguchi also holds the course record with her time of 2:21:18 from when she won a decade ago, although the course was modified slightly in 2011 in a bid to produce faster times.

She will be accompanied by her compatriots Yukiko Akaba and Risa Shigetomo, the 2011 and 2012 winners respectively.

Also on the start line will be Yuko Watanabe and Mari Ozaki, who finished third and fourth in this year’s race.

Watanabe set her personal best of 2:25:56 in Osaka and went on to win the Sapporo Marathon in August while Ozaki, now 38, has also finished second in Osaka twice and has a third place to her name.

There will also be a lot of local interest in how the talented Japanese runners Sayo Nomura and Sairi Maeda perform on their debuts over the classic distance.

BACK
Pages related to this articleAthletes
Mari Ozaki 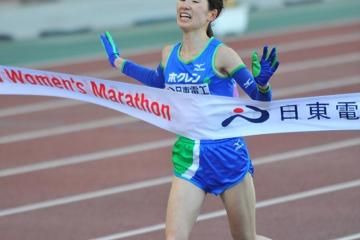 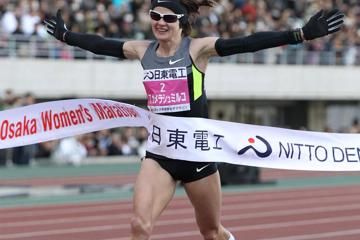