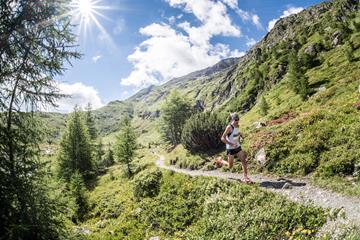 The 22nd edition of the World Mountain Running Association (WMRA) World Cup will stretch further and wider than ever.

Not only will Spain host WMRA World Cup events for the first time in history, but there will now be three types of race to choose from: the vertical uphill, classic mountain race and long mountain race. Runners amass points to compete for the overall title.

The WMRA has announced a unique combination of races which will make up the 2020 World Cup, allowing not only for the best mountain runners of the world to race together, but also for recreational runners to follow in their footsteps and enjoy some of the greatest mountain views and events in the world.

There are nine events with 12 possible races to choose from – three vertical uphill, five classic mountain and four long mountain.

Spain kicks off the series in grand style, with the unique Basque passion for mountain running to welcome mountain runners from all over the world at Zumaia Flysch Trail Mendi Maratoia on 3 May. The series will then head to northern Italy for Vertical Nasego and Trofeo Nasego. The vertical uphill race will take place on 16 May over a distance of 4.2km and the following day the classic mountain race will be contested over a 21.5km course with 1336m of climbing.

After making its debut in 2019, the WMRA World Cup will return to the Broken Arrow Skyrace in Squaw Valley, California. Then it’s the turn of the Grossglockner Berglauf in Heilenblut, Austria on 12 July for the next classic mountain race where runners will take on the 13km race with 1265m of uphill against the stunning backdrop. Then on 9 August it’s back to the iconic Sierre-Zinal 31km race in Switzerland, which provided such an incredible race in 2019.

One week later the World Cup is off to Nordkette Vertical in Innsbruck, Austria, for an uphill race on 16 September with 1400m of ascent over its 6km route. The 2020 World Cup will culminate with one more vertical uphill race on 4 October – the Kilometro Verticale Chiavenna-Lagunac in Italy, also known as the ‘vertical race of the records’.