As the reigning Olympic champion and world indoor record-holder, pole vaulter Jenn Suhr will head to Sopot, Poland, next month for the IAAF World Indoor Championships on 7-9 March as one of the USA’s biggest gold medal favourites.

With little more than one month to go until the biggest global athletics event of 2014, Suhr spoke to the international press in a teleconference on Tuesday (4).

Has the bad weather on the east coast of the US affected your training? How do you feel physically?

Jenn Suhr: The weather here in western New York has been atrocious. We've fought it for years and we’ve trained in a steel building, heated with propane, and that’s how I’ve learned to jump. I’ve trained that way since 2005. But this year we decided to get out of the area to the Olympic Training Center in Colorado Springs. It’s been mostly to get out of the conditions, to get physiotherapy and to get in good shape.

My preparations have been better than they have been in the past. I've trained healthy and made so many gains physically. I’m in such good shape right now that I’m actually a little out of timing with my vault because I’m not used to the speed and strength that I have. I’m just waiting for that to match up, which it will in time, so I’m really excited for the indoor season. The last three years have been so stressful, especially in the US where you have to qualify for the team, I can’t even tell you how difficult that is. This year I’m looking forward to being able to compete without the pressure.

The last time you competed at the IAAF World Indoor Championships was 2008 when you won the silver medal. Are you looking forward to competing at another World Indoors?

The women’s pole vault in Sopot will be a straight final. Do you see this as an advantage?

JS: In 2008 we qualified the day before then the final was the next day. In 2012 it was a straight final, but that year I didn’t go because my achilles was sore and it was Olympic year so I didn't want to push it. I’ve never been in a major championship with no qualifying round, so I definitely see it as a positive.

I believe Poland has a special place in your heart. How much do you know about it?

JS: Really since I found out that the World Indoors will be in Poland, I started doing some research and talking to relatives. We found out that my great great grandfather, Julian Stuczynski, came over to the US from an area of Russian Poland, I guess near Lomza, with his wife in 1905. It's interesting to trace the route back and see where my ancestors were from, it’s really been exciting over the past few weeks to do.

You’re scheduled to compete in Boston on Saturday. What do you expect from that particular meet?

JS: It's still early. Boston is going to be my first (big) meeting, so I don't expect too much. It’s really to come in, get the marks and kick off the indoor season. My focus is on US Nationals at the end of February, and then after that the World Indoors, depending on how the US Nationals go.

I look forward to competing in Boston every year; it's like a second home to me. It’s where things kicked off for me in 2005 when I won my first US title, so it's dear to my heart. I hope for something good this weekend and I hope to have fun here.

What’s the hardest part of transporting large equipment around with you to competitions?

JS: There are so many things that pole vaulters deal with which other athletes don’t have to think about. Let’s start with the overweight limit on planes. Air travel alone is so hard. Then once you get there, you can't just hop in taxi to go to a hotel. There are so many challenging things, but you learn to adapt. Pole vaulters have become good at adapting to things, but there are a lot of challenges and a lot of headaches involved.

How do you stay focused during long competitions?

JS: Competitions can go from an hour to three-and-a-half hours. During that time when you’re waiting for your entry height, I like to watch other events; anything to keep my mind off it so I don't get too hyped up too early. But once I’ve entered the competition, that’s when I try to stay warm and stay focused.

What are your favourite events to watch?

JS: I like watching the hurdles and field events. I usually watch the big screen at meetings and I definitely like watching field events because I’m a field eventer. I like to watch people I know to see how they’re doing in the competition.

Do you have a favourite athlete?

JS: I can spend up to six hours a day preparing and getting ready, whether it’s doing drills in the gymnastics room to being on the runway, we’re always filling the day with some form on training. This year we’ve really focused on preparing as hard as we can while staying healthy. My training is going really well and physically I’m in good shape.

Already this year, Renaud Lavillenie has been clearing some huge heights. Do you think he will have broken the world indoor record by the end of the indoor season?

JS: I’ve been following Renaud's performances and they’ve been above and beyond what I thought he could do at this stage of the season. It’s been spectacular to watch him and his improvement through the years, it’s refreshing. He comes out with a different style and a different attitude. I think he can break the world record. I’ve seen it attempted by people before and they haven’t been close, but I’ve watched his attempts and it really looks like he can make it. I really hope he does, and I think he can do it indoors, with the right timing and right conditions.

You’re one of only two women to have cleared five metres. Who do you think will be the next member of the five-metre club?

JS: It could be any one of a bunch of people. I see a lot of vaulters out there who are capable of jumping it. It’s whether you stay healthy, have the right timing, the right conditions. There are so many factors that go into it. There could be athletes who break it, and I could name them, but then there could be someone who comes from nowhere all of a sudden.

How do you compare your current shape to your form from the 2013 indoor season?

JS: In 2013 I was hurt all year. In my first competition of the year, I fell on a standard and hurt my hip. I couldn't practise, so I could only take a short run. At two meetings in a row I had to exit the competition early because I couldn’t go on. But at the US Nationals it just so happened that I could run without pain and I was able to time the jump correctly.

This year has been nice because I’m not hurt and I’ve had weeks and months of good training. It’s funny because last year I was in timing with my pole but I was hurt, whereas this year I’m not hurt but I’m a little out of timing. So I’m just hoping it all matches up.

There’s no World Championships or Olympic Games this year, so will you turn your attention to the Diamond League this summer?

JS: Yes, without the World Championships, the Diamond League is definitely the next big thing so it’s something I’m definitely going to look at to try to fit in my schedule. I’m not 100% sure if I’ll do all of them. This outdoor season, I just want to enjoy competing and do things I’ve never done before like competing in a street vault in Europe. 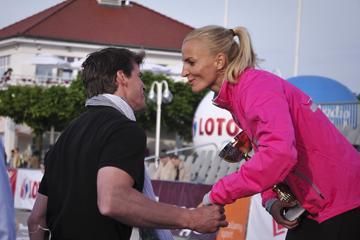 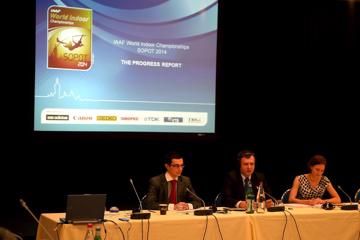 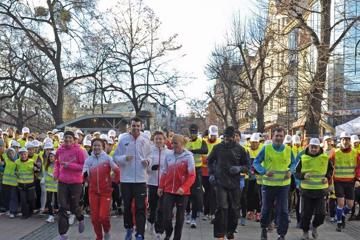 Kipketer gets Sopot running towards 2014 Worl... 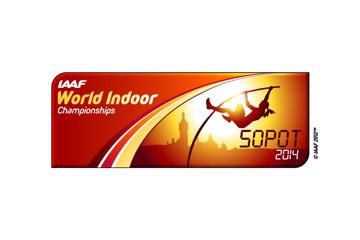