With just a few weeks to go until the IAAF Athletics Awards 2017, the IAAF can reveal the names of the six finalists for the Rising Star Awards.

All athletes in this category are U23. The winners – one man and one woman – will be announced live on stage at the IAAF Athletics Awards 2017 in Monaco on Friday 24 November.

Having qualified for the USA’s Olympic 4x100m squad last year, Coleman made a name for himself in 2017.

After beating Usain Bolt in the semi-finals at the World Championships, Coleman replicated the feat in the final to take the silver medal ahead of the sprint legend. He later earned another silver medal when running the anchor leg on USA’s 4x100m team.

Swedish pole vaulter Armand Duplantis has set numerous age-group records over the years and picked up many international medals, but his biggest success came this year, when at the age of 17 he vaulted to a world U20 record of 5.90m.

Duplantis followed that performance with a gold medal at the European Under-20 Championships in Grosseto and a ninth-place finish at the IAAF World Championships, becoming the youngest ever finalist in the event.

Following an illustrious junior career, during which he spent most of his time focused on the combined events, 2017 was the first season in which Karsten Warholm dedicated himself completely to the 400m hurdles.

The Norwegian doubled up at the European Under-23 Championships in the 400m hurdles and 400m, where he won gold and silver respectively. But his biggest achievement came at the IAAF World Championships in London where he became the youngest ever world champion in the event.

After gaining a bronze medal at the IAAF World U20 Championships and qualifying for the Olympics in 2016, Ukrainian high jumper Yuliya Levchenko burst on to the senior stage this year.

The 19-year-old started the year by setting an indoor personal best of 1.94m to take the bronze medal at the European Indoor Championships in Belgrade. She followed her indoor success at the European Under-23 Championships, grabbing the gold medal with a jump of 1.96m.

Her momentum continued through to the IAAF World Championships London 2017, where she gained the silver medal with a lifetime best of 2.01m, equalling the world age-19 best.

Following a successful junior career and an appearance at last year’s Olympic Games, Bahraini sprinter Salwa Eid Naser made a big breakthrough in 2017.

Although still an U20 athlete, Naser set national records in each round of the 400m at the IAAF World Championships, culminating with a silver medal. After becoming the youngest ever medallist in the women’s 400m at the World Championships, she ended her season by clocking an Asian U20 record of 49.88 in Brussels, moving to third on the world U20 all-time list.

Continuing on from her fine year in 2016, Yulimar Rojas took it that hop-step-jump further to emerge victorious at this year’s IAAF World Championships. 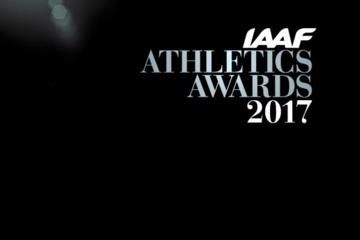 Nominees announced for World Athlete of the Y...