Her main contender is a man: the winner of last year’s race, Nguse Amlosom of Eritrea. The biggest and most famous Dutch road race over 10 miles is a battle between the sexes.

The women start six minutes and four seconds ahead of the men, which represents the difference in the course records. Norway’s Ingrid Kristiansen set the women’s mark of 50:31 back in 1987, while Leonard Komon clocked 44:27 in 2011.

Whoever crosses the finish line first – man or woman – will receive the winner’s bonus.

Last year, it was a close fight between Amlosom and Joyce Chepkirui, who was the first woman in five years to win here. Gelana is the favourite this year, but she is aware that she has something to prove.

“I’m very glad that the organisers are giving me this opportunity,” she said at the press conference on Friday. “I always like to run in the Netherlands, where I won my first marathon in Amsterdam in 2011 and set my PB of 2:18:58 in Rotterdam in 2012.

“The victory at the Olympic Games changed my life a lot,” she added. “My family, my team-mates and my coach were very happy for me.”

But Gelana was less fortunate afterwards. She wanted to run the New York Marathon in November 2012, but it was cancelled because of the weather conditions. At the London Marathon the following April, she collided with a wheel chair.

“I finished the race, but afterwards I found out that I was badly injured and it took me a very long time to fully recover,” said Gelana, who was unable to finish the marathon at the IAAF World Championships in Moscow.

“Physically and mentally I had a difficult time, but now I’m in a good shape again.”

Two weeks ago, the Ethiopian finished third at the Great North Run in 68:45. Her next big goal will be the Yokohama Women’s Marathon in November.

Also in the race are Linet Masai, who won in 2009, and Hilda Kibet, the winner in 2010 who will start for the ninth time in the 30th edition of the event.

The men’s field will feature the top three finishers from last year’s race. Amlosom will be joined by Peter Kirui, who paced Patrick Makau to his marathon world record in 2011, and fellow Kenyan John Mwangangi.

Kirui and Mwangangi were battling for the victory 12 months ago before Amlosom sprinted past both of them. “It was Kirui who was pushing, pushing, pushing, but at the end I was the best sprinter,” recalled Amlosom.

Since then, the 27-year-old Eritrean has continued to improve, finishing fifth at the IAAF World Half Marathon Championships in Copenhagen in 60:00. “At the end of July I went to Bogota for a half marathon at high altitude, where I finished fourth,” he said. “Much to my surprise, only two weeks later I was the African champion in the 10,000m in Marrakech.”

Last week he returned to Morocco, finishing third in the 5000m at the IAAF Continental Cup. “I’m in a great shape,” Amlosom said with a big smile. “I’m sure that I can run under 45 minutes here and I will win again.”

Kirui is supposed to be his main contender. In April he won the Prague Half Marathon in a personal best of 59:22. Mwangangi was a pacemaker at the Hamburg Marathon in May, but went on to finish the race, crossing the line in 2:08:06.

Joshua Cheptegei, the world junior 10,000m champion from Uganda, will also be on the start line.

Almost 45,000 runners will start on Sunday in this jubilee edition of the Damloop, together with 10,000 runners in the four-mile race on Saturday evening and 5000 youngsters in shorter distances.

BACK
Pages related to this articleAthletes
Tiki Gelana 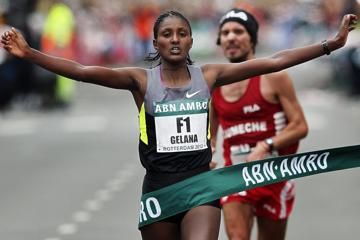 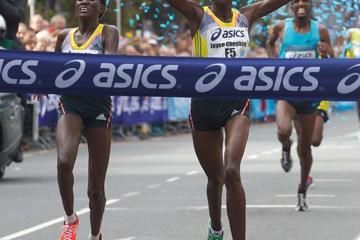 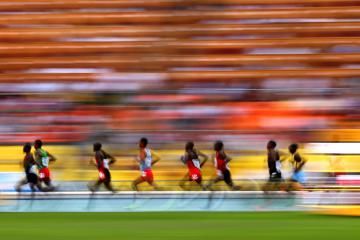 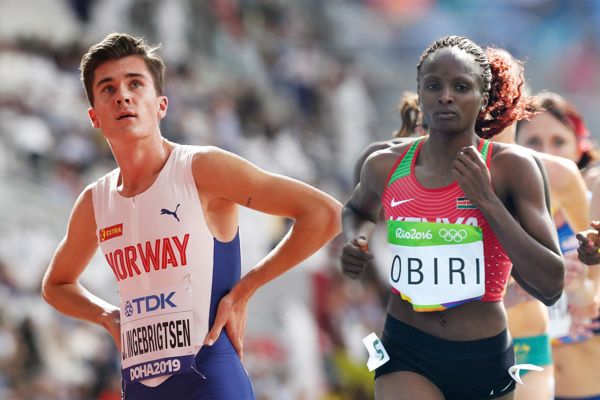 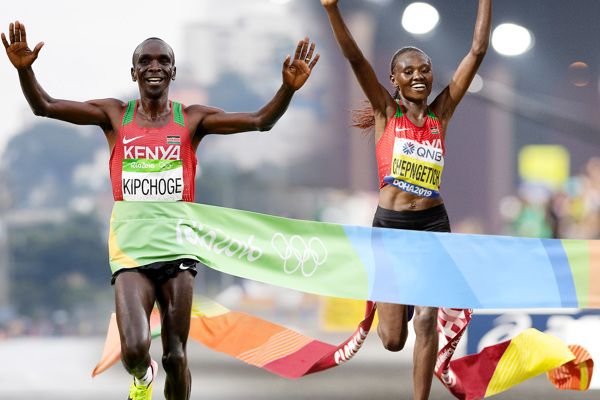