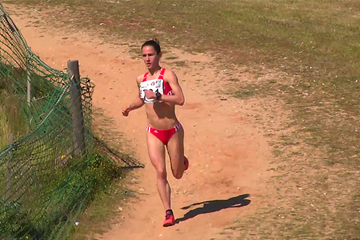 El Bakkali the favourite in Albufeira

The focus of the cross country scene will fall on Albufeira in Portugal’s southernmost Algarve region for the 41st edition of the Almond Blossom Cross Country on Sunday (18), the final IAAF Cross Country Permit meeting of the 2017-18 season.

The favourite in the men’s 9350m race is Morocco’s Soufiane El Bakkali, the 3000m steeplechase silver medallist at last summer’s IAAF World Championships. El Bakkali, who was fourth at 2016 Olympic Games in his specialty, finished third at the Antrim Cross Country earlier this season and three days ago clocked 7:41.88 over 3000m in Lievin, France, again finishing third.

Expected to provide a strong challenge are Kenyans Daniel Kipchirchir Komen and Benard Ngeno. Komen's is a familiar name, having raced to back-to-back 1500m silver medal finishes at the 2006 and 2008 IAAF World Indoor Championships. He is also, with a 3:33.08 best, the fourth fastest ever over the distance indoors.

Ngeno is a less tested quantity. Most recently, he finished second at the 2017 Philadelphia Half Marathon clocking 1:02:38.

In the women’s 6150m race, Portuguese Carla Salomé Rocha is the leading contender. She won this race in 2016, when she became the national cross country champion. This year she was ninth in the Cross Italica in Seville. She followed that up with a 12th place showing at the European Champion Clubs Cross Country Cup, in Mira, and most recently, finished third at the Caceres Cross Country last weekend.

Her major threat could come from Kenyans Emily Jepkoech and and Mercyline Jeronoh, winner of the Morlaix 10 km in 32:46.

Other Portuguese athletes are expected to be in the mix: Doroteia Peixoto, who was third in the Viana do Castelo half marathon in 1:18:40, and locals Vera Fernandes and Catarina Guerreiro, who were 15th and 19th in the national road race championship. Ana Dias, a former international who competed in 12 European Cross Country Championships and seven World Cross Country Championships, is also among the entrants.