Lavillenie, Rohler and Ibarguen among the star attractions in Turku

There will be a strong focus on infield action at the 55th Paavo Nurmi Games, an IAAF World Challenge Meeting, in Turku on Tuesday (12).

The meeting will be staged on Paavo Nurmi’s 120th birthday at the Turku Sports Park stadium which was renamed in 1997 to honour the nine-time Olympic champion on the 100th anniversary of his birth in the same city.

With the meeting held in Finland, the men’s javelin is no surprise one of the main events. This time, though, it’s a German show led by Olympic champion Thomas Rohler, who reached 90 metres for the first time in Turku last year – twice – winning with an end-of-season world lead of 91.28m.

Andreas Hofmann and Johannes Vetter are the two other top names from Germany, but the latter might not make it to Turku due to illness. He had to withdraw from Sunday’s Jena competition, which Rohler won with 83.64m. Julius Yego, the world champion, competes here for the second time after finishing third in 2013. Tero Pitkämäki is looking for his fourth win in the competition after victories in 2015, 2014 and 2007. Tom Petranoff is the top athlete in the meeting’s history with four wins.

The Paavo Nurmi Games forms part of the IAAF Hammer Throw Challenge and Poland's Pawel Fajdek is looking to make history in Turku.

The two-time world champion has won in Turku for the past two years, and holds the stadium and meeting record at 81.12m from last season. Only two Finns, Kauko Harlos and Pekka Nurmi, have won three times.

Olympic champion Dilshod Nazarov of Tajikistan threw his 2016 best of 78.87m here with Wojciech Nowicki of Poland also beyond 78 metres last year. Nazarov is competing a for the fourth time in a row after finishing second in 2014, third in 2015 and second in 2016.

A high-level men’s pole vault competition hasn’t been witnessed in Turku for a long time. The stadium and competition record is a respectable 5.85m set by Yevgeniy Smiryagin in 1997, but since that day only one man has gone higher than 5.60m in Turku with Jere Bergius clearing that height at the 2011 Finnish Championships.

World record-holder Renaud Lavillenie is the top name with the strongest challenge coming from countryman Kevin Menaldo and 2011 world champion Pawel Wojciechowski from Poland. Eight jumpers have cleared 5.70m during their career and five of them during the 2017 outdoor season.

The top women’s name is high jumper Maria Lasitskene, competing as a neutral athlete, who set a world-leading 2.04m personal best in Hengelo on Sunday. Louise Ritter, the 1988 Olympic champion, has held the 1.98m stadium and competition record since 1985 and in this event too, it’s possible for the ancient record to go.

In the triple jump, Caterine Ibarguen will be competing in Turku for the first time. The 33-year-old Colombian has won the past two world titles and is the Olympic champion. She jumped 14.78m in Rome last week and is ranked second in the world this season.

In the women’s pole vault home favourites Minna Nikkanen and world U20 record-holder Wilma Murto, who turned 19 on Sunday, will face strong opposition. Neutral athlete Olga Mullina equalled her 4.65m personal best in Hengelo on Sunday and Ukraine’s Maryna Kylypko has jumped 4.55m this season. There is history excitement in this event too with 29-year-old Nikkanen gunning for a record seventh win at the Nurmi Games. Hurdlers Johanna Halkoaho and Tiina Lindgren have both won seven times while shot putter Seppo Simola and discus thrower Frantz Kruger have six wins on the men’s side.

The men’s 3000m promises to be a good race too. Bahrain’s Sadik Mikhou has a best of 7:39.02 from last season, but his 3:31.34 world leader in the 1500m in Hengelo illustrates that he can run even faster than that. Top opposition is expected from 2014 world indoor 3000m champion Caleb Ndiku of Kenya and Ethiopians Tesfaye Girma, a steeplechase specialist, and Dawit Wolde.

The 110m hurdles contest includes five hurdlers that have run faster than 13.30. They are led by South African Antonio Alkana who has clocked a 13.11 African record this season. Garfield Darien, Mikel Thomas and 2016 Turku winner Balazs Baji are also in the field. 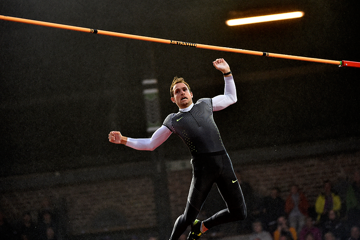 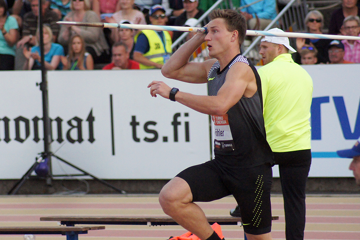 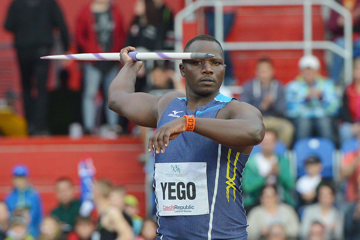 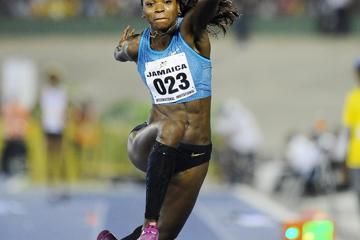