Madrid’s San Silvestre Vallecana once again offers world-class line-ups in both the men’s and women’s races at the IAAF Silver Label road race on Monday (31).

On this occasion the women’s race brings together a mouth-watering field topped by Ethiopia’s Tirunesh Dibaba and the Kenyan pair of Hellen Obiri and Brigid Kosgei. Dibaba, a multiple Olympic and world champion, is now 33 and has focused on the marathon over the last two years. She set a national record of 2:17:56 for the distance in London last year to become the third fastest marathoner of all-time.

More recently, Dibaba clocked 2:18:55 in September’s Berlin Marathon and 1:08:37 at the New Delhi Half Marathon where she finished sixth.

Dibaba will face tough opposition from the Kenyan tandem as Obiri, a former 1500 specialist who grabbed bronze at the 2013 World Championships, arrives as the reigning world 5000m champion with an impressive 14:18:37 lifetime best. This year the 29-year-old captured the 5000m title at the Commonwealth Games in April and the African title in August. Madrid will mark Obiri’s competitive debut over the 10km distance.

Kosgei is much more accustomed to the roads. The 24-year-old won the Chicago Marathon in style with a 2:18:37 PB and seems ready to fight for the victory on Monday. She won this race two years ago in 32:07.

Who can stop Kiplimo?

In the men's race, world U20 10,000m silver medallist Jacob Kiplimo will start as the man to beat. The Ugandan teenager, still 17, is unbeaten in four races this autumn season: a 10km event in Trento in October and three IAAF Cross Country Permit races in the Spanish cities of Atapuerca, Soria and Alcobendas.

Kiplimo clocked 28:17 at the Giro al Sas in Trento, his best 10km on the roads, a performance he will likely improve upon Monday in his quest for the win. However, the reigning world U20 cross country champion will face dangerous rivals including Ethiopia’s Abadi Hadis, the reigning world cross country bronze medallist and Kenya’s Benard Ngeno. Both competed at the Valencia Half Marathon in October, Hadis finishing third in 58:44 and Ngeno sixth in 59:22, massive PBs for both. Hadis, 21, also finished fourth in Atapuerca.

Spanish hopes rest on Adel Mechaal, fresh from an eighth place finish at the European Cross Country Championships in Tilburg and Toni Abadía, the national record holder for the distance with a 27:48 clocking set in Laredo last March. The 28-year-old came 14th in Tilburg and will defend the third place he managed here the last two years. Javier Guerra, an accomplished road athlete with 1:01:38 and 2:08:36 half marathon and marathon credentials, will also be on show.

The race is held on a slightly downhill 10km point-to-point course and starts alongside Real Madrid’s Santiago Bernabeu stadium before finishing on the pitch of another football team, Rayo Vallecano, in Madrid’s southern suburbs.

Forecasters predict a mild night on Monday with temperatures ranging between 8-10C and no rain expected when the gun sounds the start of the last IAAF Label road race of 2018.

In addition to the elite contest, there will be a mass race with no fewer than 40,000 entrants taking to the streets two-and-a-half hours before the main event. 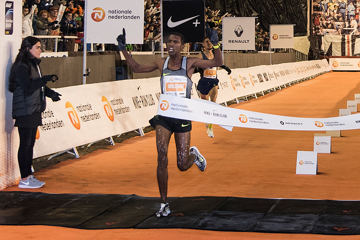 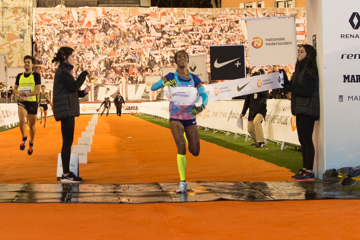