Whenever you come to the IAAF Diamond League meeting in Monaco you can bet on something good happening – it’s just a case of judging where to put your chips. As the wheel spins again here at the Herculis EBS meeting on Friday (12) night, there are several numbers that look particularly likely to come up – with rich possibilities.

Four years ago the men’s triple jump became one of the most excitingly volatile of athletics disciplines as Christian Taylor of the United States and Pedro Pablo Pichardo, then of Cuba, conducted a high-powered rivalry that took both into 18 metres plus territory.

This year the event looks like it could be another memorable occasion – with an additional third ingredient of Taylor’s compatriot Will Claye, whose effort of 18.14m at Long Beach, California on 29 June put him third on the all-time list behind Taylor’s 18.21m and the 1995 world record of 18.29 that stands to Britain’s Jonathan Edwards.

Taylor, the world and Olympic champion, indicated his own current form in beating his two rivals at the Istvan Gyulai Memorial in Szekesfehervar on Tuesday.

After breaking the meeting record with 17.68m in round three, Taylor then took full advantage of a following wind of 3.4 m/s – 1.4m/s over the permissible level for record purposes – by recording a distance of 17.93m.

Under any conditions he has only bettered that on five occasions in his medal-laden career, two of which were in World Championship finals.

Claye, the double world indoor champion, had challenged strongly, finishing second with 17.66m, with double world silver medallist Pichardo, who reached 18.08 in that fabled year and now competing for Portugal, third on 17.29m.

Friday night’s action replay could be something special as Taylor competes in Monaco for the fifth time with a meeting record of 17.75m to defend…

Miller-Uibo vs Thompson in the 200m

Nigeria’s Blessing Okagbare is not far off that level with a season’s best of 22.05, and double world champion Dafne Schippers of The Netherlands will be wanting to trim something off her best of the season, 22.56.

Spotlight on Cheruiyot in the 1500m

Monaco and middle distance have co-existed with sublime felicity in recent years, and another vintage race – albeit not one that counts in terms of Diamond League points - could be in the offing in the men’s 1500m, which brings together the six top performers of the year, most notably Timothy Cheruiyot.

Kenya’s world silver medallist took almost a second off the Lausanne meeting record at last Friday’s Diamond League meeting, clocking 3:28.77, the fastest recorded this season. He also set a then personal best of 3:28.41 in winning last year’s 1500m in Monaco.

Facing him again will be Norwegian brothers Filip and 18-year-old Jakob Ingebrigtsen, European champions at this distance in 2016 and 2018 respectively. The latter clocked 3:30.16 in Lausanne, a pending world U20 record.

Others in the field include Ethiopia’s Samuel Tefera, who set a world indoor record of 3:31.39 earlier this year, Djibouti’s Ayanleh Souleiman, who has run 3:30.79 this season, and Ronald Musagala of Uganda, who has clocked 3:31.33.

Dibaba takes on Hassan over the mile

The women’s mile race, renamed the "Brave Like Gabe Mile" in tribute to US runner Gabriele Grunewald, who died earlier this year after many years battling to maintain her career despite cancer, also has high dazzle potential.

Ethiopia’s Genzebe Dibaba, who set the current world record of 3min 50.07 on this track four years ago, will need to be at her best to withstand the challenge of the Dutch European 5000m champion Sifan Hassan, who also set a world record in the Principality earlier this year over the 5km road distance.

The race features a third athlete who has broken a world record in Monaco – Kenya’s 3000m steeplechase specialist Beatrice Chepkoech.

His opposition includes Kenya’s Ferguson Cheruyiot Rotich, who has clocked 1:43.93 this year, and Poland’s European champion and master tactician Adam Kszczot, who has run 1:44.74 this year.

Is it safe yet to start ruling 37-year-old world 100m champion Justin Gatlin out of the running for victory at the highest level? Probably not; although he will need to deploy all his wiles to get the better of his swiftly rising 21-year-old US compatriot Noah Lyles.

While the latter is probably strongest over 200m, where he has won successive Diamond League titles, he set a 100m personal best of 9.86sec at the Shanghai Diamond League in May.

Also in the mix will be a third sprinting talent, NCAA champion Divine Oduduru, whose season’s best matches that of Lyles.

Lyles has fresh and happy memories of Monaco, having won here over 200m last year in a personal best and meeting record of 19.65.

The meeting record of 6.00m in the men’s pole vault is under serious threat. Poland’s Piotr Lisek produced a lifetime best of 6.01m in Lausanne last Friday to earn his first Diamond League victory since 2017, and the 26-year-old world silver medallist will like the idea of consecutive wins.

Those not liking that idea will include world champion Sam Kendricks of the US, who reached 5.95 in Switzerland, and Sweden’s 19-year-old European champion Armand Duplantis, who has already cleared 6.00m this year.

Add into that mix France’s world record holder Renaud Lavillenie, returning to form fast this season having registered a 5.81m jump, and the blue touch paper is lit.

World 100m hurdles record holder Kendra Harrison of the United States will face opposition from compatriots Nia Ali, the Rio 2016 silver medallist who has clocked 12.75 this season, and NCAA champion Janeek Brown, whose season’s best of 12.40 is 0.06 faster than Harrison has so far managed.

World high jump champion Mariya Lasitskene, who has already cleared 2.06m this season, is likely to find herself at high altitude once again, with Bulgaria’s Rio 2016 silver medallist Mirela Demireva, who has a best of 1.97 this year, likely to prove one of her closest challengers.

Rising 19-year-old US talent Sydney McLaughlin won in her Diamond League debut earlier this season and is second in this season’s lists with 53.72.

Britain’s European 1500m champion Laura Muir will sharpen her speed in a women’s 800m race that will also include world bronze medallist Ajee Wilson of the United States, who has run 1:58.36 this season, and Raevyn Rogers, who has clocked 1:58.65.

Samba back in action - on the flat

Qatar’s Abderrahman Samba, who is working towards a golden end to his season when his adopted country stage the IAAF World Championships later this year, is due to be back in action after the bursitis that has kept him out of his recent scheduled races.

The man who dominated the 400m hurdles last season, moving to second on the all-time list with a time of 46.98, will race over the flat on this occasion. Testing his basic speed will be, among others, world silver medallist Steven Gardiner of The Bahamas, who set a personal best of 43.87 last year.

In the concluding event of the evening, the men’s 3000m steeplechase, Morocco’s world silver medallist Soufiane El Bakkali, will be targeting the personal best of 7:58.15 he set on this track last year.

His opposition includes Getnet Wale, the Ethiopian who leads this year’s rankings with 8:06.01.

The main meeting will be prefaced tomorrow evening by a women’s triple jump on the Port Hercule.

A setting that has previously showcased shot putters will now be given over to women triple jumpers, and the field could hardly be better. Among the competitors will be Colombia’s Rio 2016 champion Caterine Ibarguen, who set the IAAF Diamond League record of 15.31m in Monaco, and reigning world champion Yulimar Rojas of Venezuela, who has produced the best performance of 2019 so far, a personal best of 15.06m.

Also in contention will be the Greek European champion Paraskevi Papachristou, who has jumped 14.51m this season.

France’s decathlon world champion and record holder Kevin Mayer, who used last year’s showcased shot put to pit his talents against the world’s specialists, will do the same again this year in the javelin - although within the confines of the Stade Louis II on this occasion.

Among those from whom Mayer will be taking lessons will be Germany’s Olympic and European champion - and Diamond League record holder -Thomas Rohler, and Estonia’s Magnus Kirt, who leads the 2019 list with 90.61m. 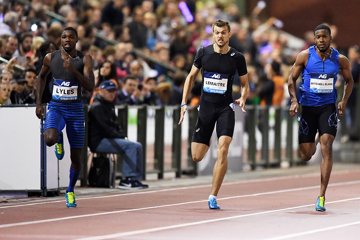 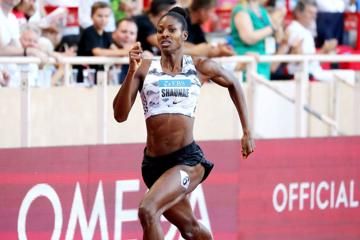 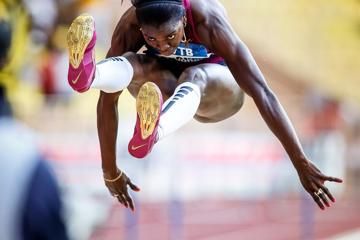