The 2019 World Mountain Running Association (WMRA) World Cup will kick off on Friday (24) with the 16km event at the Salomon Gore-tex Maxi-Race around Lake Annecy.

World mountain running champion Lucy Wambui Murigi starts as the favourite in the women’s race. After finishing second overall in last year’s WMRA World Cup, the Kenyan will be keen to start her 2019 campaign with maximum points.

Ireland’s Sarah McCormack was a surprise third-place finisher behind Murigi in the 2018 World Cup and will continue her quest to win a title in 2019.

Britain’s Andrew Douglas, the third-place finisher in the 2018 World Cup, won the Trofeo Nasego race in Italy last week, so is in form to challenge for top honours in the men’s race in Annecy.

European mountain running champion Bernard Dematteis will line up alongside twin brother Martin. Bernard finished fourth overall in the 2018 WMRA World Cup, but Martin has got the upper hand on numerous occasions in the past, including at the 2016 European Mountain Running Championships and the Cinque Mulini cross-country race earlier this year.

Following runner-up finishes at the Pikes Peak Marathon and Moab Trail Marathon, USA’s Andy Wacker is expected to be among the leading contenders alongside Kenya’s Robert Panin Surum, Eritrea’s Filmon Abraham and Romain Buissart of France.

The Maxi-Race is the first of seven races in the 2019 WMRA World Cup. After Annecy, the circuit heads to Squaw Valley in the USA, Heiligenblut in Austria, Llanberis in the UK, Sierre in Switzerland and Sesto in Italy before its conclusion in the Slovenian capital Ljubljana. 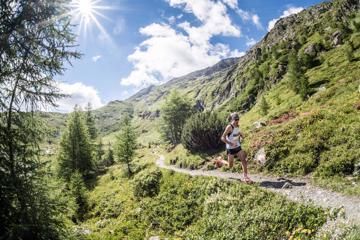