If the brief history of the IAAF World Relays is to be relied upon, then it appears the US, Kenya and Poland will duke it out for the title in the men’s 4x800m final on Sunday night.

The US are reigning champions, having obliterated their opposition to win in a swift 7:04.84 here in 2015, five seconds ahead of Poland. They return with an equally formidable line-up this year, headed by Olympic 800m bronze medallist Clayton Murphy, who started his season in superlative fashion with a world-leading time of 1:43.60 at the Mt Sac Relays last weekend.

He will be backed up by a squad boasting the talents of Casimir Loxsom, Erik Sowinski, Charles jock and Brandon Kidder.

On paper, Kenya appears to be the team with the best chance of deposing the US, with Ferguson Rotich, Timothy Kitum, Alfed Kipketer, Job Kinyor and Kipyegon Bett in their ranks. They took the title at the inaugural edition of this event in 2014, narrowly edging Poland after a thrilling final leg.

Bett clocked a noteworthy 1:44.2 in Nairobi earlier this month, where he led home Cheruiyot (1:44.7) and Kipketer (1:45.5). For good measure, both Kinyor and Kitum also ran faster than 1:46 in the same race, giving the Kenyans impressive strength in depth heading to Nassau.

The same can be said for Poland, whose team is headed up by world class duo Adam Kszczot and Marcin Lewandowski, whose tactical nous will prove a major asset in this relay format. They were part of the Polish teams which finished second in 2014 and 2015, and with 1:44.89 man Artur Kuciapski in their ranks, they are a team worthy of respect.

The Australian team, which includes Luke Matthews and Jordan Williamsz, should contend for a top-three finish, but are unlikely to challenge for the win. 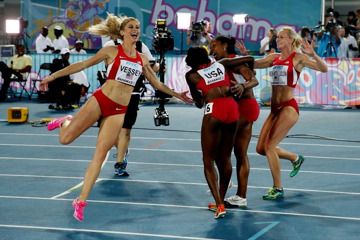 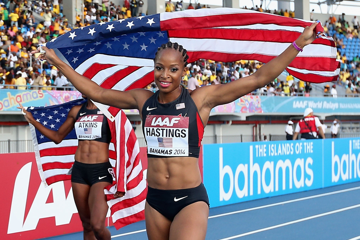