Zurich’s Weltklasse meeting on Thursday (1) looks set to once again live up to its ‘Olympics in one day’ nickname. The first of two IAAF Diamond League finals can boast the full complement of medallists from the Rio 2016 Games in six different disciplines.

Pride won’t be the only thing at stake in the Rio rematches. 16 Diamond Race titles will be decided at the Letzigrund Stadium and some contests are set to go down to the wire.

But perhaps the most anticipated contest is an event in which the Diamond Race has already been decided: the women’s 200m.

The field for the half-lap sprint contains the winners of the past four Olympic titles along with the world champions at 200m and 400m.

Schippers could, in theory, simply jog to the line and she will still take home the Diamond Trophy, such is her lead in the standings. But the Olympic silver medallist will be keen to gain revenge on Thompson after the Jamaican won in Rio with a world-leading 21.78.

The last time that four women with sub-22-second PBs lined up in one 200m race was more than 20 years ago.

Thompson, Campbell-Brown and Felix may also feature in the women’s 4x100m later in the evening.

One goal left for record-breaker Jebet

Having followed her Olympic victory with a world record run in Paris last week, Ruth Jebet has achieved two of her three main goals for this season. All that’s left to achieve for the Bahraini steeplechaser is the Diamond Trophy, which will be hers if she manages to hold off world champion and Olympic silver medallist Hyvin Kiyeng.

Jebet may have little desire to go for another world record, but with 9:00.01 performer Kiyeng and Olympic bronze medallist Emma Coburn in the race, she can’t afford to simply coast around. Kiyeng is just four points behind Jebet in the Diamond Race standings and there’s a maximum of 20 points up for grabs in Zurich.

The three medallists from Rio will also be reunited in the men’s shot put and each will have different motives.

Olympic champion Ryan Crouser will be out for revenge, having been beaten by world indoor champion Tom Walsh in their first post-Rio encounter last week in Paris. Olympic bronze medallist Walsh, meanwhile, will be aiming to maintain his lead in the Diamond Race, but will also be up against world champion and Olympic silver medallist Joe Kovacs, who will still be fired up after being beaten to gold in Rio.

Crouser is too far behind the Diamond Race leaders to contest for the Diamond Trophy, but Kovacs trails Walsh by just four points so could catch the New Zealander.

The women’s 800m is another event in which the three medallists from Rio will battle it out for valuable Diamond Race points.

Olympic champion Caster Semenya is undefeated this year and leads the Diamond Race standings, but world indoor champion and Olympic silver medallist Francine Niyonsaba could theoretically catch the South African if she were to pull off a surprise victory in Zurich.

The Olympic medallists from Rio will also feature in the men’s pole vault, women’s long jump and women’s discus, but the Diamond Race leaders in each of those events head to Zurich with unassailable leads.

That’s not to say the results of those events on the night are a foregone conclusion, though.

After finishing second to Brazil’s Thiago Braz in Rio, pole vault leader Renaud Lavillenie was beaten in Lausanne by USA’s Olympic bronze medallist Sam Kendricks. With memories of those two losses fresh in his mind, the world record-holder will want to finish his season with a flourish when he secures an unprecedented seventh Diamond Trophy.

Ivana Spanovic may have been beaten into third in Rio, but the Serbian is without doubt the most consistent long jumper in the world. Her season-long consistency means she heads to Zurich as the guaranteed Diamond Race winner, provided she takes at least one jump at the Letzigrund Stadium, where she will face world and Olympic champion Tianna Bartoletta and three-time world champion Brittney Reese.

Two-time Olympic discus champion Sandra Perkovic also looks set to retain her Diamond Race title, having been undefeated in the IAAF Diamond League this year. The Croatian will be up against world champion Denia Caballero and Olympic silver medallist Melina Robert-Michon.

Harrison promises to sizzle once more

Other disciplines in Zurich may not be able to claim a full set of Olympic medallists, but that doesn’t necessarily make them any less exciting.

Kendra Harrison has no Olympic medal to her name – she famously missed out on making the national team at the cut-throat US Olympic Trials – but she is still the hottest property in the world in the sprint hurdles.

She broke the world record with her time of 12.20 last month in London, one of five IAAF Diamond League victories for the US athlete this year. Harrison has since claimed that she is capable of running even faster, and her race in Zurich – where she’ll face 2008 Olympic champion Dawn Harper Nelson and 12.35 performer Jasmin Stowers – will provide her with another opportunity to do exactly that.

Britain’s Laura Muir came away empty-handed from a tactical 1500m final in Rio, but used it as motivation at last week’s IAAF Diamond League meeting in Paris, where she ran a world-leading national record of 3:55.22. Not only did she hand Olympic champion Faith Kipyegon her first defeat of the year, she also moved to 13th on the world all-time list.

Another victory from Muir would mean that she’d win the Diamond Race, but it won’t be an easy task as the field in Zurich contains 10 of the 12 finalists from Rio, including Kipyegon and USA’s bronze medallist Jenny Simpson.

The men’s 5000m might be one of the most open Diamond Race contests in Zurich, but one thing is certain: the overall series will be won by an Ethiopian.

Compatriots Muktar Edris, Yomif Kejelcha, Hagos Gebrhiwet and Ibrahim Jeilan could all conceivably take home the Diamond Trophy on Thursday night. Edris currently leads the Diamond Race standings, but Kejelcha is coming off the back of a world-leading victory in Paris. Gebrhiwet, meanwhile, is the only one of the quartet to have won a medal in Rio, but Jeilan came out on top at the IAAF Diamond League meeting in Stockholm earlier this summer.

Four other Olympic gold medallists head to Zurich in pole position in the Diamond Race standings, but still need to put in a solid performance to guarantee a Diamond Trophy.

Between July 2010 and July 2016, USA’s Kerron Clement won just one IAAF Diamond League race in the 400m hurdles, but the Olympic champion nevertheless leads the Diamond Race standings for 2016. Another victory over Puerto Rico’s Javier Culson and world champion Nicholas Bett of Kenya would be enough for Clement to win his first Diamond Trophy.

Meanwhile, a top-four finish from Olympic triple jump champion Christian Taylor and Olympic high jump champion Ruth Beitia in their respective events should suffice in their bids to retain their Diamond Trophies.

Olympic bronze medallist LaShawn Merritt also has a comfortable, but not unbeatable, lead in the men’s 400m Diamond Race. His toughest opposition could come from Grenada’s Olympic finalist Bralon Taplin and Steven Gardiner of The Bahamas.

The most wide-open Diamond Race contest is the men’s 100m where any one of the eight athletes in the field could, in theory, take the series victory.

Ivory Coast’s Ben Youssef Meite and USA’s Mike Rodgers are the two athletes with the best chances of winning the Diamond Race, but even Olympic 110 hurdles champion Omar McLeod – who is contesting the 100m flat in Zurich – could be in with a chance if he scoops the 20 points on offer.

Aside from the Diamond Race events, the action gets underway on Wednesday evening as the women’s pole vault takes place at Zurich Main Station, where Olympic gold and silver medallist Ekaterini Stefanidi and Sandi Morris will line up alongside each other. 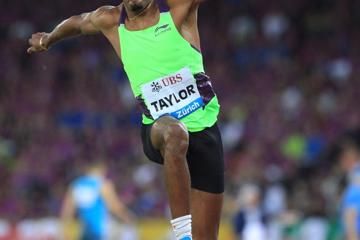 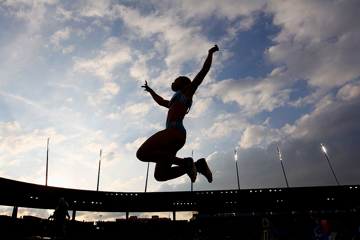 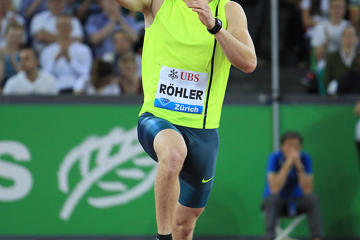 Who needs what in Zurich? – IAAF Diamond Leag...