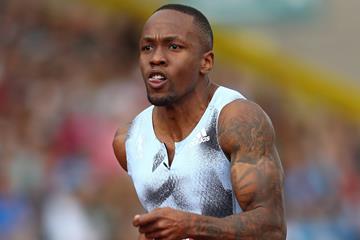 On a weekend when many fixtures have been cancelled or postponed due to the coronavirus, Pretoria’s Pilditch Athletics Stadium was a hive of activity on Friday and Saturday (13-14) as it hosted the Athletics Gauteng North Championships.

Commonwealth and African champion Akani Simbine produced the standout performance of the championships, coming within 0.02 of his own South African record when winning his 100m heat in 9.91 (1.7m/s). His performance is the fastest time ever recorded by an African athlete on African soil.

Sinesipho Dambile won the U20 contest in 20.47, matching the time he ran in the heats. Eckhardt Potgieter was close behind in 20.53 while Maswanganyi was third in 20.61, having clocked a PB of 20.50 in the heats.