Alina Shukh of Ukraine broke the world U20 indoor record* in the pentathlon on Friday (27), tallying 4550 points at the national indoor team championships in Zaporizhzhya, Ukraine.

The 17-year-old improved the previous mark of 4535 set by Carolina Klüft of Sweden in Vienna in 2002.

“My mother congratulated me after finish, but at first I didn’t understand what’s happened," said Shukh, who is coached by her mother Maia. "I did not even imagine that it was a record. Before the competition, I just wanted to show the good result.

In the years since Kluft set the previous record of 4535, two other athletes have surpassed that mark but neither performance was ratified. Nafi Thiam scored 4558 in 2013, while Kendell Williams scored 4635 one year later.

Shukh's 4354 tally last year elevated her to ninth on the world U20 all-time list. Shukh also won the European youth heptathlon title in 2016 with 6186, a world U18 best. Meanwhile, she improved to 6099 with the standard implements, the best performance by a U20 athlete last season.

Shukh, who will celebrate her 18th birthday on 12 February, will compete next at the combined events meeting in Lasnamäe, Estonia, on 3-4 February and then at the Ukrainian indoor championships on 17-19 February in Sumy. She is also hoping to compete at the European Indoor Championships in Belgrade in March.

"I want to compete there very much, it’s really very important for me," she said. "It should be a great experience I really need."

Ukrainian Athletics Federation for the IAAF 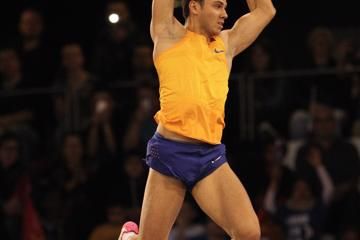 Braz wins clash of the global champions in Ro... 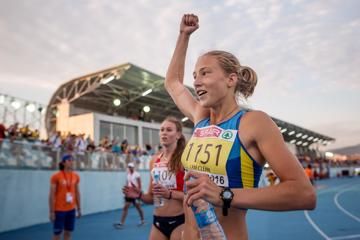