USA’s Tianna Bartoletta, who arrived in Stockholm with the top four women’s long jumps of 2014 to her credit, announced on the eve of this IAAF Diamond League meeting that she was competitive about everything, including “who can load the dishwasher fastest.”

There was no mistaking her competitive spirit on the runway at the DN Galan meeting on Thursday (21) as, with the sun dipping below the rim of the stadium and evening growing chill, she produced an inspired winning jump with her final effort of 6.98m to overtake the wind-assisted second-round leap of 6.94m which seemed likely to earn France’s double European champion Eloyse Lesueur maximum points.

In an event where her compatriot, the world and Olympic champion Brittney Reese, could only produce a best of 6.60m, it was left to Bartoletta – this year making her return to the long jump after a seven-year diversion to sprints following a serious knee injury – to fly the US flag.

Having taken the lead with her first-round jump of 6.62m, Bartoletta strove to regain that position with efforts of a windy 6.70m, 6.66m and 6.67m before her final flourish, which equalled her second best this year and was only four centimetres short of her wining effort at the IAAF Diamond League meeting in Oslo on 11 June.

Lesueur, who has a legal best of 6.92m this season, had to settle for second place ahead of Serbia’s European silver medallist Ivana Spanovic, who was third with 6.61m.

“It was really exciting to compete again after such a long break while Europe and Africa had their championships,” said Bartoletta. “It was kind of tough to be at home and watch everyone else compete so I really wanted to come out tonight and be really competitive.

“The windy conditions made it a challenge but it was a challenge all of us had so that made it an equaliser. We were all jumping up and down in our tracksuits to stay warm but I kept my focus and I just never gave up so I’m very happy with that approach.”

Earlier on this cool evening, with the bulk of the crowd still to arrive in the historic 1912 Olympic Stadium, Sandra Perkovic had taken a little time to live up to her position of overwhelming favourite in the women’s discus, not moving into the lead until the third round, when she greeted a 66.27m effort – which pushed the 65.21m third-round throw of USA’s Gia Lewis-Smallwood down to second place – with a touch of relief.

Australia’s former world champion Dani Samuels gave the current world and Olympic champion a run for her money, however, throwing 65.70m in the fourth round, but Perkovic improved again with her next throw, 66.74m.

No one was able to get any closer to the Croatian, who thus retained her Diamond Race title, as long as she competes in the final in Zurich next Thursday.

“I only had four days to recover after winning in Zurich with a 71-metre throw, so my energy was low,” said Perkovic. “I didn’t feel so good today. The circle was fast and I was lucky to hit a good throw today, but I got four points so I’m happy. I don’t feel pressured. I feel powerful. I’m number one and people are happy to see me on the field and I pay them back.”

Another of Zurich’s champions, David Storl, also woke up in the third round of the shot put with 20.77m, which took him into the lead ahead of Reese Hoffa’s opening-round effort of 20.71m.

However, the US thrower came right back at him in the fifth round as he regained the lead with an effort of 21.06m, and a final throw of 20.79 saw New Zealand’s world indoor bronze medallist and recent Commonwealth Games silver medallist Tom Walsh move into second place. The last throw of the competition fell to the German, but he fouled out.

“Well, that was nerve-wracking,” said Hoffa, who took bronze behind Storl’s silver at the London 2012 Olympic Games. “The competition is just so good. Even when I threw 21.06m, I was certain that wasn’t going to be good enough. The season has been good even if I haven’t been throwing the 22-metres bombs. But I feel I am on my way and the plan is to keep building on that and throw really big in Zurich.” 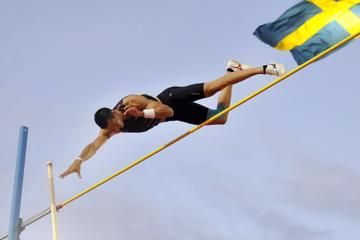 Lavillenie's winning streak comes to an end i... 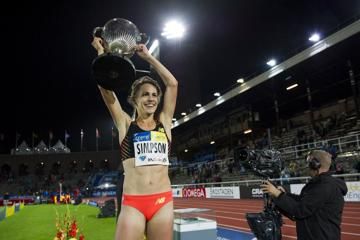