World silver medallist Christian Coleman stunned the athletics world on Friday (19) when he sped to a 6.37 world record* over 60m at the Clemson Invitational in South Carolina.

Making his first competitive appearance of the year, Coleman had hinted that something special was on the cards when he won his heat in 6.47.

One hour and 40 minutes later, Coleman – who finished one place ahead of Usain Bolt in the 100m at the IAAF World Championships London 2017 – was back on track for the final, which he went on to win in 6.37.

The 21-year-old set his previous best of 6.45 when winning the NCAA indoor 60m title last year. Outdoors, he went on to clock a 100m PB of 9.82 before earning silver medals in the 100m and 4x100m at the World Championships in London.

There were several other record-breaking performances at the Clemson Invitational.

Olympic fourth-place finisher Keturah Orji broke her own North American indoor triple jump record with 14.53m. Her record leap came in the first round and was followed by jumps of 14.28m and 14.04m. Having equalled the second-best jump of her career, Orji decided to pass her final three attempts.

Ncincilili Titi broke the South African record in the 200m, stopping the clock at a world-leading 20.45. The South Carolina student now ranks second on the African indoor all-time list.

Grant Holloway, the NCAA sprint hurdles champion indoors and outdoors, took 0.09 off his PB to win the 60m hurdles in 7.49.

In her first 800m of the season, Natoya Goule came within 0.32 of the Jamaican record with what was essentially a solo run of 1:59.86, her first indoor sub-two-minute performance.

Having set a Norwegian indoor 200m record of 21.02, European junior 400m champion Benjamin Lobo Vedel anchored Florida to victory in the 4x400m in 3:03.49. Although he had a three-second lead when he received the baton, the 20-year-old still went on to produce a 45.25 split.

Elsewhere, University of Kentucky student Tim Duckworth won the heptathlon with 6071, just 94 points shy of his own British record. Estonia's Maicel Uibo was second with 6039. 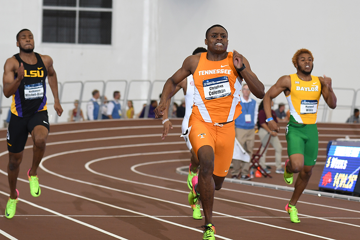 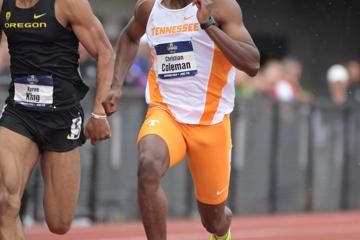 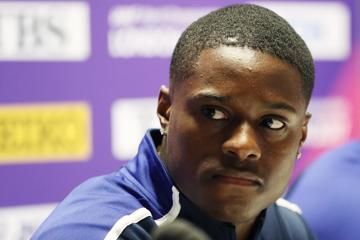 World leader Coleman prepared for his turn in...